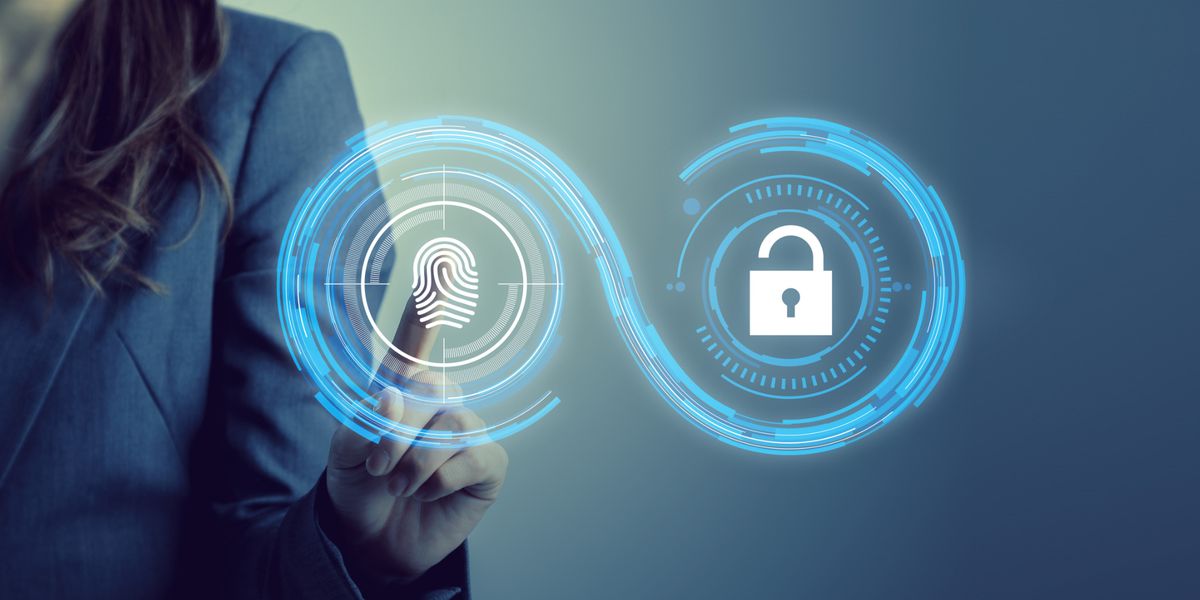 For many years, silicon Physical Unclonable Functions (PUFs) have been seen as a promising and innovative security technology that was making steady progress. Today, Static Random-Access Memory (SRAM-)based PUFs offer a mature and viable security component that is achieving widespread adoption in commercial products. They are found in devices ranging from tiny sensors and microcontrollers to high-performance Field-Programmable Gate Arrays (FPGAs) and secure elements where they protect financial transactions, user privacy, and military secrets.

Due to deep submicron manufacturing process variations, every transistor in an Integrated Circuit (IC) has slightly different physical properties. These lead to small but measurable differences in terms of electronic properties, such as transistor threshold voltages and gain factor. Since these process variations are not fully controllable during manufacturing, these physical device properties cannot be copied or cloned.

Threshold voltages are susceptible to environmental conditions such as temperature, and voltage so their values cannot be used directly as unique secret keys or identifiers.

An SRAM memory consists of a number of SRAM cells. Each SRAM cell consists of two cross-coupled inverters that each are built up by a p- and n-MOS transistor. When power is applied to an SRAM cell, its logical state is determined by the relation between the threshold voltages of the p-MOS transistors in the invertors. The transistor that starts conducting first determines the outcome, a logical '0' or '1'.

It turns out that every SRAM cell has its own preferred state every time the SRAM is powered resulting from the random differences in the threshold voltages. This preference is independent from the preference of the neighboring cells and independent of the location of the cell on the chip or on the wafer.

Hence an SRAM region yields a unique and random pattern of 0's and 1's. This pattern can be called an SRAM fingerprint since it is unique per SRAM and hence per chip. It can be used as a PUF.

Keys that are derived from the SRAM PUF are not stored 'on the chip' but they are extracted 'from the chip', only when they are needed. In that way they are only present in the chip during a very short time window. When the SRAM is not powered there is no key present on the chip making the solution very secure.

The deep submicron process variations that determine PUF behavior are frozen during manufacturing and do not change afterwards. Hence the preference of the SRAM cells is persistent and stable over time.

However, there is still a degree of noise. A small number of the cells, close to equilibrium are unstable and display a seemingly random startup preference. So, each time the SRAM starts up, a slightly different pattern emerges. This noise component is dependent on temperature, voltage ramp, and operating conditions.

The noise of SRAM-based PUF responses has been exhaustively characterized and tested under a wide variety of circumstances and foundry processes:

In particular, the SRAM PUF has been qualified for automotive, industrial and military use in collaboration with customers and partners.

Millions of measurements have been performed. Under all these circumstances the average noise level of the SRAM-based PUF response was found to be lower than about 15%. Despite this amount of noise, it is possible to reconstruct a high-entropy device unique and reliable key every time the SRAM is powered. This can be done by applying error correction techniques, such as 'helper data algorithms'[1] or 'fuzzy extractors'[2]. These algorithms perform two main functions that will be explained below: error correction and privacy amplification.

Error correction techniques for cryptographic key reconstruction require an enrollment phase and a reconstruction phase. In the enrollment phase (a one-time process) the PUF response is mapped onto a codeword of an error correcting code. Information about the mapping is stored in the Activation Code (AC) or helper data. The AC is constructed such that it does not leak any information about the key. It should be stored in memory that is accessible by the PUF algorithms, but it can be stored off-chip as it is not sensitive. Any change to the AC, malicious or not, will prevent key reconstruction. The AC is only valid for the chip on which it was created.

Each time the device runs an authentication protocol and needs the secret PUF key, a new noisy PUF measurement is carried out and the PUF key (without noise) is extracted from the AC and this new PUF response. This is called the reconstruction phase. Both enrollment and reconstruction phases are illustrated in Figure 2.

Figure 2: Enrollment and reconstruction phase for the generation of PUF keys. Note that R is the initial PUF response during enrollment while R' is a PUF response in the field with a noise component.

Secret keys provide security based on the fact that they are completely random and hence unpredictable. Physical measurements, such as PUF responses, have a high degree of randomness, but are usually not completely uniformly random. Privacy amplification is used to generate uniformly random keys.

By combining error correction and privacy amplification, a 1kByte SRAM PUF response can be turned into a 256-bit uniformly random key and only approximately 0.5 kByte is needed for a 128-bit key with full randomness. A typical SRAM PUF contains so much entropy that only a few dozen bytes are needed to provide a collision-free globally unique identifier that can be used as a unique (but noisy) electronic chip ID (ECID) or as a serial number.

Dedicated security labs and security teams at customers have analyzed the security of Intrinsic ID's SRAM PUF against various invasive and non-invasive physical attacks without revealing any weaknesses. Attacks with Scanning Electron Microscopes, Lasers, FIBs and probes have not been successful. Side-channel attacks have not led to any leakage of sensitive information.

Accelerated aging tests have been performed on SRAM PUFs to investigate the noise level as a function of time. By using a patented anti-aging technique[3] a 25-year lifetime can be guaranteed for SRAM PUF technology.

Intrinsic ID has bundled the above error correction, randomness extraction, security countermeasures and anti-aging techniques into its products. They extract cryptographic keys from the SRAM PUF in a very secure manner and are available as Hardware IP (netlist) called QuiddiKey®, firmware (ANSI C Code) called BroadKey™, or a combination of these by using BroadKey's hardware interface. These hybrid solutions combining hardware and software offer great efficiency when already integrated hardware accelerators, such as for (a-)symmetric cryptography, are used in combination with SRAM PUF technology.

The hardware IP is small and fast – around 25K gates / 50K cycles – and connects to common interconnects, such as AMBA® AHB, APB as well as proprietary interfaces. A Built-In Self-Test (BIST), diagnostics, and health checks are included in the logic. A driver is provided to ease integration with software. Since it is pure digital, single clock logic it synthesizes readily to any technology.

Software reference implementations start from 4KB of code and are available for major platforms, such as ARM®, ARC®, Intel®, MIPS and RISC-V. Software implementations can be used to add PUF technology to existing products by a firmware upgrade. Intrinsic ID also provides versions of BroadKey that are pre-integrated with ARM® TrustZone®.

Both QuiddiKey hardware and BroadKey software solutions can be optimized for low footprint, low latency or low memory use depending on the application. Re-using or integrating with existing crypto cores and random number generators can further enhance performance and reduce footprint. Intrinsic ID solutions come with comprehensive product specifications and integration guidelines including reference code that illustrates usage of the API offered to the application programmer.

These Intrinsic ID products use uninitialized SRAM. This can be a separate SRAM block or a part of a bigger existing SRAM. Standard SRAM suffices. To store the Activation Code (AC), access to a storage medium is needed. This can be embedded Non-Volatile-Memory (NVM), a separate memory on the board, e.g. flash, or cloud storage. For the firmware version BroadKey, a microcontroller is needed for which a C-compiler exists. The PUF algorithms can be stored in any NVM e.g., flash, ROM.

Note that SRAM is embedded in almost any microprocessor and SoC, in every technology node and is part of the standard manufacturing process. There is no need for time-consuming qualification and chip testing, as extensive testing by Intrinsic ID and its partners has shown that technology reliably scales down to the smallest technology nodes currently available.

Use in the Field

SRAM-based PUFs are commercially available from semiconductor companies. They are already deployed in a wide range of microcontrollers, FPGAs and smart card controllers. In other markets, software implementations[4] have enabled rapid deployment of this technology even as a retrofit solution. Intrinsic ID has partnered with leading semiconductor companies and developed solutions for protecting embedded systems, sensors, and controllers. More information about our SRAM PUF deployments can be found on our website: https://www.intrinsic-id.com.

SRAM-based Physical Unclonable Functions have been successfully implemented in commercial products. SRAM PUFs combine high security and reliability with low cost, low footprint designs, and easy implementation. They have been deployed in many devices, from tiny microcontrollers and sensors to high performance FPGAs and secure elements.

Numerous implementations have consistently demonstrated the reliability and security of the technology. SRAM PUFs are a mature and robust technology, designed for security and based on solid theoretical foundations. SRAM PUFs have gained their credibility in high security markets and are now gaining traction in markets ranging from low-cost IoT applications to high-end security solutions for government, defense, and the payment industry.

How to Get Started on Building Trust in Your Chips? Use QuiddiKey!

Intrinsic ID is the world’s leading provider of security IP for embedded systems based on physical unclonable function or PUF technology. The technology provides an additional level of hardware security utilizing the inherent uniqueness in each and every silicon chip. The IP can be delivered in hard...

What Are the Quantum Computing Threats to Security?

How to Get Started on Building Trust in Your Chips? Use QuiddiKey!

To secure the billions of devices that are being connected to the Internet of Things, every device needs to have the capability to protect sensitive data and secure communications.