3D printers may soon get better at producing intricate metal and plastic parts, thanks to new software developed at the University of Michigan that reduces harmful heat buildup in laser powder bed fusion printers.

Called SmartScan, the software demonstrated a 41% improvement in heat distribution and a 47% reduction in deformations in a recent study.

It’s also likely to speed the manufacturing process in two ways: by reducing the need for printers to slow down to help with cooling and by significantly reducing heat-caused defects that must be corrected after printing.

Laser powder bed fusion is a form of 3D printing used in aerospace, automotive and biomedical industries to manufacture parts that are too intricate to make with conventional manufacturing. It uses a laser to fuse layers of powdered metal or plastic together. But the laser’s heat can build up in the delicate parts being printed, causing deformation and other defects.

“This problem gets even more serious for parts with really thin features,” said Chinedum Okwudire, U-M associate professor of mechanical engineering and corresponding author of the paper in Additive Manufacturing. “The heat doesn’t have a lot of room to spread, so you need to be smart about how you move the laser around, otherwise your part will deform in really weird ways.”

SmartScan tackles the problem by considering how heat flows within a given part and mapping an optimized scan sequence to limit heat accumulation in any given area. It analyzes the shape of the part and the thermal properties of the material being used, including conductive and convective heat transfer. 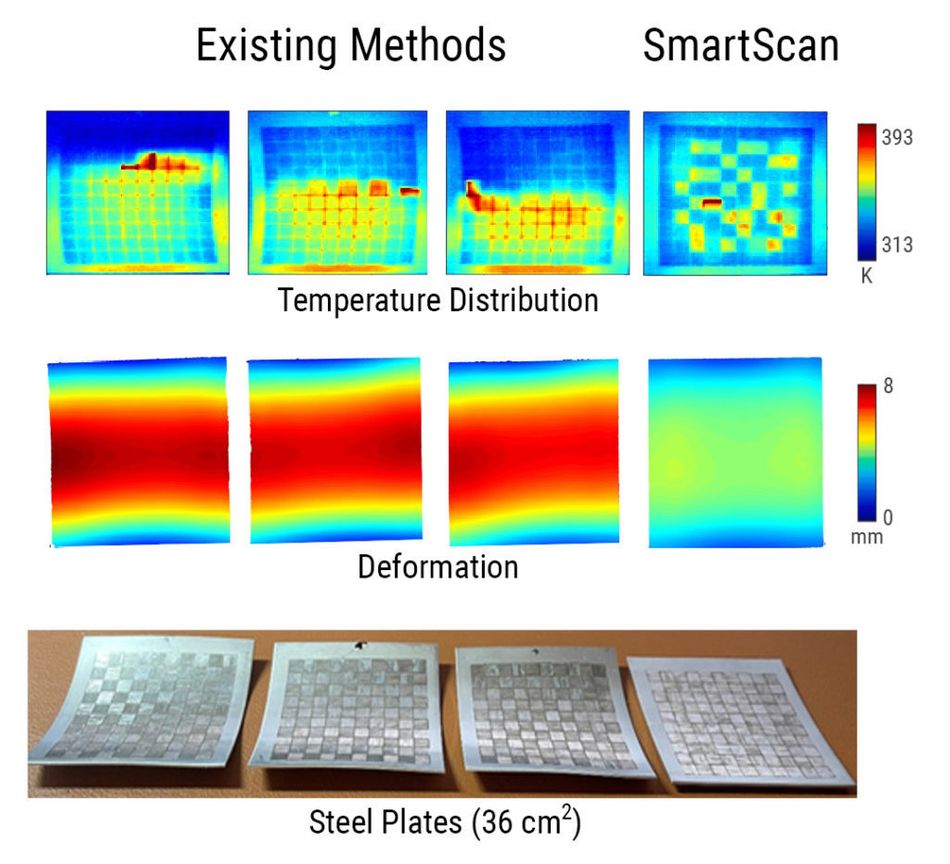 Others in the field have experimented with varying printing patterns to reduce heat buildup, for example by jumping from one area to another or alternating between horizontal and vertical scanning directions. But Okwudire says SmartScan is the first solution that uses a thermal model to optimally guide the laser to distribute heat more evenly.

“When you bring science into it, you can do it in a way that is better and works for even the most intricate parts,” Okwudire said.

To determine the effectiveness of this first version of SmartScan, the researchers used a laser to imprint an identical pattern on two stainless steel plates. They used the SmartScan process for the first plate and switched to traditional printing patterns for the second plate. The prints made with SmartScan were consistently less warped and showed more uniform heat distribution during the marking process than the other methods. 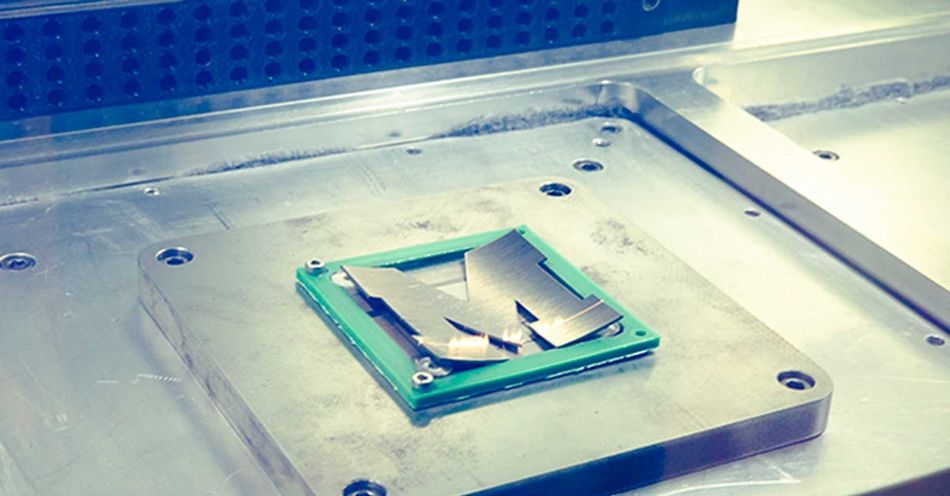 A steel plate in the shape of a Block M is marked with a laser inside the LPBF Panda 11 printer. Photo: Evan Dougherty/Michigan Engineering

Based on the results of the experiment, the team is confident that, with further research, they’ll be able to adapt SmartScan to build full 3D parts. They plan to further improve the software by factoring the fusing of metal or plastic powder into their thermal modeling, as well as enabling active updating of a scan sequence during printing based on real-time observed temperature measurements using an infrared camera.

“The results are very promising, and we’ve gotten a lot of positive feedback,” said Okwudire, who has started to demonstrate the software to industry partners. “We went with a simple model because it works, and it works better than the trial-and-error approaches used today. We wanted to focus in a direction that is practical and truly has the chance to make a difference.”

For the first time, KIT researchers have succeeded in producing components made of tungsten for use in the high-temperature range in the 3D printing process of electron beam melting.

Imagine having your own digital personal chef; ready to cook up whatever you want; able to tailor the shape, texture, and flavor just for you; and it’s all at the push of a button.

Ultimaker Cura 4.12 has officially landed – and is the result of hours of print process testing and optimizations by our talented and passionate materials and software engineers.