Photo by Kumpan Electric on Unsplash

An electric car with a long range, a cell phone that you only need to charge once a week. Not only are we using more and more batteries, but we also want them to be compact, able to store a lot of energy and to charge quickly. Physicist Norah Hornsveld worked on the understanding and optimalization of nanometer-thin film layers to improve the rechargeable lithium-ion battery.

Look at the increasing numbers of electric cars, but also e-bikes on the road: we want to drive more electrically. We also make increasing demands on our portable electrical equipment. Batteries therefore play an important role in the transition to a sustainable world, which is why much research is focused on batteries that perform better, are safer, lighter, and cheaper.

Conventional rechargeable lithium-ion (Li-ion) batteries consist of two metal contacts (the plus and minus pole) with two electrodes in between and a liquid salt solution (electrolyte) in the middle. Lithium ions can flow through the electrolyte back and forth between the two electrodes, explains PhD student Norah Hornsveld.

"Li-ion batteries have a relatively high energy and power density, but given the high societal demand, that's still not high enough for many of the applications. Another problem is safety. The electrolyte liquid is flammable and can even explode under certain conditions."

According to Hornsveld, most problems arise at the interface between the electrode and the liquid electrolyte. When a battery first charges, an intermediate phase is created there by the chemical reactions. It can become very thick and porous and consume active Li-ions. This limits the performance and durability of the battery. 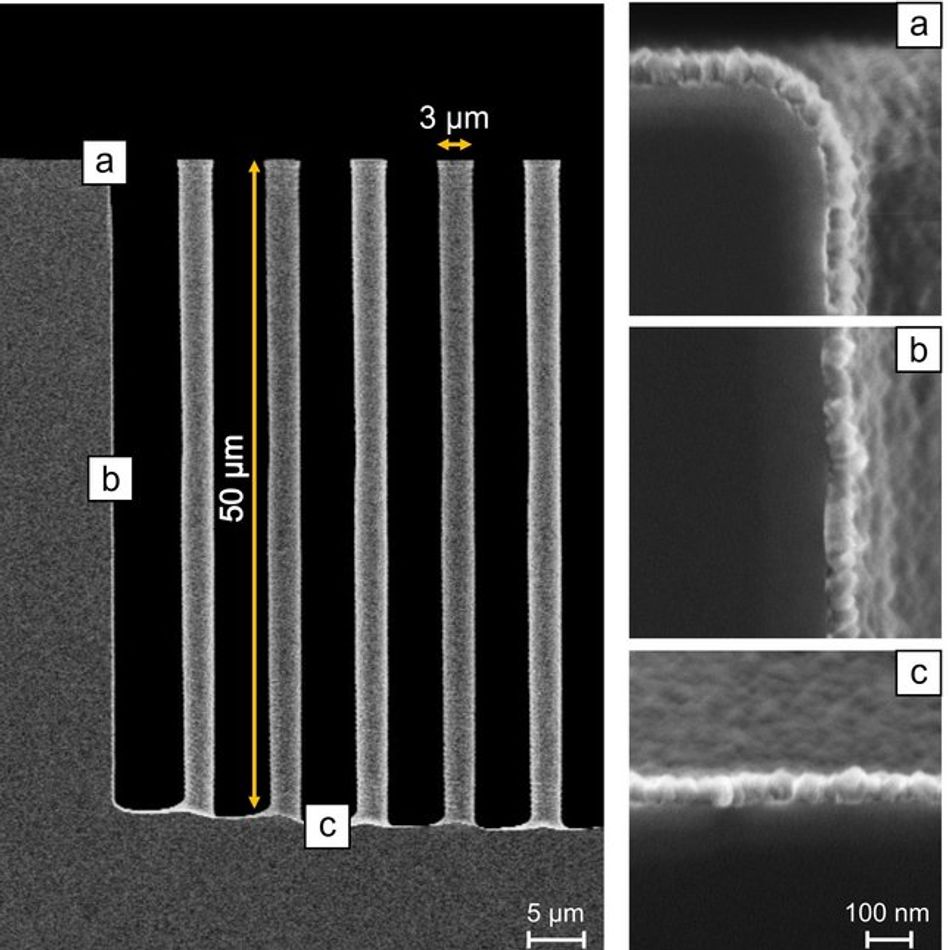 An example of the ultrathin layers that Hornsveld was able to create with ALD. This image comes from a Scanning Electron Microscope (SEM).

She used a special technique, Atomic Layer Deposition (ALD), to develop film layers a few nanometers thick for this purpose. "Using gases and plasma, we can grow a film of one or more atomic layers in a reactor. Because of the self-limiting nature of ALD, this succeeds in a very controlled way. Everywhere, the film has the same thickness and super quality.”

This is particularly interesting for applying a uniform layer to electrodes with a more advanced surface topology. “I looked at how you can influence the properties of the ultra-thin films by changing the ALD process parameters.”

"We were able to make films of different materials, with variable properties such as composition, layer thickness and crystallinity. This is important to be able to adapt the film to specific electrode materials." 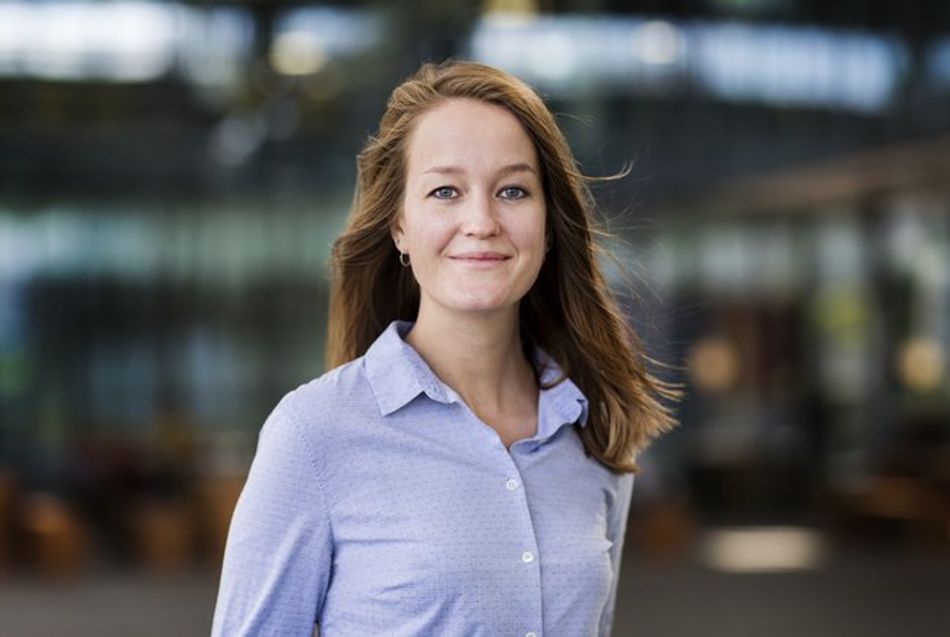 Norah Hornsveld: "We show that even a small change - ultra-thin in this case - can be a big improvement."

With the developed processes, Hornsveld hopes to give more insight in the possibilities to improve the battery interface and provide a protective layer for the electrodes. Although her research is fundamental, she expects that certain processes can be applied on a large scale. "We show that even a small change - ultra-thin in this case - can be a big improvement."

She also thinks her work will contribute to the development of next-generation batteries, such as the ‘solid state battery’. In this battery, the electrolyte is a solid material rather than a liquid, so there are fewer problems at the electrode-electrolyte interface. The solid-state battery is therefore safer and has a higher energy density.

"My research suggests that plasma ALD processes could also be very interesting for making battery materials, because these offer more freedom in process parameters in order to adjust the properties of the layers. Next to that, they can be used to apply a uniform thin layer to 3D structures," Hornsveld said.

In the SKALE research project, KIT and partners are working on the design, simulation and construction of a charging infrastructure for electric cars with decentralized renewable energies and stationary storage