Solar thermal power plants use concentrated sunlight to first generate heat and then electricity. They are already in use today in particularly sunny regions, such as Spain, the USA or Chile. To further advance this technology and make it more competitive, the German Aerospace Center (Deutsches Zentrum für Luft- und Raumfahrt; DLR), together with the Portuguese University of Évora and European industrial partners, has built and commissioned a unique test facility. The Évora Molten Salt Platform (EMSP) is one of the world's first plants to use molten salt instead of thermal oil as a heat transfer medium. The official inauguration took place on 28 April 2022 in the presence of representatives of the project partners and the Portuguese and German governments.

"Today we begin operating the Évora Molten Salt Platform (EMSP) with the aim of converting the energy of the Sun into controllable electricity. To do this, we are using molten salt – an innovative and competitive technology – to transfer and store heat. The activities developed so far on the EMSP platform prove and validate the feasibility of this type of solar thermal power plant. Considering the goals of the energy transition and the energy crisis that Europe is experiencing, today’s opening is a special day – for us as a university, for the region, for Portugal and for Europe," said the Rector of the University of Evora, Ana Costa Freitas. "Using the energy of the Sun in such a productive way is certainly a field with great possibilities. At the same time, the project is an example of excellent research, good technology transfer and productive networks."

“The Évora Molten Salt Platform is an important step towards advancing solar thermal power as a technology for the energy transition. This facility enables us to test the use of molten salt at the power plant scale for its reliability and operational safety. Both are important criteria for moving quickly from laboratory scale to industrial application and increasing competitiveness,” said Karsten Lemmer, the DLR Executive Board Member responsible for Innovation, Transfer and Research Infrastructure, at the inauguration. "DLR is one of the pioneers of this technology; already today, almost every solar thermal power plant contains some of our expertise. We want to continue this success story together with our partners from scientific research and industry." 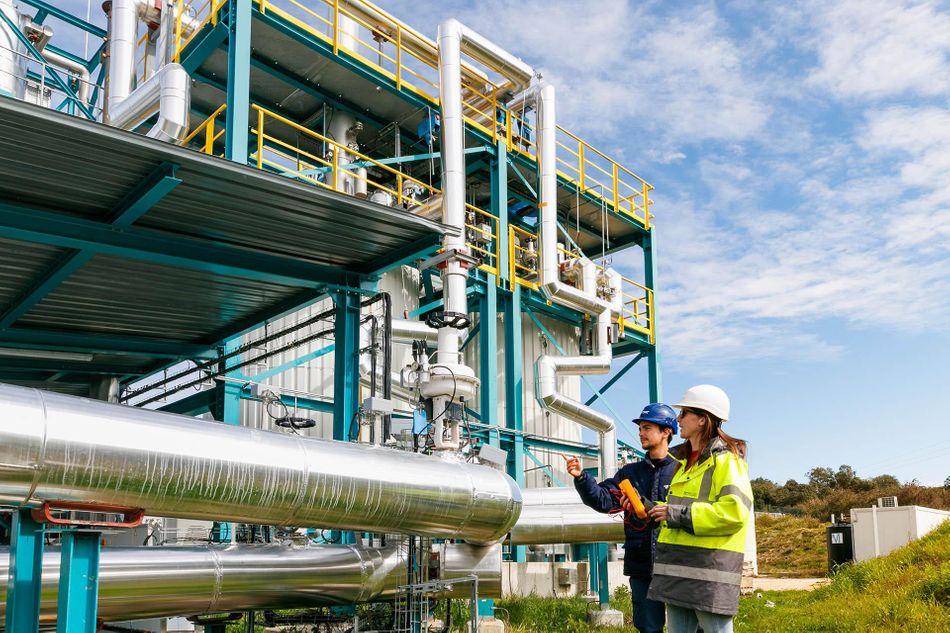 Molten salt can be used at temperatures of up to 550 degrees Celsius. For thermal oil, the limit is 400 degrees Celsius. The higher temperature range of molten salt has the decisive advantage that the conversion of solar energy into thermal energy and ultimately electricity takes place more efficiently. Solar thermal power plants using molten salt could thus provide electricity up to 20 percent lower in cost.

Technologically, however, the use of molten salt is challenging, because the salt must be kept at a constant high temperature to remain liquid. Depending on the type, the salt only liquefies at between 130 and 240 degrees Celsius. Below that temperature, it solidifies again, which can damage components and shut down the plant. Researchers at the DLR Institute of Solar Research have therefore specially designed all components and the entire system to keep the temperatures high and safely above the melting point. An electric heater also ensures that the salt does not solidify when the system is first filled and during operation.

A total of approximately 88 tonnes of salt circulate in the pipelines and tanks of the test facility. This salt is also used in a similar manner as fertiliser and is traded worldwide at a scale of 100 million tonnes.

How concentrated solar radiation is turned into heat and electricity

The test plant works with parabolic trough collectors – special, curved mirrors that stand in two long, parallel rows. They have a total length of almost 700 metres and focus the solar radiation onto pipes in the middle of the troughs. The pipes contain a heat transfer medium – in this case molten salt. This absorbs the thermal energy from the concentrated solar radiation and transports it away to be used. This energy can be used to evaporate water. The resulting steam is then used to drive a generator via a turbine, thus producing electricity. Alternatively, the heat transfer medium and thus the thermal energy itself can be stored in large tanks for up to 12 hours.

The solar field of the EMSP has a total output of 3.5 megawatts. The four parabolic trough collectors connected in series form what is referred to as a collector loop, the smallest basic element. For commercial plants, 50 to 100 such collector loops would be connected to provide the required energy.

Currently, the cost of electricity from solar thermal power plants is higher than from photovoltaics. However, solar thermal plants have a decisive advantage due to their integrated heat storage – they can also produce power when it is cloudy and at night. This makes them one of the few options currently available for providing renewable energy in a continuous and controllable manner. In suitably sunny areas, they could therefore contribute to securing the base load in the future – as a sustainable alternative to gas, coal or nuclear power plants.

In Germany, solar thermal power plants will not be economically viable for electricity generation in the foreseeable future. However, the technology represents an interesting prospect for supplying industry – for example in the food sector – with process heat from renewable sources in Germany as well, thus contributing to the thermal transition. Such plants would then tend to be smaller in size and would be built on the premises of the user companies.