Robots fitted with ultraviolet light lamps that roam vineyards at night are proving effective at killing powdery mildew, a devastating pathogen for many crops, including grapes.

Researchers at Cornell AgriTech in Geneva, New York, have partnered with SAGA Robotics in Norway to develop the first commercial robotic units, and the autonomous vehicle robots will appear on the market this year.

This spring, the researchers are using two such robots to conduct field trials on Chardonnay grapes at two sites – Cornell AgriTech’s research vineyards in Geneva, and at Anthony Road Wine Co. in Penn Yan, New York.

Studies at Cornell on the use of UV light to kill grapevine powdery mildew date back to 1991, while trials in cooperation with the University of Florida successfully controlled powdery mildew in strawberries in field trials over the last four years. The latest grape trials controlled not just powdery mildew, but another destructive disease called downy mildew. Collaborations with other universities have also led to trials with squash, pumpkins, cucumbers, hops, basil and industrial hemp.

“For Chardonnay grapes, we’ve got effective suppression of powdery mildew over a period of two years, with treatments once a week,” said David Gadoury, senior research associate in the Department of Plant Pathology and Plant-Microbe Biology at Cornell Agritech, who leads the project.

The UV-light technique is a breakthrough against powdery and downy mildew, which can adapt to chemical antifungal sprays in a single season, costing chemical companies hundreds of millions of dollars in development, along with environmental impacts.

“Everywhere grapes are grown, growers have to worry about powdery mildew,” said Lance Cadle-Davidson, Ph.D. ’03, a research plant pathologist at the Grape Genetics Research Unit at the United States Department of Agriculture’s Agricultural Research Service in Geneva, and a partner on the project.

“A typical grape grower will spray chemical fungicides for powdery mildew management between 10 and 15 times each year,” said Cadle-Davidson, who is also an adjunct assistant professor in Cornell’s Department of Plant Pathology.

Powdery mildews have co-evolved with the plants they attack over millions of years and often develop resistance to chemical treatments very quickly. But their evolution has also given them an Achilles heel: adaptation to natural cycles of light and dark.

UV light damages DNA though many organisms have developed biochemical defenses against this damage, which is triggered by blue light found in sunlight.

“What makes it possible for us to use UV to control these plant pathogens is we apply it at night,” Gadoury said. “At night, the pathogens don’t receive blue light and the repair mechanism isn’t working.”

At the same time, the researchers use lamps that deliver a low dose of UV light, killing the pathogen without harming the plant. The technique has also proven effective against downy mildew and some insect pests.

In earlier trials, researchers used an array of UV lamps mounted on a tractor wagon. But the method is less practical due to the all-night labor required to treat a vineyard. The robots are autonomous vehicles fitted with 8-by-4-foot arrays.

“These machines will work seven nights a week, all night long,” Gadoury said.

Cadle-Davidson is also developing imaging technology in partnership with scientists at Carnegie Mellon University that will detect and quantify mildew on grape leaves. 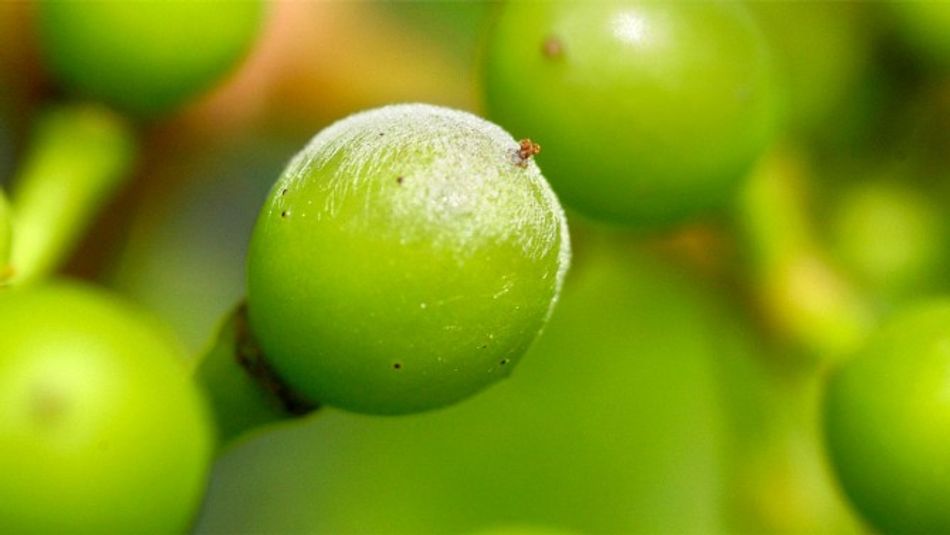 “We’re right now on version 1.0 of this UV robot treatment, which applies the same dose of UV light to every vine regardless of whether it’s sick or healthy,” Cadle-Davidson said. “Our long-term vision is we’ll couple these detection and treatment approaches across the vineyard in an automated way.”

The first robotic cutting mechanism — or “end-effector” — for a fully automated, computerized pruning system for modern apple orchards has been designed by a Penn State research team, an early step in the creation of a technology aimed at easing challenges facing tree-fruit growers.