Mantis shrimp pack the strongest punch of any creature in the animal kingdom. Their club-like appendages accelerate faster than a bullet out of a gun and just one strike can knock the arm off a crab or break through a snail shell. These small but mighty crustaceans  have been known to take on octopus and win.

How mantis shrimp produce these deadly, ultra-fast movements has long fascinated biologists. Recent advancements in high-speed imaging make it possible to see and measure these strikes but some of the mechanics have not been well understood.

Now, an interdisciplinary team of roboticists, engineers and biologists have modeled the mechanics of the mantis shrimp’s punch and built a robot that mimics the movement. The research sheds light on the biology of these pugnacious crustaceans and paves the way for small but mighty robotic devices.

The research is published in the Proceedings of the National Academy of Sciences.

“We are fascinated by so many remarkable behaviors we see in nature, in particular when these behaviors meet or exceed what can be achieved by human-made devices,” said Robert Wood, the Harry Lewis and Marlyn McGrath Professor of Engineering and Applied Sciences at the Harvard John A. Paulson School of Engineering and Applied Sciences (SEAS) and senior author of the paper. “The speed and force of mantis shrimp strikes, for example, are a consequence of a complex underlying mechanism. By constructing a robotic model of a mantis shrimp striking appendage, we are able to study these mechanisms in unprecedented detail.”

Many small organisms— including frogs, chameleons, even some kinds of plants — produce ultra-fast movements by storing elastic energy and rapidly releasing it through a latching mechanism, like a mouse trap. In mantis shrimp, two small structures embedded in the tendons of the muscles called sclerites act as the appendage’s latch. In a typical spring-loaded mechanism, once the physical latch is removed, the spring would immediately release the stored energy.

But when the sclerites unlatch in a mantis shrimp appendage, there is a short but noticeable delay.

“When you look at the striking process on an ultra-high-speed camera, there is a time delay between when the sclerites release and the appendage fires,” said Nak-seung Hyun, a postdoctoral fellow at SEAS and co-first author of the paper. “It is as if a mouse triggered a mouse trap but instead of it snapping right away, there was a noticeable delay before it snapped. There is obviously another mechanism holding the appendage in place, but no one has been able to analytically understand how the other mechanism works.”

“We know that mantis shrimp don't have special muscles compared to other crustaceans, so the question is, if it's not their muscles creating the fast movements, then there must be a mechanical mechanism that produces the high accelerations,” said Emma Steinhardt, a graduate student at SEAS and first author of the paper.

Biologists have hypothesized that while the sclerites initiate unlatching, the geometry of the appendage itself acts as a secondary latch, controlling the movement of the arm while it continues to store energy. But this theory had not been tested. 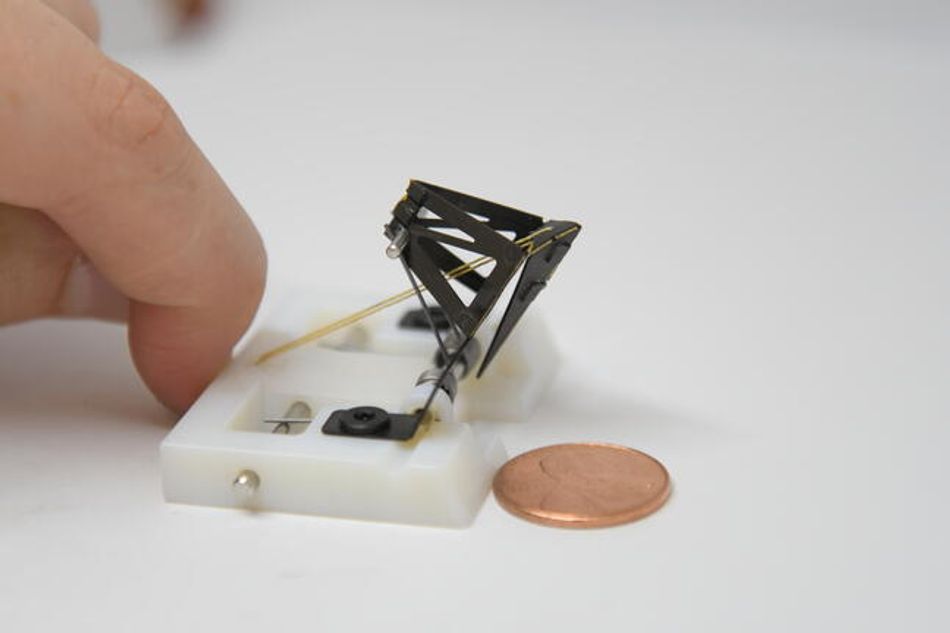 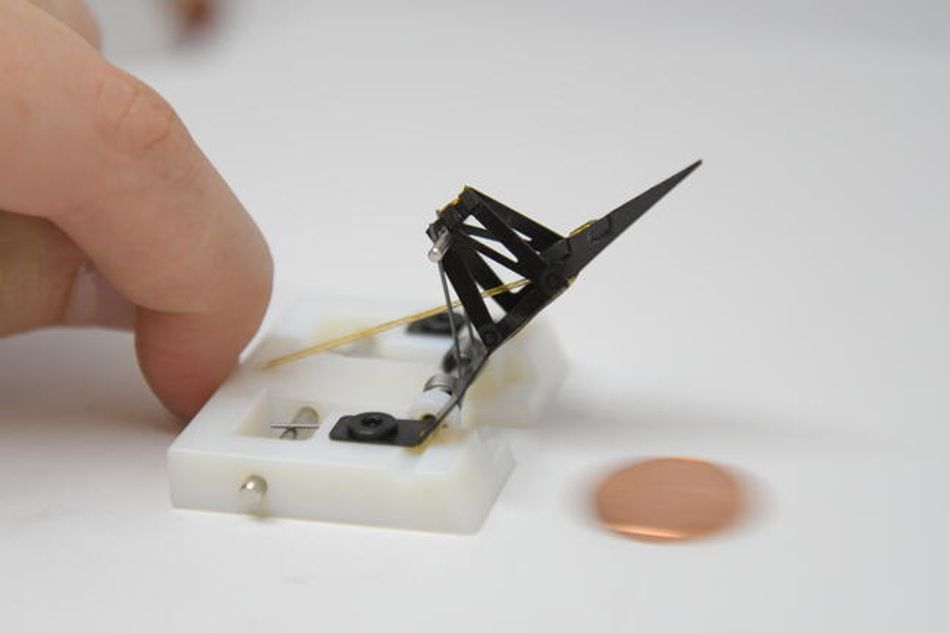 The research team tested this hypothesis first by studying the linkage mechanics of the system, then building a physical, robotic model. Once they had the robot, the team was able to develop a mathematical model of the movement. The researchers mapped four distinct phases of the mantis strike, starting with the latched sclerites and ending with the actual strike of the appendage. They found that, indeed, after the sclerites unlatch, geometry of the mechanism takes over, holding the appendage in place until it reaches an over-centering point and then the latch releases.

“This process controls the release of stored elastic energy and actually enhances the mechanical output of the system,” said Steinhardt. “The geometric latching process reveals how organisms generate extremely high acceleration in these short duration movements, like punches.”

The researchers mimicked this process in a 1.5-gram, shrimp-scale robot. While the robot didn’t reach the speed of a mantis shrimp strike, its speed clocked in at 26 meters per second in air — with an acceleration equivalent to a car reaching 58 mph in four milliseconds. The device is faster than any similar devices at the same scale to date.

“This study exemplifies how interdisciplinary collaborations can yield discoveries for multiple fields,” said co-author Sheila Patek, Professor of Biology at Duke University. “The process of building a physical model and developing the mathematical model led us to revisit our understanding of mantis shrimp strike mechanics and, more broadly, to discover how organisms and synthetic systems can use geometry to control extreme energy flow during ultra-fast, repeated-use, movements.”

This approach of combining physical and analytical models could help biologists understand and roboticists mimic some of nature’s other extraordinary feats, such as how trap jaw ants snap their jaws so quickly or how frogs propel themselves so high.