Nimble, agile, lightweight, gentle—these are not words usually associated with a robot. Heavy, bulky, and mechanical are better descriptors, even as the technology becomes smaller and more capable. But why aren’t robots nimble, agile, or lightweight yet? While technologies in areas like AI, computation, and memory have advanced very quickly, there is one important area in need of a major breakthrough: motors.

If you want a robot to be able to act, it needs to have an actuator—something that causes movement. The most common kind of actuator for robots is an electric motor. Aside from powering the robot, it also has bearing on the robot’s capabilities. For a robot to lift a heavy object, it needs a motor capable of powering it to lift both the weight of the object and the robot’s own weight. For example, if it’s lifting a 100-pound load, it may need to be able to lift 200 pounds total to account for its own weight. It’s a cycle: the more a robot is able to lift, the bigger the motor needs to be. But the bigger the motor, the heavier and clunkier the robot itself is.

Michael McHenry and his team may have the solution to break this cycle. He is working on motor materials and design that could reduce the size of an electric motor by three times or more, with the ability to transform the same amount of power.

Current motors, usually made from silicon steels, are designed to operate at a speed where energy loss in the form of heat is barely tolerable. It’s not possible to make them smaller or spin them faster in order to transform more power—the materials heat up to the point where it would destroy the motor. However, the soft magnetic materials that McHenry and his collaborators have developed generate much less heat. By incorporating these materials, it is now possible to spin the motors faster, increasing the power output by three or four times more than motors made from traditional silicon steels. Alternatively, the motor size may be reduced by the same factor to transform the same amount of power. 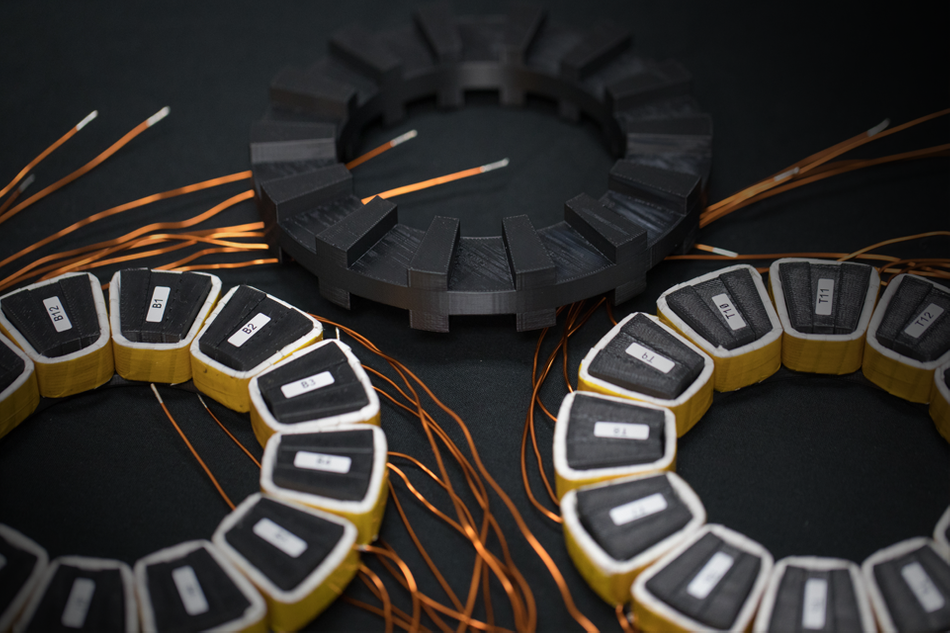 The research team is also designing new motor topologies, or the way in which motors are constructed. This includes novel axial motor designs developed by Satoru Simizu, a senior scientist in McHenry’s group. With smaller, lighter weight, and more powerful motors, a robot the size of a gorilla could potentially be the size of a dog but maintain the same capabilities. It could climb stairs, go through doors, or perform other movements faster and more nimbly.

McHenry and his team are first working to develop a small motor that could soon be ready for use in robots. The following steps include working with industry partners to scale up the motors for use in larger electric applications, such as vehicles and aerospace applications. With this technology, any application that needs a motor could be seeing big efficiency, size, and cost savings in the near future.

“As a materials scientist, I wanted to use my expertise where it could have the most impact, so I got into the motors space,” said McHenry. “With 50% of the world’s energy going through a motor at some point in time, improving motor efficiency could have huge ramifications.”

Benjamin Katz '16, SM '18 is applying the skills he gained working on MIT's mini cheetah robot to the ATLAS project at Boston Dynamics.