Illustration by Dmitry Lisovsky for ITMO.NEWS

Every manufacturer dreams of a quick, easy and cheap way to protect their products from forgery. Software and video game developers have more or less solved the problem by taking user interaction online. But physical objects can still be forged and there is almost no way to make them password-protected. In this case, only special stickers or watermarks can be of help.

“Currently, the market for polygraphic materials that can protect goods from counterfeit is growing exponentially,” explains Alexander Vinogradov, head of ITMO’s ChemBio Cluster. "Various QR codes and special signals are now used for these purposes, but it would be great to have a more accessible protection method that doesn’t require attracting substantial investments. At the same time, uniqueness of products that can be detected using methods available at hand allows us to confirm their authenticity. Such methods have to be constantly updated, however, as sooner or later they are reproduced by opportunistic manufacturers. Using inkjet printing to counter forgery can make the production of packaging products significantly easier, but first we would have to fine tune the chemical composition of ink over a period of several years."

Tasks to be solved

Researchers from ITMO’s ChemBio Cluster have been working for five years to achieve application of organized high resolution nanostructure with methods accessible to solution chemistry. The project was supported by the Russian Science Foundation, and the results acquired on the first step were enough to strike a contract with JSC RPC KRYPTEN that includes implementing the new technology into the company’s manufacturing cycle.

To achieve this, a number of theoretical and practical tasks had to be solved first. Namely, the researchers had to create special colloidal ink based on cellulose nanoparticles that could orient themselves in a specific way on a surface when ink is settled by inkjet printing. Nanorod-like crystals are programmed to position themselves along one axis turning into an optically active surface once the ink drops dry. This allows the necessary optical color effects to appear in polarized light.

“We had to find a way to apply an anisotropic optical structure to a transparent substrate using an inkjet printer,” says Alexander Vinogradov. “In an anisotropic optical structure, cellulose nanoparticles spin around one of the axes comprising the so-called chiral nematic structure. Put simply, it means that nanoparticles in a multilayer system have a specific order instead of distributing themselves at random. The thickness of such covers created by ink settling is chosen to allow for interference in polarized light. Thus, colored optical feedback of a printed image that is unseen in daylight can be easily detected when subjected to light from any LCD screen, including that of a smartphone.” 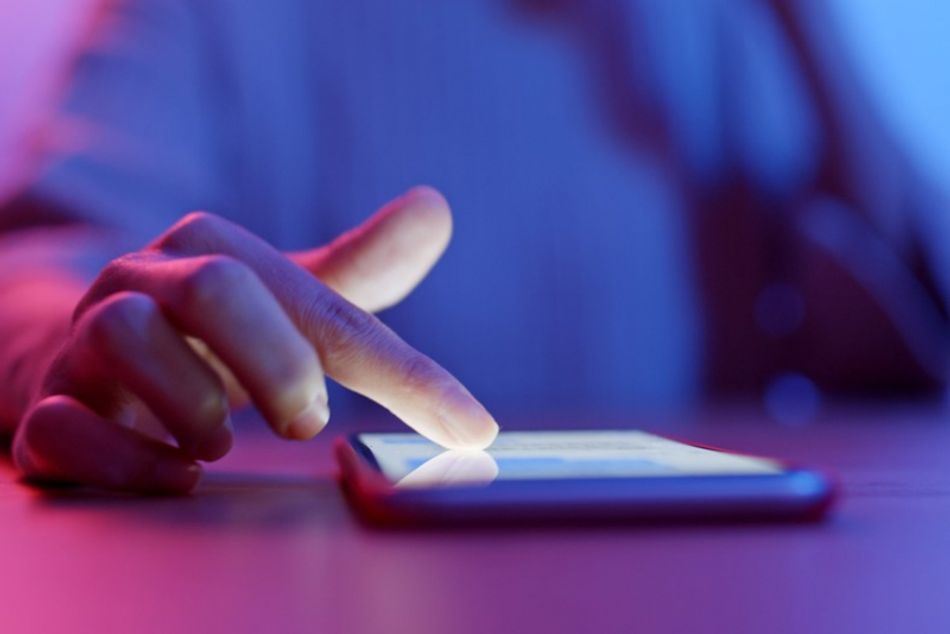 Ink will do the trick

The ink created by the researchers has a base of special particles 10 nm wide and around 200 nm long. In a solution, these particles are organized chaotically and when they are applied on the substrate in the usual way they maintain this disorganized state. However, using special chemical synthesis methods and technological application parameters, the researchers were able to make the particles orient themselves along one of the axes when settled with an inkjet printer. They were also able to preserve the effect when drops of settled ink merged together in case of macro images.

“This can be achieved by modifying nanoparticles in a solution, when we set their properties in advance knowing their charge, ionic force, solution characteristics and keeping in mind what these parameters need to be during printing,” expounds Alexander Vinogradov. “Taking all of this into account, we modify the ink and choose its concentration so that the nanoparticle dynamics, as well as their mutual repulsion and attraction wouldn’t allow them to distribute chaotically, and would only support their parallel orientation in relation to each other.” 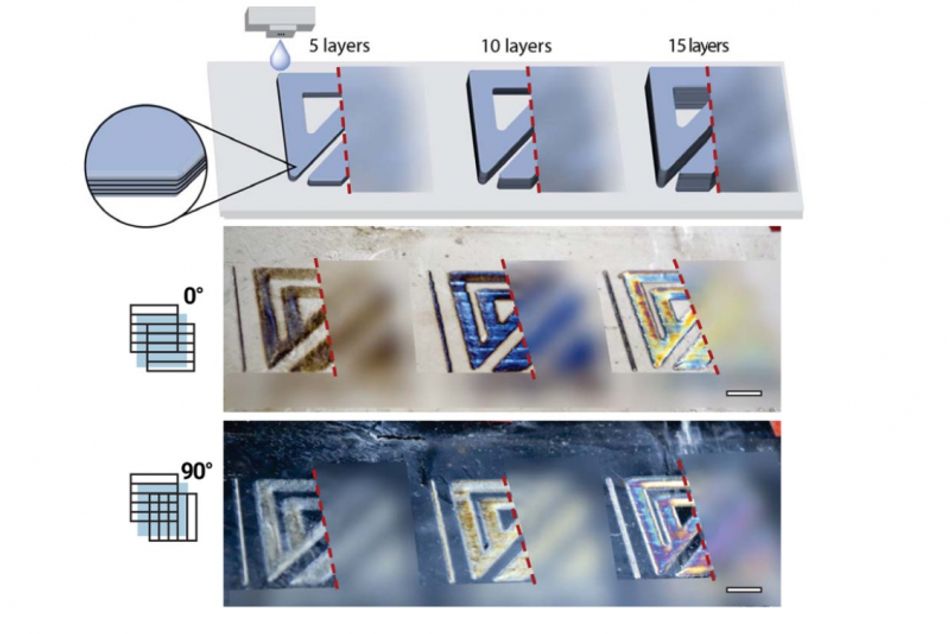 This way, we can print any image – numbers, letters, drawings or logos – that will only be visible in polarized light. Such images could potentially be used on goods, banknotes, tickets and other objects that require protection from the manufacturer.

The automotive industry is increasingly one of the biggest adopters of new display technologies.

You’re almost certainly reading this blog on a display, which is likely to consist of millions of pixels, each capable of displaying around a million colours.