Image courtesy of the research team

The team of ITMO University’s frontier laboratory Probing Fundamental Physics with Topological Metamaterials have proposed a new method of engineering photonic topological structures. At its core is the manipulation of topological properties via mutual orientation of meta-atoms. In an article published by Laser & Photonics Reviews, the physicists have theoretically and experimentally demonstrated topological edge and corner states. These results should prove instrumental in making another step towards the use of topological structures in photonic meta-devices.

Photonic topological insulators are artificial crystalline structures that allow light propagation along their edges and block it in the bulk. Due to their symmetries, such structures are resistant to defects. The first examples of photonic topological insulators required a magnetic field to function, which made experiments bulky and complicated. Modern-day photonic topological structures don’t require a magnetic field, instead relying only on a properly chosen geometry of the crystalline lattice. A well-celebrated example of such a structure is the array of meta-atoms (e.g. silicon nanocylinders) that make up a graphene lattice. A slight change in the geometry of such a lattice would cause light in a certain frequency range to propagate along the edge of the structure, going around any obstacles and sharp corners without backscattering. The same properties can be found in the kagome lattice, named after the Japanese basket-weaving pattern. In 2020, a group of scientists from ITMO and City College of New York discovered that such a structure supports localized states of light not only on the edges, but at the corners as well.

“We demonstrated that kagome lattices can indeed harbor topological corner states – of several kinds, to boot. This happens because all elements of the system interact with each other, not just the adjacent ones,” says Dmitry Zhirihin, a researcher at the Faculty of Physics and one of the article’s authors.

But it is quite difficult to restructure the geometry of a lattice in real time: once the structure has been produced, the properties of its topological states cannot be changed. 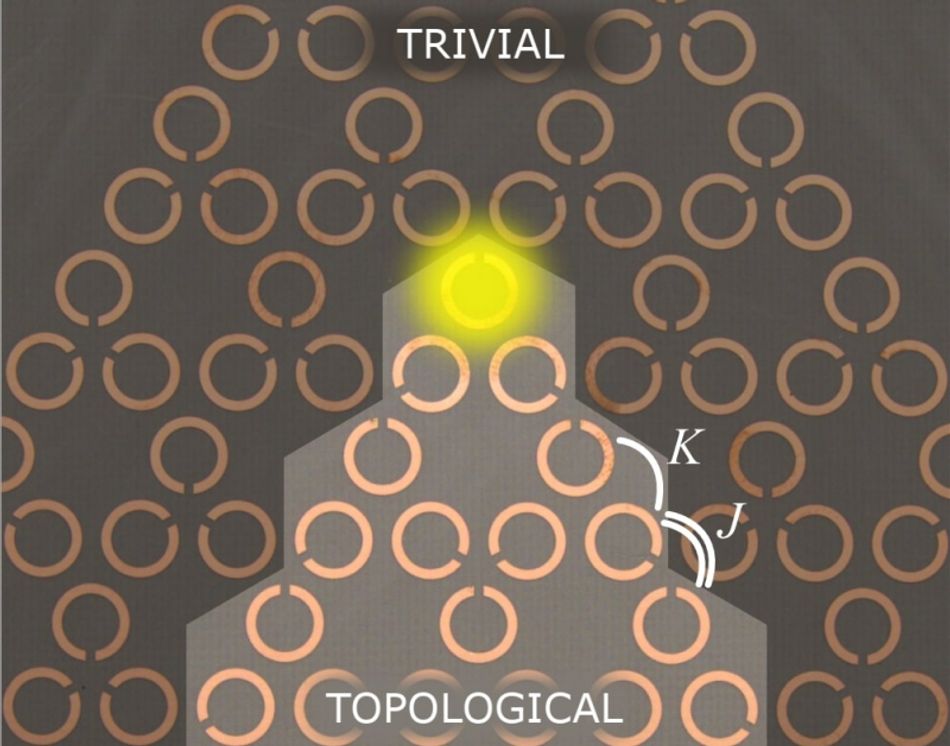 A schematic illustration of a kagome lattice-based structure. The position of the topological state is marked in yellow. Illustration courtesy of the research team

Not long ago, scientists from ITMO University and their colleagues from Australian National University (ANU) and Jilin University succeeded in proving that the use of noncentrosymmetrical meta-atoms makes it possible to create one-dimensional structures with topological properties determined by the meta-atoms’ mutual orientation and not the lattice geometry. The next stage of their research was to study two-dimensional structures.

“The basic principle is the same – we control the properties of the entire array by changing the mutual orientation of its constituent particles. A one-dimensional system only supports edge states, but a two-dimensional one supports corner states, as well. This gives us more flexibility when it comes to controlling light.

Instead of alternating distances, our main principle is alternating orientations. This is more comfortable for cases where we’d like to modify some of the properties of a topological state, such as its localization length. We can simply turn the meta-atoms and the properties of the lattice will change,” explains Daniil Bobylev, a PhD student at the Faculty of Physics and one of the article’s authors.

Combining their efforts with colleagues from ANU and Prof. Alexander Khanikaev’s group at City College of New York, the researchers were able to theoretically and numerically predict the emergence and restructuring of topological edge and corner states via the alternation of meta atom orientation, as well as provide experimental proof of this idea. 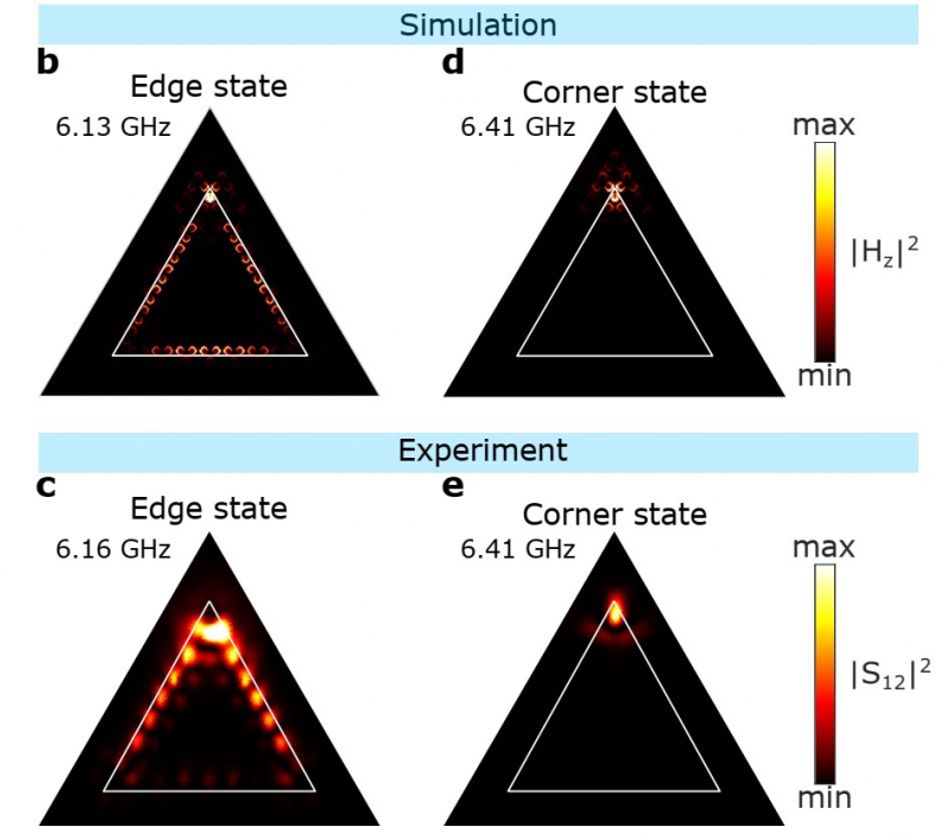 Field dispersion based on the excitement of edge or corner states. Simulation and experiment. llustration courtesy of the research team

In the future, the researchers plan to expand their approach to include three-dimensional topological structures, which would allow them to control the propagation of light along complex three-dimensional trajectories. The group’s research is supported by the Priority 2030 federal program and the Russian Science Foundation.

Researchers Discover New Properties of Metasurfaces Thanks to Ultrashort Pu...

The design may enable miniature zoom lenses for drones, cellphones, or night-vision goggles.

Christian Sproncken defended his PhD thesis on October 26th at the department of Chemical Engineering and Chemistry.