Illustration from the article. Credit: pubs.acs.org

Researchers around the world are working to develop artificial internal organs. Such inventions would make it no longer necessary for patients with life-threatening illnesses to be placed on waiting lists for donor organs.

But in order to begin the production of artificial organs on a large scale, scientists need to resolve several issues. One such issue is organ control. It’s not enough to “train” an artificial implant to do its functions – it must also be “plugged” into the nervous system.

“Our internal organs are controlled by electrical impulses; correspondingly, their substitutes also would need to be equipped with electronic devices that could receive these pulses,” explains Artemii Ivanov, lead author of the study and researcher at the Infochemistry Center. “But modern electronics are predominantly silicon-based. They are rigid and fragile and cannot be placed inside the body. What we need are materials that are optimal in their electrical properties and are similar to the human body in their mechanical properties. In other words, they need to be soft and flexible.”

A variety of materials are used to create flexible electronics: conductive polymers, nanoparticles, hydrogels, and liquid metals. The staff of ITMO University’s Infochemistry Scientific Center have decided to focus on the latter two. For liquid metal, the researchers went with a eutectic alloy of two metals: indium and gallium.

“This alloy remains liquid at room temperature and crystallizes below 16 degrees Celsius,” explains Artemii Ivanov. “Quicksilver is the most conductive of all liquid metals, but it’s toxic, which means we need a biocompatible substitute. The alloy of gallium and indium is biocompatible, causes no skin irritation, isn’t absorbed by the digestive tract when swallowed, and doesn’t accumulate in the kidneys and the liver.”

The device itself consists of two drops of the alloy and a piece of polyelectrolyte-infused hydrogel.

“We’ve got two drops of liquid metal and then hydrogel between them. As an electrical current passes through, a layer of insoluble gallium compound forms on the border between the metal and the gel. We can produce different electrical components depending on the thickness of that layer,” adds Ivanov. 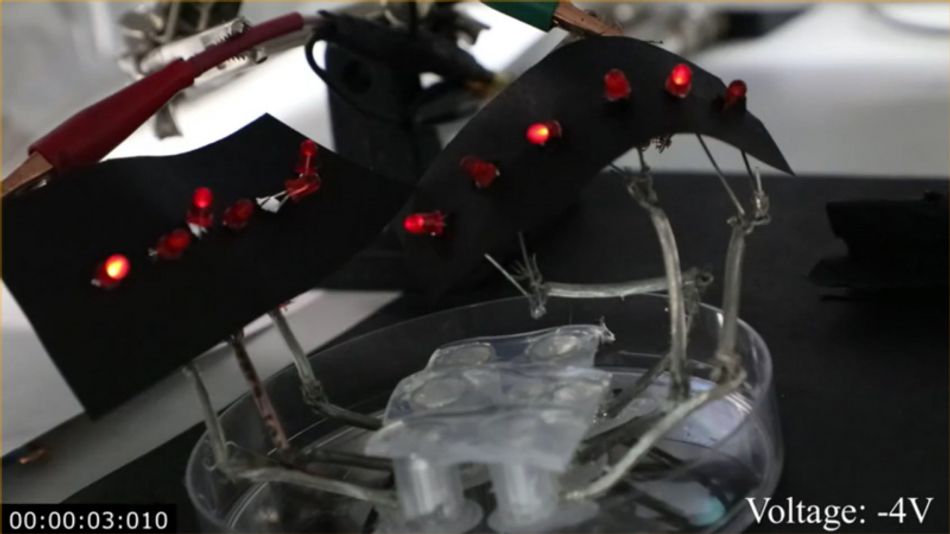 Thus, the researchers from St. Petersburg have been able to produce a resistor, capacitor, diode, and memristor all in one. The difference between all three/four is in the thickness of the gallium salt layer between the gel and the metal drops.

Most importantly, scientists will be able to convert a component into any other depending on what the circumstances call for. If the gallium compound layer is very thin, the result will be a capacitor. If the layer is electrochemically increased, the result is a resistor or a diode. But best of all, a powerful enough current will destroy the later and the process can then begin anew.

“Actually, there are already some flexible systems out there, including ones based on liquid metal,” adds Artemii Ivanov. “Our breakthrough was in being able to switch between these different modes. Before us, no one was able to show that you can create different components within one interface and transition from one to another.” 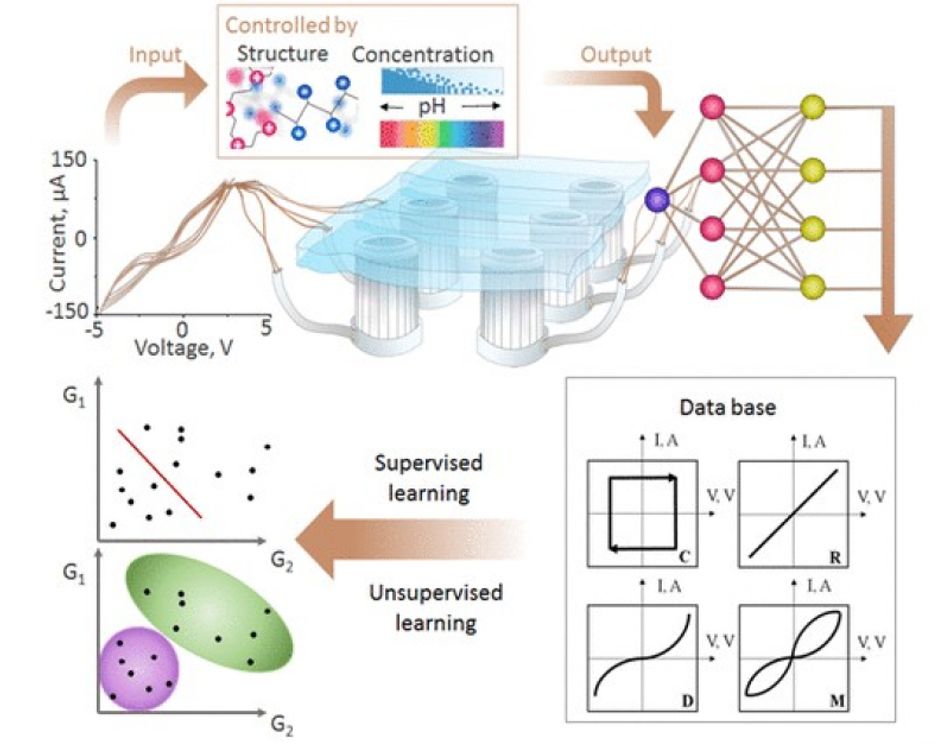 Illustration from the article. Credit: pubs.acs.org

The researchers have already showcased the technology’s viability in a tube test. The next step is to create a production prototype so that it can be used in the production of artificial organs.

They also add that biomedicine is the technology’s primary field of application, but not the only one. The system can also be used in various flexible electronic devices that don’t use powerful electrical currents. The ability to produce memristors – components capable of remembering their own resistance – opens up additional opportunities.

“Memristors are quite valuable. These components can remember their own resistance rate, meaning they can be used to record data by passing an electrical current through them. By assembling a cascade of gel elements, we can create a physical implementation of a neural network in an          aqueous solution and produce artificial neurons,” concludes Artemii Ivanov.