Researchers at Penn State have successfully 3D bioprinted breast cancer tumors and treated them in a breakthrough study to better understand the disease that is one of the leading causes of mortality worldwide.

Researchers at Penn State have successfully 3D bioprinted breast cancer tumors and treated them in a breakthrough study to better understand the disease that is one of the leading causes of mortality worldwide.

A scientific first, the achievement lays the foundation for precision fabrication of tumor models. The advancement will enable future study and development of anti-cancer therapies without the use of "in vivo" — or "in animal" — experimentation.

“This will help us understand how human immune cells interact with solid tumors,” said Ibrahim Ozbolat, professor of engineering science and mechanics, biomedical engineering and neurosurgery at Penn State and the senior author of the study. “We’ve developed a tool that serves as a clinical test platform to safety and accurately evaluate experimental therapies. It is also a research platform for immunologists and biologists to understand how the tumor grows, how it interacts with human cells, and how it metastasizes and spreads in the body.”

Ozbolat’s lab specializes in 3D printing to create a range of tissues for use in human health. Two journal articles about the lab’s work using 3D bioprinting to help in the study of breast cancer were recently published in Advanced Functional Materials and Biofabrication. 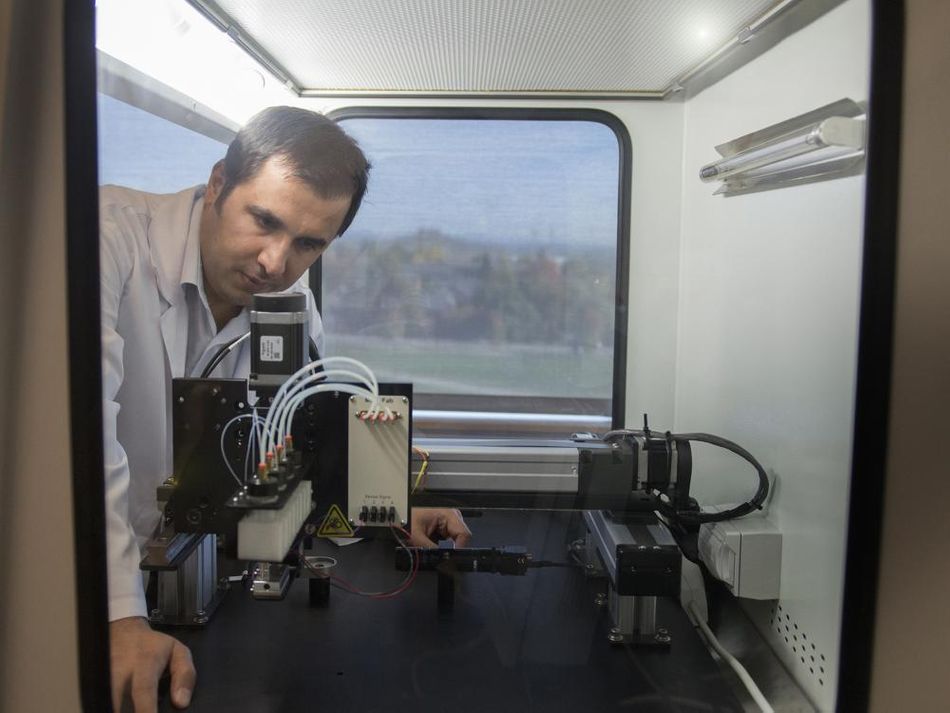 Ibrahim Ozbolat, professor of engineering science and mechanics, biomedical engineering and neurosurgery at Penn State, leads a lab that specializes in 3D printing to create a range of tissues for use in human health. Credit: Patrick Mansell/Penn State / Penn State. Creative Commons

The researchers used a relatively new technique called aspiration-assisted bioprinting to precisely locate tumors in three dimensions and create the tissue. The researchers then formed the tissue into a multi-scale vascularized breast tumor model with blood vessels, which they discovered responded to chemotherapy and cell-based immunotherapeutics.

The team first validated the accuracy of its tumor model by treating it with doxorubicin, an anthracycline-based chemotherapeutic drug commonly used for treating breast cancer. Finding the bioprinted tumor responded to chemotherapy, the researchers went on to test a cell-based immunotherapeutic treatment on the tumor in collaboration with Dr. Derya Unutmaz, an immunologist at Jackson Laboratory.

The researchers used human CAR-T cells that were engineered via gene editing to recognize and fight an aggressive form of breast cancer cells. After 72 hours of circulating the edited CAR-T cells through the tumor, the researchers found that the cells within the bioprinted tumor had generated a positive immune response and were fighting off the cancer cells.

“Our model is made from human cells, but what we make is a very simplified version of the human body,” Ozbolat said. “There are many details that exist in the native microenvironment that we aren’t able to replicate, or even consider replicating. We are aiming for simplicity within complexity. We want to have a fundamental understanding of how these systems work — and we need the growth process to be streamlined, because we don’t have time to wait for tumors to grow at their natural pace.”

Ozbolat explained that despite remarkable advances in cancer treatment, there are a lack of pre-clinical platforms for studying experimental anticancer agents. Having to rely on clinical trials to test the efficacy of treatments ultimately limits the successful clinical translation of anti-cancer therapeutics, he said. The development of bioprinted models could open the door to entirely new ways of understanding the tumor microenvironment and the body’s immune response.

“Immunotherapy has already been shown to be a promising treatment for hematologic malignancies,” Ozbolat said. “Essentially, immune cells of the patient are removed and gene-edited to be cytotoxic for cancer cells, then reintroduced into the patient’s bloodstream. Circulation is critical because the altered cells need to move around the body. With tumors, that kind of effective circulation doesn’t exist, so we built our model to try to better understand how tumors respond to immunotherapy.” 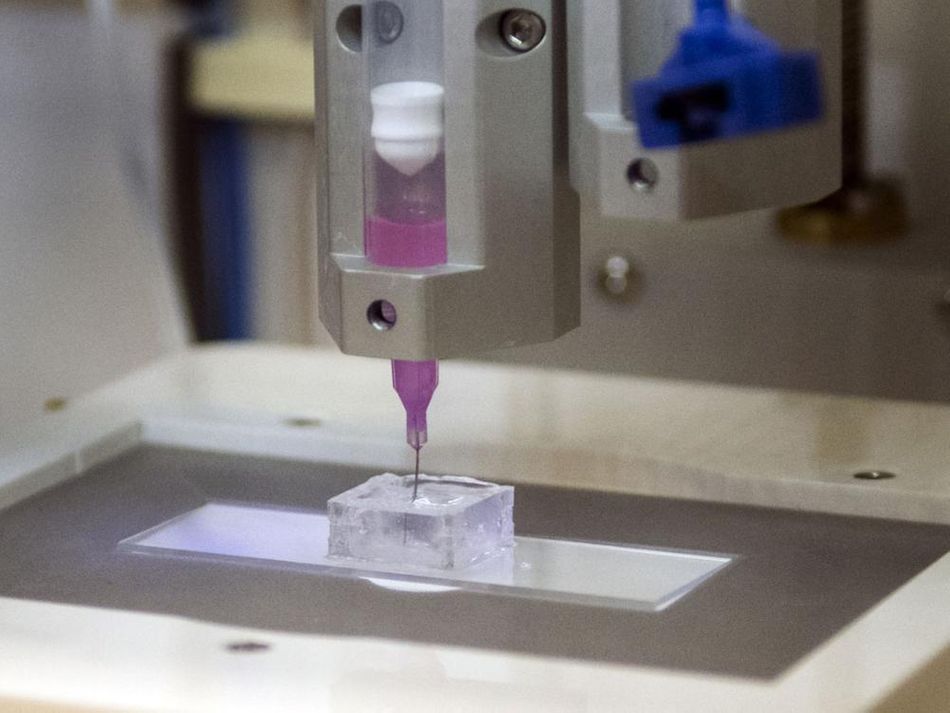 Ozbolat and his colleagues are now working with tumors removed from actual breast cancer patients. The researchers will apply immunotherapeutics to patient-derived tumors to see how they respond.

“This is an important step in understanding the intricacies of the disease, which is essential if we are going to develop novel therapeutics and targeted therapies against cancer,” Ozbolat said.

The other collaborators on the studies are Madhuri Dey, Myoung Hwan Kim, Momoka Nagamine, Ece Karhan and Nazmiye Celik of Penn State, and Mikail Dogan, Lina Kozhaya and Derya Unutmaz of The Jackson Laboratory for Genomic Medicine.

The immune cells for the research were purchased commercially from an IRB-approved private company, which provides leukopaks of healthy adults in deidentified form for research use.