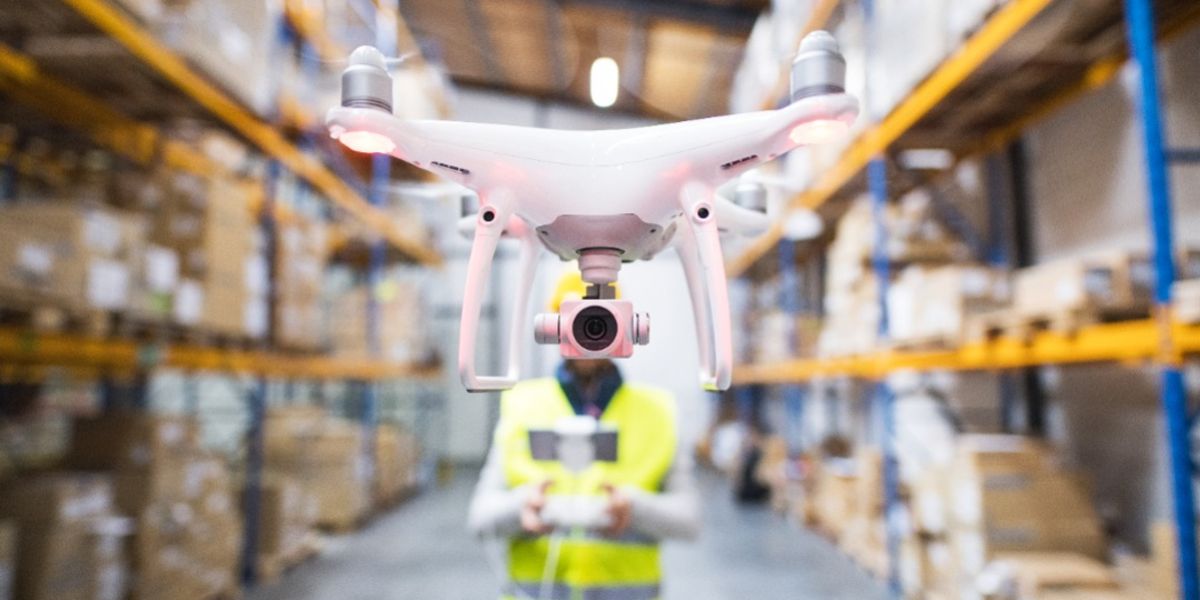 A team lead by Costa Samaras and Thiago Rodrigues has shown that using small drones for the last mile of package deliveries uses less energy and creates fewer emissions than conventional means.

As consumers, we’ve gotten used to the immediacy of deliveries. Order a product one day and have it at your house the next. But the logistics behind this massive movement of goods—and its environmental impact—mean that better solutions need to be implemented to balance consumer demand and the energy consumption of “last-mile” deliveries.

To address this issue, Costa Samaras and Thiago Rodrigues researched what they refer to as “an increase in the demand for last-mile delivery while trying to reduce the environmental impacts of the transportation sector.” Their work was published in the August issue of PatternsOpens in new window.

Rodrigues, a Ph.D. candidate in civil and environmental engineeringOpens in new window, explains that many companies are exploring using autonomous vehicles to perform last-mile delivery. “We focused on understanding the impacts on the energy consumption and GHG emissions of this transformation in how we deliver packages,” he says. The research was funded by the Department of Energy and includes authors from three departments within CMU.

The experiments began by defining the principles that influenced an aircraft’s overall energy consumption. “Most of the literature in this field is focused on helicopters,” Rodrigues says. “So we adapted the physical model and created an experimental protocol to replicate the flight conditions expected during last-mile delivery.” 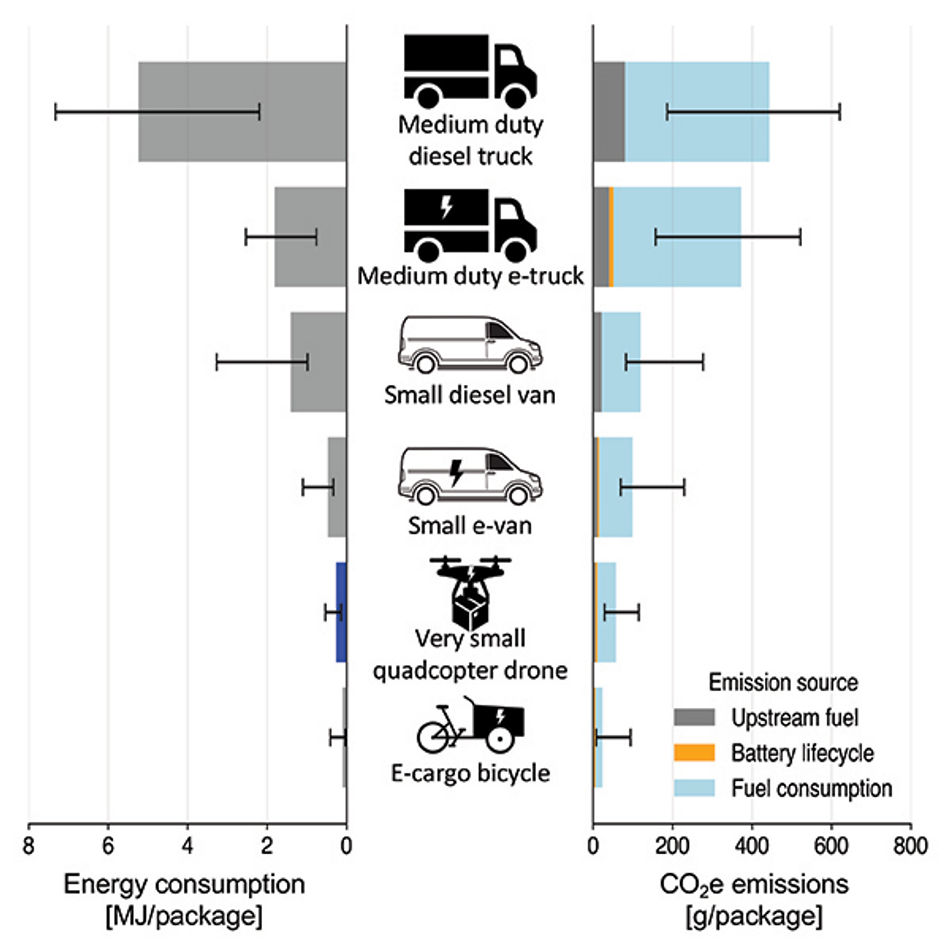 A comparison of last-mile delivery modes by energy consumption and CO2 emissions showed that very small quadcopter drones and e-cargo bikes are most efficient. Source: College of Engineering

The team learned that both payload mass and total flight duration were the main contributors to the drone’s overall energy consumption. “For small packages with high aggregated value, such as medical supplies and electronics, the quadcopter drones showed a considerably low energy consumption per mile traveled compared to other transportation modes.”

Surprisingly, according to Rodrigues, drone speed and wind speeds had little impact on the drone’s overall energy consumption. Testing took place with the drone flying at speeds between four and 12 meters per second. During that time, the wind conditions varied from two to 16 knots.

Rodrigues concluded that for last-mile deliveries, adopting quadcopter drones for small package deliveries could result in substantial energy savings while lessening greenhouse gas emissions. “Drones can have up to 94% lower energy consumption per package than other vehicles.” He adds that the overall amount of emissions reduction depends on the intensity of the electricity grid in an area. “Regions with cleaner electricity would benefit more from adopting drones to transport small packages.”

While the research team determined multiple benefits in utilizing small drones, Rodrigues admits that there are still operational and regulatory challenges that need to be addressed before drone deliveries become a reality. “However, a few drone delivery operations are already being implemented, with medical supplies and even groceries being safely delivered by drones. These operations are leading the way in expanding the use of drones in all last-mile delivery sectors.”

These successful operations may make the prospect of a drone delivery more enticing to consumers. Rodrigues believes that people are already receptive to the idea, stating that in a recent study, more than 60% of online customers said they’d be willing to pay extra to receive their packages using autonomous delivery robots.

There’s also the issue of larger packages, which cannot be delivered by small drones. Rodrigues suggests that electric cargo bicycles and other ground autonomous delivery robots could be an energy-efficient way to get these items to customers.

This study is a major research output of previous research led by Samaras and Sean Qian, both professors of civil and environmental engineering. Their workOpens in new window contained a comprehensive analysis of how drones, autonomous vehicles, robots, and intelligently managed infrastructure may improve cost and energy efficiency of the first- and last-mile of goods transportation.

A universal port for the brain

EPFL start-up Flybotix is showcasing its dual-propeller drone today at Xponential the world’s largest tradeshow for unmanned and autonomous systems.