A relatively new kind of semiconductor, layered atop a mirror-like structure, can mimic the way that leaves move energy from the sun over relatively long distances before using it to fuel chemical reactions. The approach may one day improve the efficiency of solar cells.

“Energy transport is one of the crucial steps for solar energy harvesting and conversion in solar cells,” said Bin Liu, a postdoctoral researcher in electrical and computer engineering and first author of the study in the journal Optica.

One of the ways that solar cells lose energy is in leakage currents generated in the absence of light. This occurs in the part of the solar cell that takes the negatively charged electrons and the positively charged “holes,” generated by the absorption of light, and separates them at a junction between different semiconductors to create an electrical current. 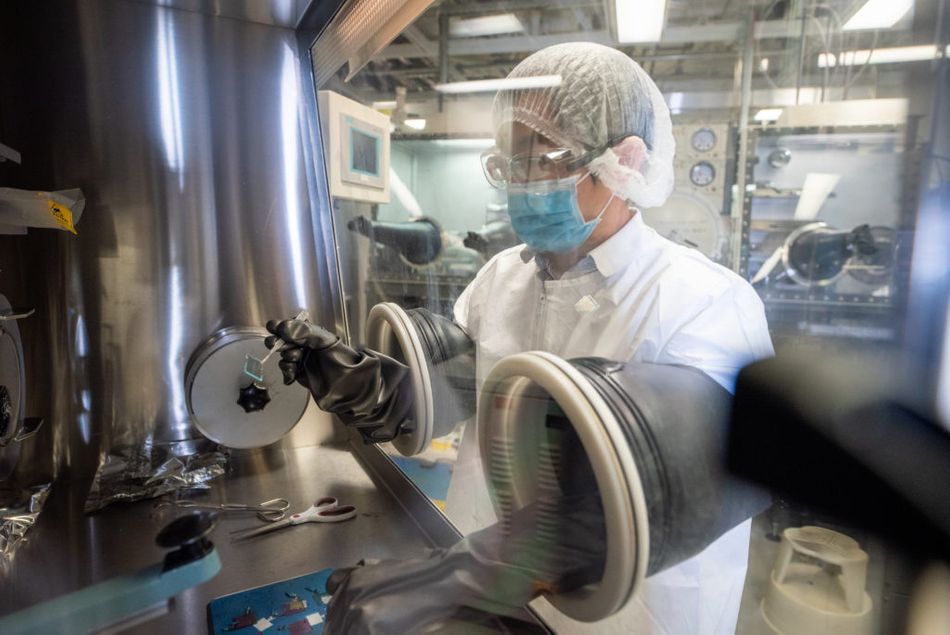 Bin Liu, a postdoctoral researcher in electrical and computer engineering, loads the mirror-like photonic structure into the glove box—on the way to adding the light detector on top of the structure. PHOTO: Silvia Cardarelli, Electrical and Computer Engineering, University of Michigan

In a conventional solar cell, the junction area is as large as the area that collects light, so that the electrons and holes don’t have to go far to reach it. But the drawback is the energy loss from those leakage currents.

Nature minimizes these losses in photosynthesis with large light-gathering “antenna complexes” in chloroplasts and the much smaller “reaction centers” where the electrons and holes are separated for use in sugar production. However, these electron-hole pairs, known as excitons, are very difficult to transport over long distances in semiconductors.

Liu explained that photosynthetic complexes can manage it thanks to their highly ordered structures, but human-made materials are typically too imperfect.

The new device gets around this problem by not converting photons fully to excitons—instead, they maintain their light-like qualities. The photon-electron-hole mixture is known as a polariton. In polariton form, its light-like properties allow the energy to quickly cross relatively large distances of 0.1 millimeters, which is even further than the distances that excitons travel inside leaves. 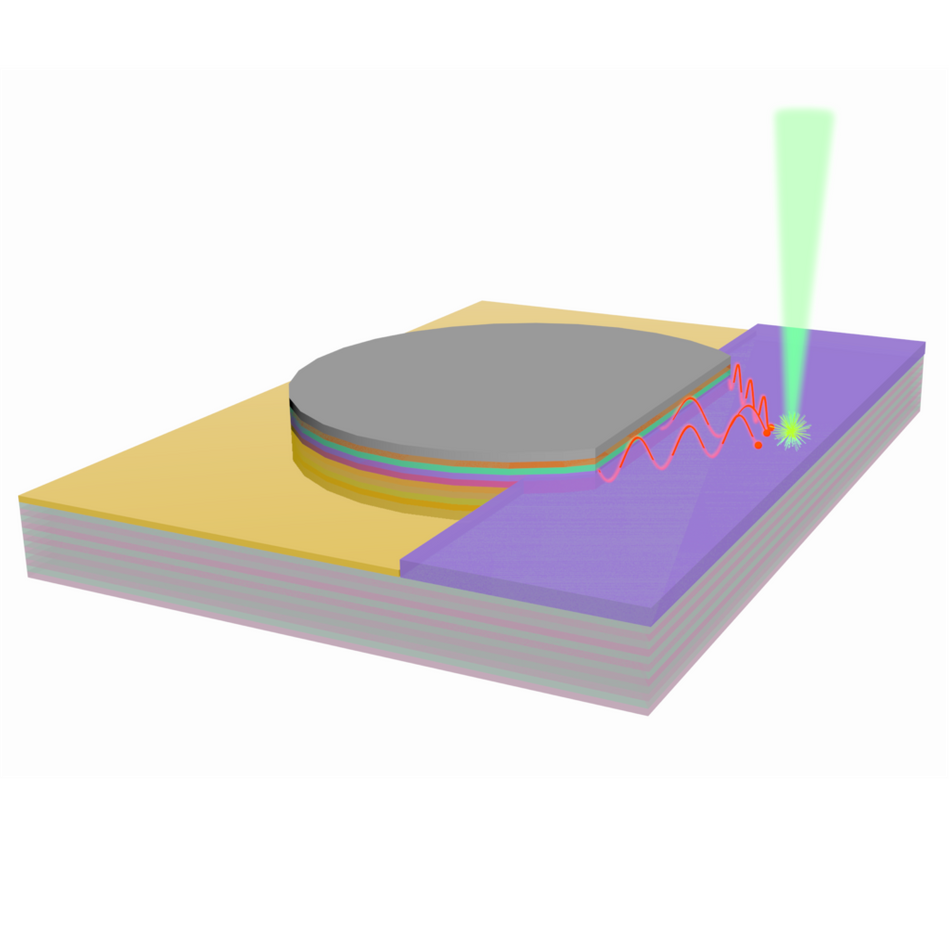 The diagram shows light hitting the semiconductor (purple) layered over the mirror-like photonic structure. The polaritons—mixtures of light, electrons and “holes”—then travel to the detector (truncated disc), where they generate current. IMAGE: Xinjing Huang and Bin Liu, Optoelectronic Components and Materials Group, University of Michigan.

The team created the polaritons by layering the thin, light-absorbing semiconductor atop a photonic structure that resembles a mirror, and then illuminating it. That part of the device acts like the antenna complex in chloroplasts, gathering light energy over a large area. With the help of the mirror-like structure, the semiconductor funneled the polaritons to a detector, which converted them to electric current.

“The advantage of this arrangement is that it has the potential to greatly enhance the power generation efficiency of conventional solar cells where the light gathering and charge separating regions coexist over the same area,” said Stephen Forrest, the Peter A. Franken Distinguished University Professor of Engineering, who led the research.

While the team knows that the transport of energy is happening in their system, they aren’t totally sure that the energy is continuously moving in the form of a polariton. It could be that the photon sort of surfs over a series of excitons on the way to the detector. They leave this fundamental detail to future work, as well as the question of how to build efficient light-gathering devices that harness the photosynthesis-like energy transfer.