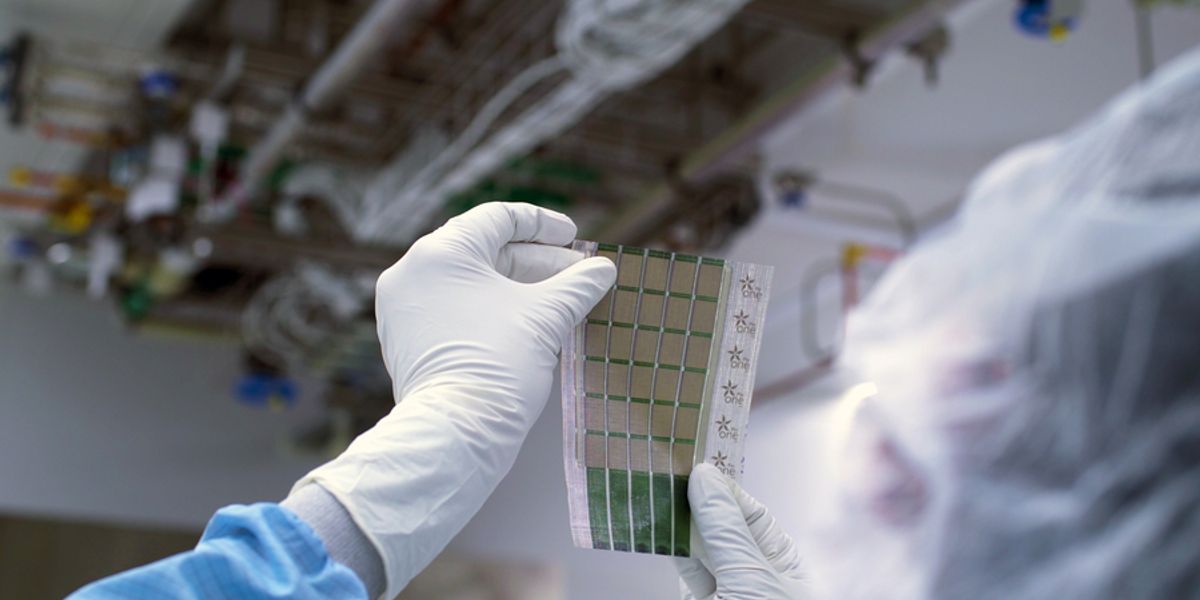 MIT researchers have developed a scalable fabrication technique to produce ultrathin, lightweight solar cells that can be stuck onto any surface. Credit: Melanie Gonick, MIT

Researchers develop a scalable fabrication technique to produce ultrathin, lightweight solar cells that can be seamlessly added to any surface.

MIT engineers have developed ultralight fabric solar cells that can quickly and easily turn any surface into a power source.

These durable, flexible solar cells, which are much thinner than a human hair, are glued to a strong, lightweight fabric, making them easy to install on a fixed surface. They can provide energy on the go as a wearable power fabric or be transported and rapidly deployed in remote locations for assistance in emergencies. They are one-hundredth the weight of conventional solar panels, generate 18 times more power-per-kilogram, and are made from semiconducting inks using printing processes that can be scaled in the future to large-area manufacturing.

Because they are so thin and lightweight, these solar cells can be laminated onto many different surfaces. For instance, they could be integrated onto the sails of a boat to provide power while at sea, adhered onto tents and tarps that are deployed in disaster recovery operations, or applied onto the wings of drones to extend their flying range. This lightweight solar technology can be easily integrated into built environments with minimal installation needs.

“The metrics used to evaluate a new solar cell technology are typically limited to their power conversion efficiency and their cost in dollars-per-watt. Just as important is integrability — the ease with which the new technology can be adapted. The lightweight solar fabrics enable integrability, providing impetus for the current work. We strive to accelerate solar adoption, given the present urgent need to deploy new carbon-free sources of energy,” says Vladimir Bulović, the Fariborz Maseeh Chair in Emerging Technology, leader of the Organic and Nanostructured Electronics Laboratory (ONE Lab), director of MIT.nano, and senior author of a new paper describing the work.

Joining Bulović on the paper are co-lead authors Mayuran Saravanapavanantham, an electrical engineering and computer science graduate student at MIT; and Jeremiah Mwaura, a research scientist in the MIT Research Laboratory of Electronics. The research is published today in Small Methods.

Traditional silicon solar cells are fragile, so they must be encased in glass and packaged in heavy, thick aluminum framing, which limits where and how they can be deployed.

Six years ago, the ONE Lab team produced solar cells using an emerging class of thin-film materials that were so lightweight they could sit on top of a soap bubble. But these ultrathin solar cells were fabricated using complex, vacuum-based processes, which can be expensive and challenging to scale up.

In this work, they set out to develop thin-film solar cells that are entirely printable, using ink-based materials and scalable fabrication techniques.

To produce the solar cells, they use nanomaterials that are in the form of a printable electronic inks. Working in the MIT.nano clean room, they coat the solar cell structure using a slot-die coater, which deposits layers of the electronic materials onto a prepared, releasable substrate that is only 3 microns thick. Using screen printing (a technique similar to how designs are added to silkscreened T-shirts), an electrode is deposited on the structure to complete the solar module.

The researchers can then peel the printed module, which is about 15 microns in thickness, off the plastic substrate, forming an ultralight solar device.

But such thin, freestanding solar modules are challenging to handle and can easily tear, which would make them difficult to deploy. To solve this challenge, the MIT team searched for a lightweight, flexible, and high-strength substrate they could adhere the solar cells to. They identified fabrics as the optimal solution, as they provide mechanical resilience and flexibility with little added weight.

They found an ideal material — a composite fabric that weighs only 13 grams per square meter, commercially known as Dyneema. This fabric is made of fibers that are so strong they were used as ropes to lift the sunken cruise ship Costa Concordia from the bottom of the Mediterranean Sea. By adding a layer of UV-curable glue, which is only a few microns thick, they adhere the solar modules to sheets of this fabric. This forms an ultra-light and mechanically robust solar structure.

“While it might appear simpler to just print the solar cells directly on the fabric, this would limit the selection of possible fabrics or other receiving surfaces to the ones that are chemically and thermally compatible with all the processing steps needed to make the devices. Our approach decouples the solar cell manufacturing from its final integration,” Saravanapavanantham explains. 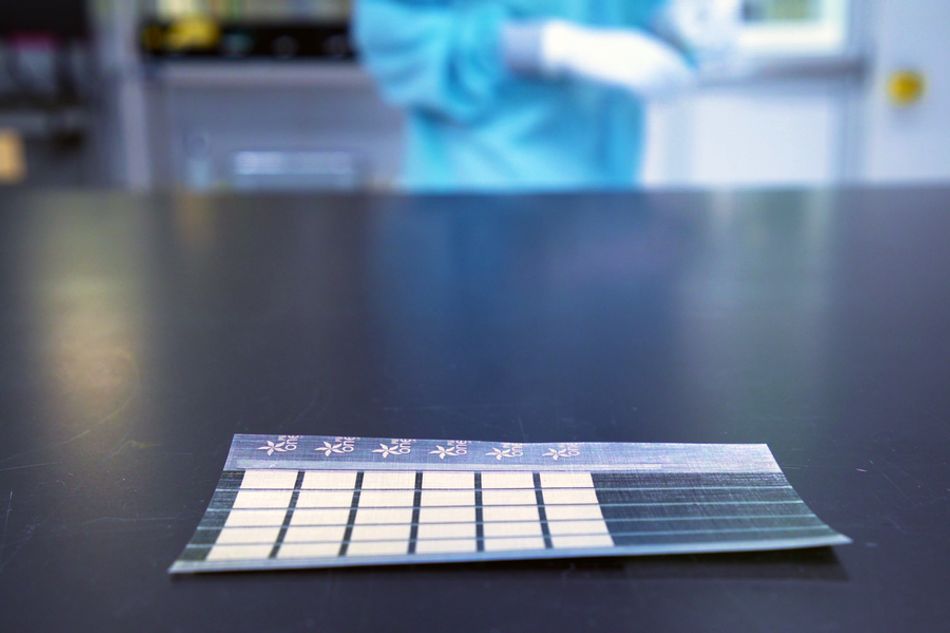 When they tested the device, the MIT researchers found it could generate 730 watts of power per kilogram when freestanding and about 370 watts-per-kilogram if deployed on the high-strength Dyneema fabric, which is about 18 times more power-per-kilogram than conventional solar cells.

“A typical rooftop solar installation in Massachusetts is about 8,000 watts. To generate that same amount of power, our fabric photovoltaics would only add about 20 kilograms (44 pounds) to the roof of a house,” he says.

They also tested the durability of their devices and found that, even after rolling and unrolling a fabric solar panel more than 500 times, the cells still retained more than 90 percent of their initial power generation capabilities.

While their solar cells are far lighter and much more flexible than traditional cells, they would need to be encased in another material to protect them from the environment. The carbon-based organic material used to make the cells could be modified by interacting with moisture and oxygen in the air, which could deteriorate their performance.

“Encasing these solar cells in heavy glass, as is standard with the traditional silicon solar cells, would minimize the value of the present advancement, so the team is currently developing ultrathin packaging solutions that would only fractionally increase the weight of the present ultralight devices,” says Mwaura.

“We are working to remove as much of the non-solar-active material as possible while still retaining the form factor and performance of these ultralight and flexible solar structures. For example, we know the manufacturing process can be further streamlined by printing the releasable substrates, equivalent to the process we use to fabricate the other layers in our device. This would accelerate the translation of this technology to the market,” he adds.