If you have ever had your blood drawn, whether to check your cholesterol, kidney function, hormone levels, blood sugar, or as part of a general checkup, you might have wondered why there is not an easier, less painful way.

Now there might be. A team of researchers from Caltech's Cherng Department of Medical Engineering has unveiled a new wearable sensor that can detect in human sweat even minute levels of many common nutrients and biological compounds that can serve as indicators of human health.

The sensor technology was developed in the lab of Wei Gao, assistant professor of medical engineering, Heritage Medical Research Institute investigator, and Ronald and JoAnne Willens Scholar. For years, Gao's research has focused on wearable sensors with medical applications, and this latest work represents the most precise and sensitive iteration yet.

"We've done wearable sweat sensors before," he says. "There were so many biomarkers we wanted to detect, but in the past we could not. There was no good way."

Gao says previous versions of his sweat sensors relied on enzymes embedded within them to detect a limited number of relevant compounds. While antibodies could be used in sensors to detect more compounds at low concentrations, that technique had a big weakness: antibodies in the sensor can only be used once, meaning the sensors will wear out.

The new sensor technology includes what Gao calls molecularly imprinted polymers, which are like artificial, reusable antibodies. To picture how they work, imagine a hypothetical object shaped like a plus sign. If you take that object and pour silicone rubber over the top of it, let the rubber harden, and then pull the molecule out of the rubber, you now have a chunk of rubber with a plus-shaped hollow in it. Only objects with that same size and shape will fit nicely into the hollow.

Molecularly imprinted polymers work the same way, but on a much smaller scale. If you want to make a sensor that can detect, for example, the amino acid glutamine, you prepare the polymer with the glutamine molecules inside. Then, through a chemical process, remove the glutamine, and you have a polymer with holes in it that are the exact shape of glutamine.

Gao's innovation is to combine that specially formed polymer with a material that can be oxidized or reduced under an applied electrical voltage when in contact with human sweat. As long as those glutamine-shaped holes are open, sweat comes into contact with the inner layer of the sensor and an electrical signal is generated. But as glutamine molecules come into contact with the polymer, they slip into those holes that were made for them. 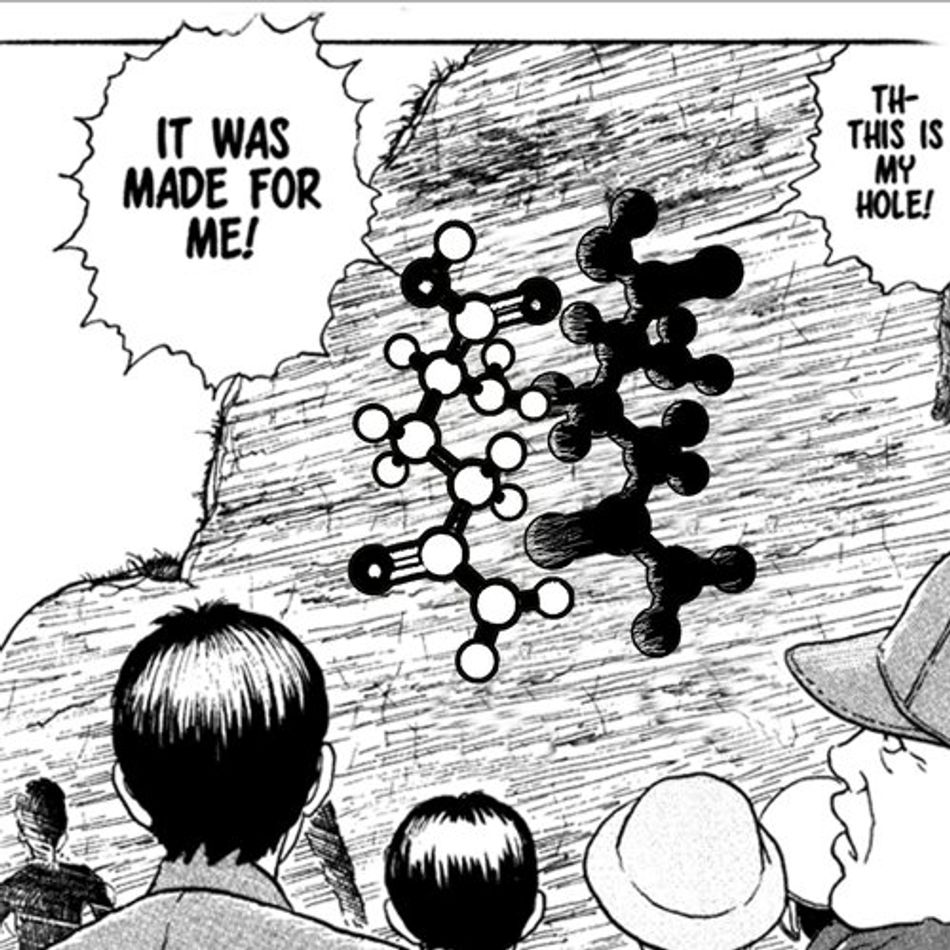 A glutamine molecule prepares to slide into a hole shaped just for it, similar to the characters in the comic The Enigma of Amigara Fault by Junji Ito.

As those holes become plugged with glutamine molecules, less sweat is able to contact the inner layer, and the electrical signal becomes weaker. By monitoring that electrical signal, the researchers can then deduce how much glutamine is present in the sweat. More glutamine means a weaker signal. Less glutamine results in a stronger signal.

"This unique strategy allows us to detect all of the nine essential amino acids and multiple vitamins," Gao says. "We can do them all continuously."

And unlike antibodies, the polymer can easily be "cleaned" for reuse through the application of a weak electrical signal that destroys the target molecule or empties out the hole it was in.

The second innovation in Gao's research is the use of microfluidics, a technology that utilizes tiny channels less than a quarter millimeter wide to manipulate small amounts of fluids. Microfluidics allow the sensor to operate when even a miniscule amount of sweat is present. 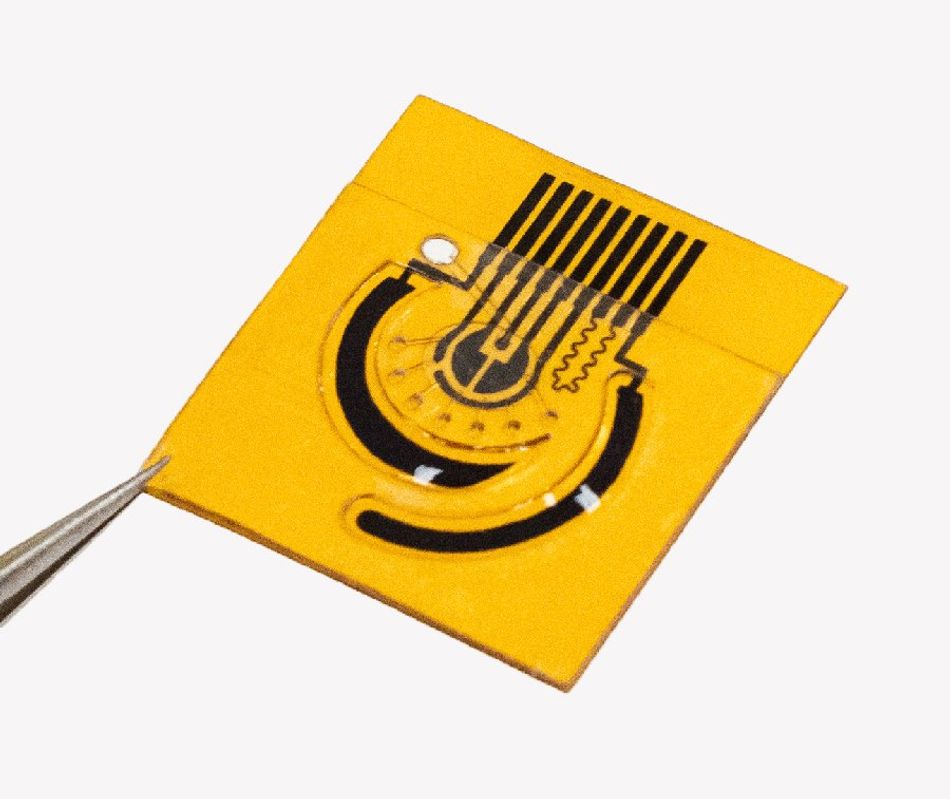 A version of the sweat sensor. The large curved sections are electrodes that stimulate sweat production. Credit: Caltech

Human skin can be artificially stimulated to sweat out drug molecules delivered by electrical current, but previous sensors required more sweat, and thus more current, which could be uncomfortable for the user, Gao says. Thanks to microfluidics and the use of a different type of drug, the sensor now needs less sweat, and the current needed to generate the sweat can be very small.

"This microfluidic design allows us to use very small currents," he says. "We can stimulate four to five hours of sweat from several minutes of stimulation with tens of microamps."

So far, the sensor technology has been shown to work on human subjects in laboratory settings. Gao hopes to test it in larger-scale human trials.

"This approach allows us to detect a bunch of new crucial nutrients and metabolites. We can monitor when we eat and watch nutrient levels change," he says. "It not only monitors nutrients, but also hormones and drugs. It can provide continuous monitoring for many health conditions."

The paper describing the research, titled, "A Wearable Electrochemical Biosensor for the Monitoring of Metabolites and Nutrients," appears on August 15 in the journal Nature Biomedical Engineering.