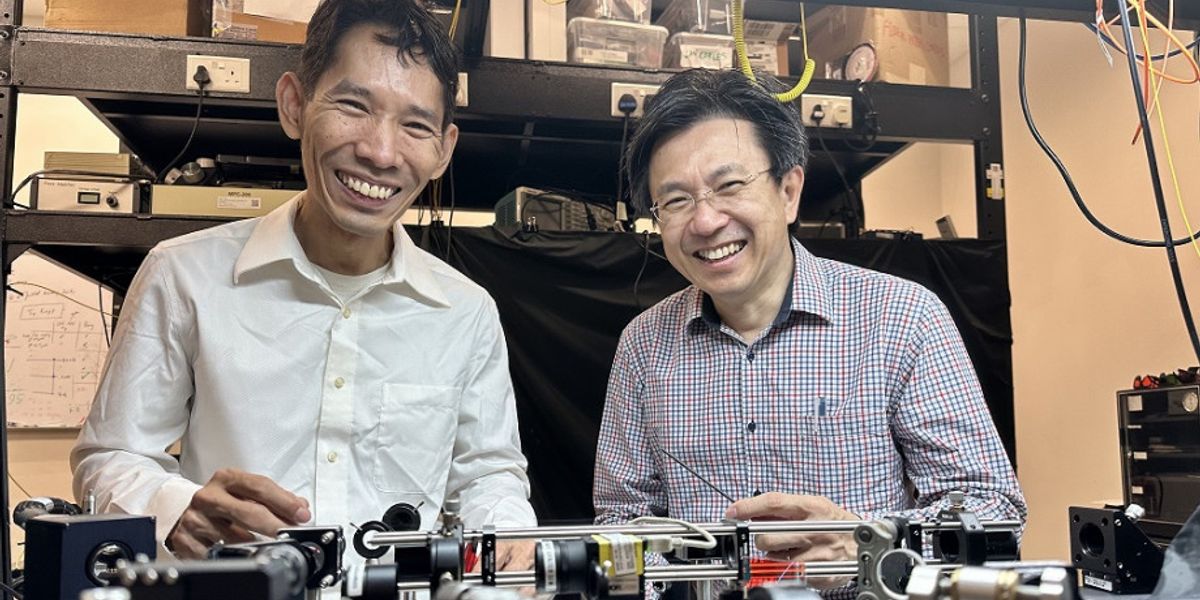 New research led by a team of scientists at The Australian National University (ANU) has outlined a way to achieve more accurate measurements of microscopic objects using quantum computers - a step that could prove useful in a huge range of next-generation technologies, including biomedical sensing.

New research led by a team of scientists at The Australian National University (ANU) has outlined a way to achieve more accurate measurements of microscopic objects using quantum computers - a step that could prove useful in a huge range of next-generation technologies, including biomedical sensing.

Examining the various individual properties of a large everyday object like a car is fairly simple: a car has a well-defined position, colour and speed. However, this becomes much trickier when trying to examine microscopic quantum objects like photons - tiny little particles of light.

That's because certain properties of quantum objects are connected, and measuring one property can disturb another property. For example, measuring the position of an electron will affect its speed and vice versa.

According to lead author and ANU PhD researcher Lorcán Conlon, this is one of the defining challenges of quantum mechanics.

"We were able to design a measurement to determine conjugate properties of quantum objects more accurately. Remarkably, our collaborators were able to implement this measurement in various labs around the world," Mr Conlon said.

"More accurate measurements are crucial, and can in turn open up new possibilities for all sorts of technologies, including biomedical sensing, laser ranging, and quantum communications."

The new technique revolves around a strange quirk of quantum systems, known as entanglement. According to the researchers, by entangling two identical quantum objects and measuring them together, scientists can determine their properties more precisely than if they were measured individually.

"There is some unavoidable noise associated with measuring any property of a quantum system. By entangling the two, we're able to reduce this noise and get a more accurate measurement."

In theory, it is possible to entangle and measure three or more quantum systems to achieve even better precision, but in this case the experiments failed to agree with the theory. Nevertheless, the authors are confident that future quantum computers will be able to overcome these limitations.

"Quantum computers with error-corrected qubits will be able to gainfully measure with more and more copies in the future," Mr Lorcan Conlon said.

According to Ping Koy Lam, Professor at ANU and A*STAR chief quantum scientist at Institute of Materials Research and Engineering (IMRE), one of the key strengths of this work is that a quantum-enhancement can still be observed in noisy scenarios.

"For practical applications, such as in biomedical measurements, it is important that we can see an advantage even when the signal is inevitably embedded in a noisy real-world environment," he said.

The study was conducted by experts at the ARC Centre of Excellence for Quantum Computation and Communication Technology (CQC2T), in collaboration with researchers from A*STAR's Institute of Materials Research and Engineering (IMRE), the University of Jena, the University of Innsbruck, and Macquarie University. Amazon Web Services collaborated by providing research and architectural support, and by making available the Rigetti Aspen-9 device using Amazon Braket.

The researchers tested their theory on 19 different quantum computers, across three different platforms: superconducting, trapped ion and photonic quantum computers. These world leading devices are located across Europe and America and are cloud-accessible, allowing researchers from across the globe to connect and carry out important research.

The research has been published in Nature Physics.

The Australian National University (ANU) is one of Australia's premier universities and ranked amongst the best in the world. It was created by Federal Parliament in 1946 to drive the nation forward and advance Australia's international standing through research and education of the highest quality....