NASA’s Psyche mission has passed a critical milestone that moves it a step closer to launch. After an intense review of the mission’s progress in building its science instruments and engineering systems, Psyche won clearance to progress into what NASA calls Phase D of its life cycle – the final phase of operations prior to its scheduled launch in August 2022.

Until now, the mission has focused on planning, designing, and building the body of the spacecraft, its solar-electric propulsion system, the three science instruments, electronics, the power subsystem, and the like. The successful review of those elements means the mission can now begin delivering components to NASA’s Jet Propulsion Laboratory, which manages the mission and will test, assemble, and integrate each piece.

“It’s really the final phase, when all of the puzzle pieces are coming together and we’re getting on the rocket. This is the most intense part of everything that happens on the ground,” said Arizona State University’s Lindy Elkins-Tanton, who as principal investigator for Psyche leads the mission.

Psyche’s target is an intriguing, metal-rich asteroid of the same name, which orbits the Sun in the main asteroid belt between Mars and Jupiter. Scientists think that, unlike rocky or icy asteroids, Psyche is largely iron and nickel and could be the heart of an early planet that lost its outer layers. Exploring the asteroid Psyche (about 140 miles, or 226 kilometers, wide) could lend valuable insight into how Earth and other planets formed. 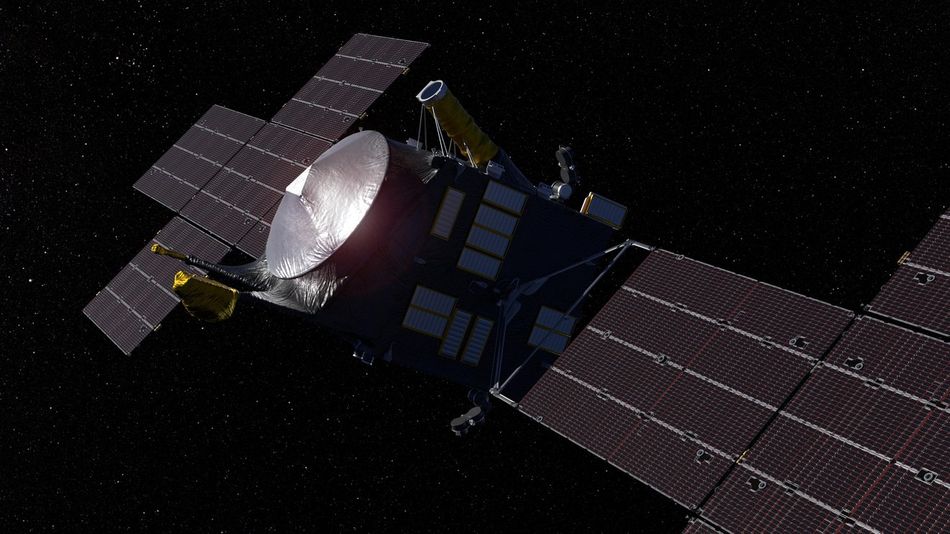 This illustration depicts NASA’s Psyche spacecraft, set to launch in 2022. Credit: NASA/JPL-Caltech/ASU  The Psyche spacecraft will use a magnetometer to detect a potential magnetic field; if the asteroid has one, it’s a strong indicator that it once was the core of an early planet. A multispectral imager will capture images of the surface, as well as gather information about the asteroid’s composition and topography. Spectrometers will analyze the neutrons and gamma rays coming from the surface to reveal the elements that make up the object.

The main structure of the spacecraft, called the Solar Electric Propulsion (SEP) Chassis, was designed and built by Maxar Technologies and is nearly complete. The Maxar team in Palo Alto, California, is preparing to ship it to JPL’s main clean room in March, when assembly, test, and launch operations begin.

Each instrument will then undergo further testing. That includes a laser technology demonstration called Deep Space Optical Communications, led by JPL, which uses a super-efficient method of transmitting data with photons, or fundamental particles of visible light. Also undergoing testing will be the thermal, telecommunications, propulsion, power, avionics, and other engineering subsystems, along with the flight computer.

“The project has made tremendous progress, particularly given the world around us and COVID-19 and dealing with the constraints that imposes,” said JPL’s Henry Stone, the Psyche project manager. “We’re in very good shape. We’re on track and have a plan to go forward to make launch.”

Although engineers and technicians have had to deal with shutdowns forced by the pandemic and to adhere to additional safety protocols for those doing hands-on work on the spacecraft, the project remains on schedule. 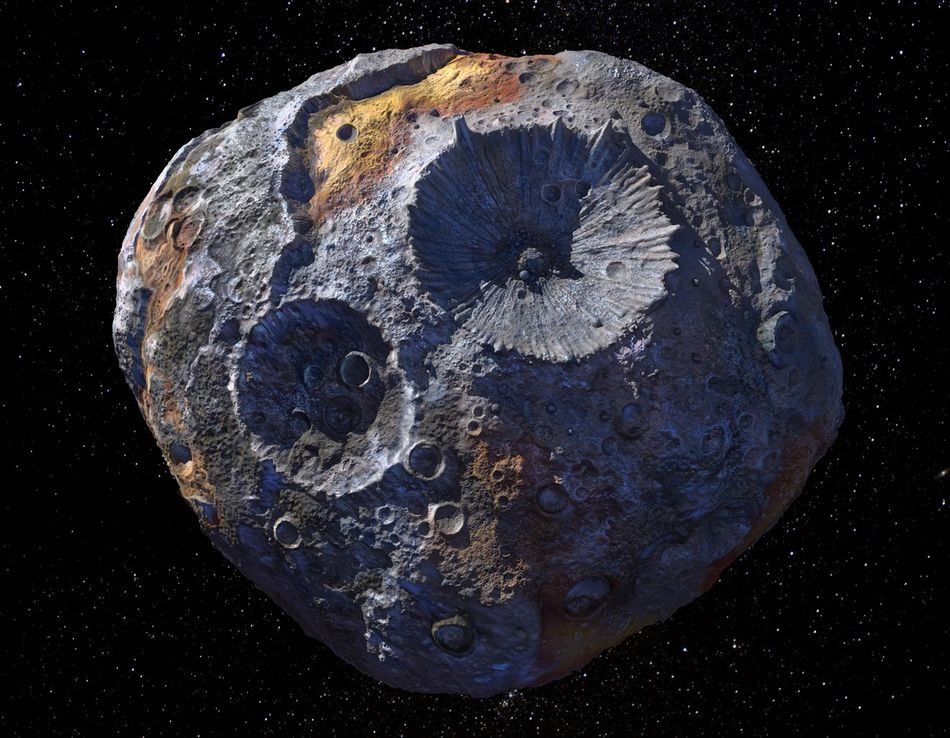 This illustration depicts the target of NASA’s Psyche mission: the asteroid Psyche, in the main asteroid belt between Mars and Jupiter. Credit: NASA/JPL-Caltech/ASU

“The fact that we can still make this happen and we’re overcoming our challenges feels near-miraculous,” Elkins-Tanton said. “And it’s also an incredible gift to keep us all focused and moving forward in a difficult time. So reaching this milestone has special meaning – not just for this project that we’ve been working on for a decade, but also because of what’s been happening more recently in all of our lives.”

By spring of 2022, the spacecraft will be fully assembled and ready to ship to NASA’s Kennedy Space Center in Cape Canaveral, Florida, where it will launch in August 2022. Psyche will fly by Mars for a gravity assist in May 2023. And in early 2026, it will slip into orbit around the asteroid, where it will spend 21 months gathering data for analysis.