Between July 4 and July 6, 2019, a sequence of powerful earthquakes rumbled near Ridgecrest, California, triggering more than 10,000 aftershocks over a six-week period. Seeing an opportunity, researchers from NASA’s Jet Propulsion Laboratory and Caltech flew instruments attached to high-altitude balloons over the region in hopes of making the first balloon-borne detection of a naturally occurring earthquake. Their goal: to test the technology for future applications at Venus, where balloons equipped with science instruments could float above the planet’s exceedingly inhospitable surface.

And they succeeded. On July 22, highly sensitive barometers (instruments that measure changes in air pressure) on one of the balloons detected the low-frequency sound waves caused by an aftershock on the ground.

In their new study, published on June 20 in Geophysical Research Letters, the team behind the balloons describes how a similar technique could help reveal the innermost mysteries of Venus, where surface temperatures are hot enough to melt lead and atmospheric pressures are high enough to crush a submarine. 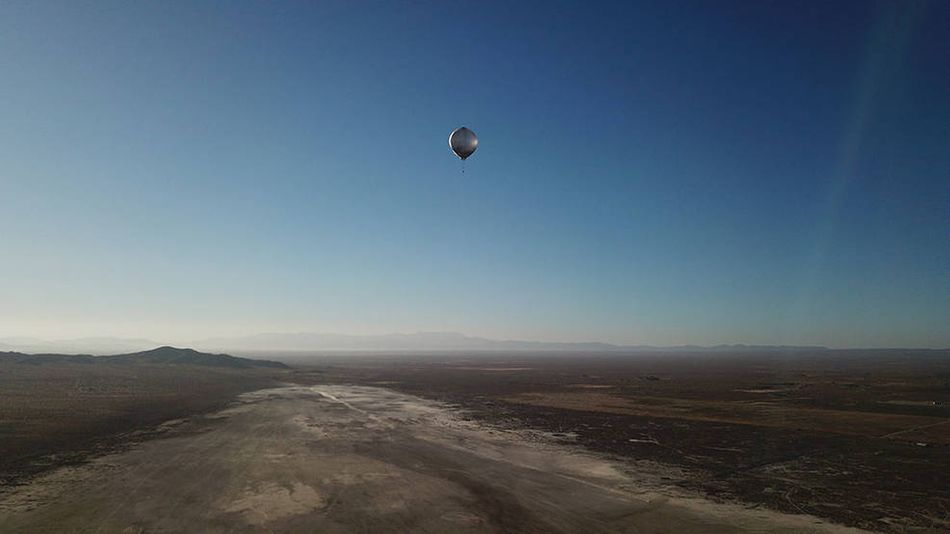 When heated by the Sun, these balloons rise into the atmosphere; at dusk they descend. The low-frequency acoustic waves generated by an aftershock were recorded by one of the balloons as it ascended during one flight on July 22, 2019. Credits: NASA/JPL-Caltech

Approximately the size of Earth, Venus is thought to have once been more hospitable before evolving into a place that is remarkably different from our habitable world. Scientists aren’t sure why that happened.

One key way to understand how a rocky planet evolved is to study what’s inside, and one of the best ways to do that is to measure the seismic waves that bounce around below its surface. On Earth, different materials and structures refract these subsurface waves in different ways. By studying the strength and speed of waves produced by an earthquake or explosion, seismologists can determine the character of rocky layers beneath the surface and even pinpoint reservoirs of liquid, such as oil or water. These measurements can also be used to detect volcanic and tectonic activity. 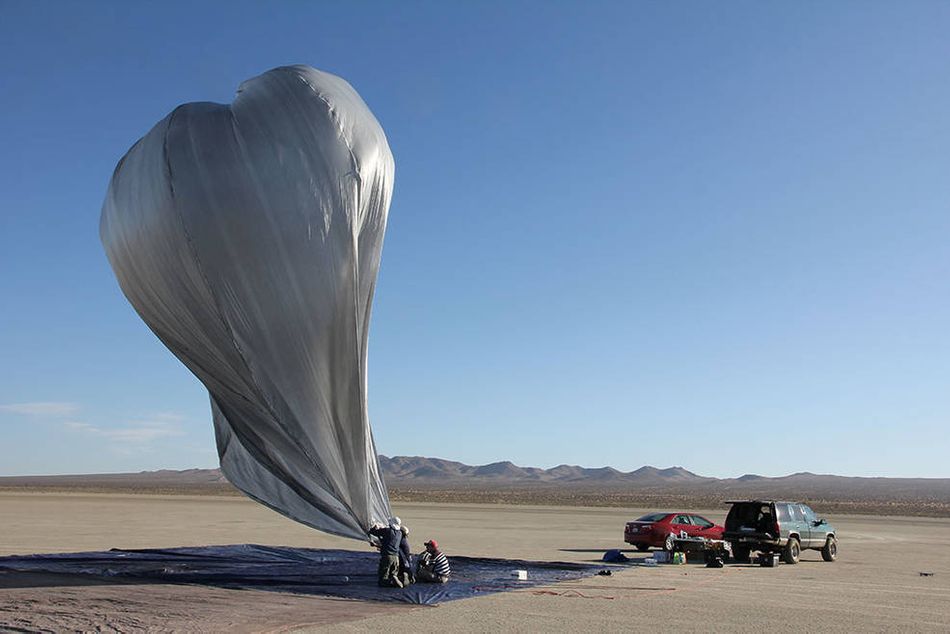 The JPL and Caltech researchers will continue flying the balloons over seismically active regions to better understand the infrasound that earthquakes generate on Earth so the technique might one day be applied during a mission to Venus. Credits: NASA/JPL-Caltech

“Much of our understanding about Earth’s interior – how it cools and its relationship to the surface, where life resides – comes from the analysis of seismic waves that traverse regions as deep as Earth’s inner core,” said Jennifer M. Jackson, the William E. Leonhard Professor of Mineral Physics at Caltech’s Seismological Laboratory and a study co-author. “Tens of thousands of ground-based seismometers populate spatially-dense or permanent networks, enabling this possibility on Earth. We don’t have this luxury on other planetary bodies, particularly on Venus. Observations of seismic activity there would strengthen our understanding of rocky planets, but Venus’ extreme environment requires us to investigate novel detection techniques.”

If this could be achieved at Venus, scientists will have found a way to study the planet’s enigmatic interior without having to land any hardware on its extreme surface.

During the aftershocks following the 2019 Ridgecrest earthquake sequence, JPL’s Attila Komjathy and his colleagues led the campaign by releasing two “heliotrope” balloons. Based on a design developed by study co-author Daniel Bowman of Sandia National Laboratories in Albuquerque, New Mexico, the balloons rise to altitudes of about 11 to 15 miles (18 to 24 kilometers) when heated by the Sun and return to the ground at dusk. As the balloons drifted, barometers they carried measured changes in air pressure over the region while the faint acoustic vibrations of the aftershocks traveled through the air.

“Trying to detect naturally occurring earthquakes from balloons is a challenge, and when you first look at the data, you can feel disappointed, as most low-magnitude quakes don’t produce strong sound waves in the atmosphere,” said Quentin Brissaud, a seismologist at Caltech’s Seismological Laboratory and the Norwegian Seismic Array (NORSAR) in Oslo, Norway. “All kinds of environmental noise is detected; even the balloons themselves generate noise.”

During previous tests, the researchers detected the acoustic signals from seismic waves generated by a seismic hammer (a heavy mass that is dropped to the ground), as well as explosives detonated on the ground below tethered balloons. But could the researchers do the same with free-floating balloons above a natural earthquake? The main challenge among others: There was no guarantee an earthquake would even happen while the balloons were aloft. 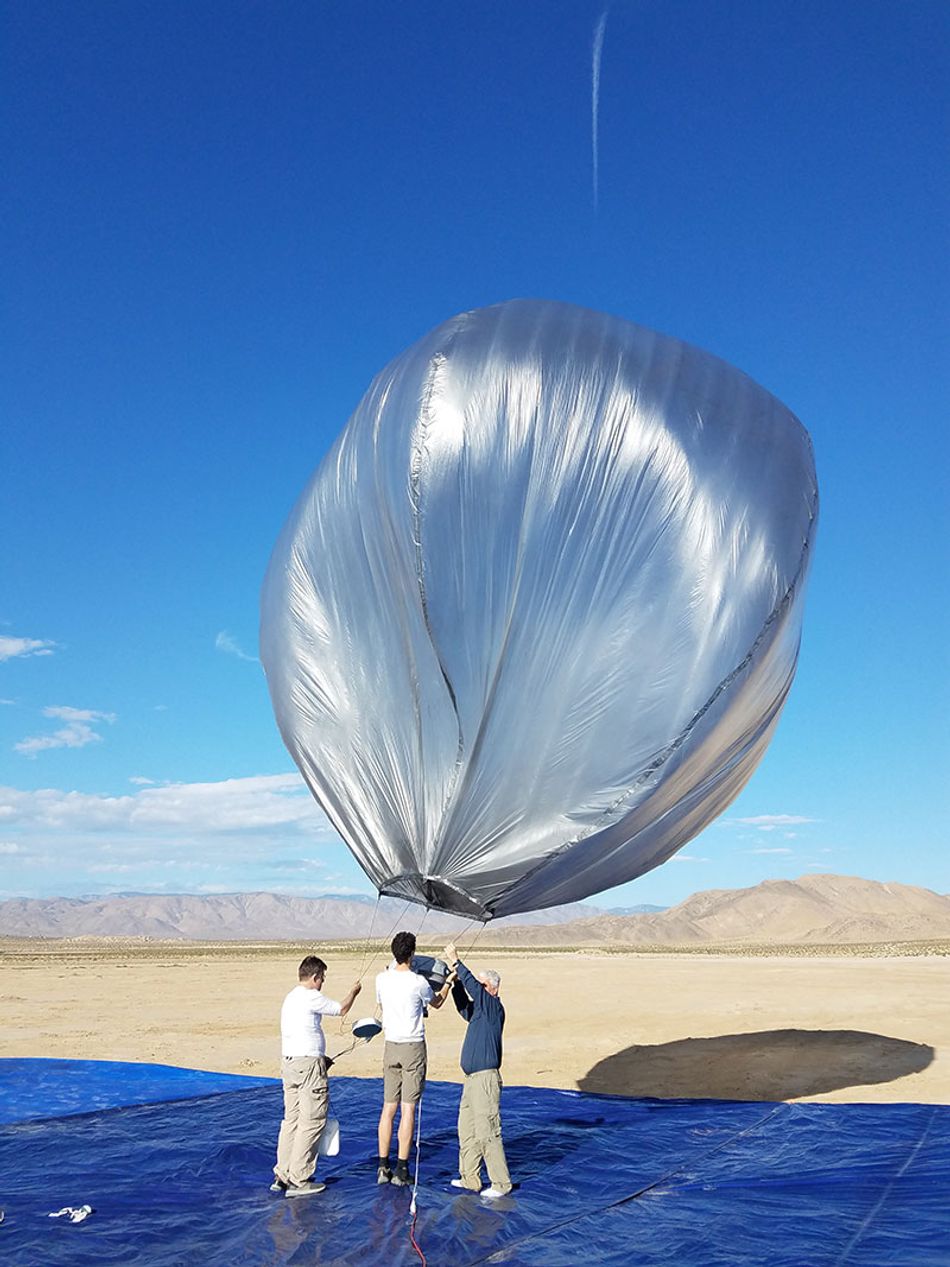 One of the “heliotrope” balloons is being prepared for flight soon after the 2019 Ridgecrest earthquake sequence. The balloons were launched from California’s Mojave Desert and allowed to drift over the region. Credits: NASA/JPL-Caltech

On July 22, they had a lucky break: Ground-based seismometers registered a magnitude 4.2 aftershock nearly 50 miles (80 kilometers) away. About 32 seconds later, one balloon detected a low-frequency acoustic vibration – a type of sound wave below the threshold of human hearing called infrasound – wash over it as it was ascending to an altitude of nearly 3 miles (4.8 kilometers). Through analysis and comparisons with computer models and simulations, the researchers confirmed that they had, for the first time, detected a naturally occurring earthquake from a balloon-borne instrument.

“Because there is such a dense network of seismometer ground stations in Southern California, we were able to get the ‘ground truth’ as to timing of the quake and its location,” said Brissaud, the study’s lead author. “The wave we detected was strongly correlated with nearby ground stations, and when compared to modeled data, that convinced us – we had heard an earthquake.”

The researchers will continue flying the balloons over seismically active regions to become more familiar with the infrasound signatures associated with these events. By adding several barometers to the same balloon and flying multiple balloons at once, they hope to pinpoint where a quake occurs without needing confirmation from ground stations.

From California to Venus

Sending balloons to Venus has already been proven feasible. The two Vega mission balloons deployed there in 1985 by a Soviet-led cooperative transmitted data for over 46 hours. Neither carried instruments to detect seismic activity. Now this study demonstrates that the technique for detecting infrasound at Venus may be possible as well. In fact, because Venus’ atmosphere is much denser than Earth’s, sound waves travel far more efficiently.

“The acoustic coupling of quakes into the atmosphere is calculated to be 60 times stronger on Venus than on Earth, meaning it should be easier to detect venusquakes from the cool layers of Venus’ atmosphere between 50 to 60 kilometers [about 31 to 37 miles] in altitude,” said JPL technologist Siddharth Krishnamoorthy, principal investigator of the analysis effort. “We should be able to detect venusquakes, volcanic processes, and outgassing events while characterizing the levels of activity.”

What interests Krishnamoorthy the most about flying balloons on Venus is that scientists could use them to drift over regions that look like they should be seismically active based on satellite observations and find out whether they really are. “If we drift over a hotspot, or what looks like a volcano from orbit, the balloon would be able to listen for acoustic clues to work out if it’s indeed acting like a terrestrial volcano,” said Krishnamoorthy, who was also technical lead for the Ridgecrest balloon campaign. “In this way, balloons could provide the ground truth for satellite measurements.”

While the Venus balloon team continues to explore those possibilities, colleagues at NASA will be moving ahead with two missions the agency recently selected to go to Venus between 2028 and 2030: VERITAS will study the planet’s surface and interior, and DAVINCI+ will study its atmosphere. ESA (European Space Agency) has also announced its own mission to Venus, EnVision. These missions will offer new clues as to why the once-Earth-like planet became so inhospitable.

Two new prototypes of a nutrient mixing system for future Moon and Mars greenhouse modules have now been completed and installed following a successful design and development phase between Priva and the German Aerospace Center (Deutsches Zentrum für Luft- und Raumfahrt; DLR) that lasted over a year.

How do we build electronic materials that can survive radiation?

When it comes to designing electronics for use in space, the challenge is to do so without adding significant weight to a mission's payload.