A new electrode that could free up 20% more light from organic light-emitting diodes has been developed at the University of Michigan. It could help extend the battery life of smartphones and laptops, or make next-gen televisions and displays much more energy efficient.

The approach prevents light from being trapped in the light-emitting part of an OLED, enabling OLEDs to maintain brightness while using less power. In addition, the electrode is easy to fit into existing processes for making OLED displays and light fixtures.

“With our approach, you can do it all in the same vacuum chamber,” said L. Jay Guo, U-M professor of electrical and computer engineering and corresponding author of the study. 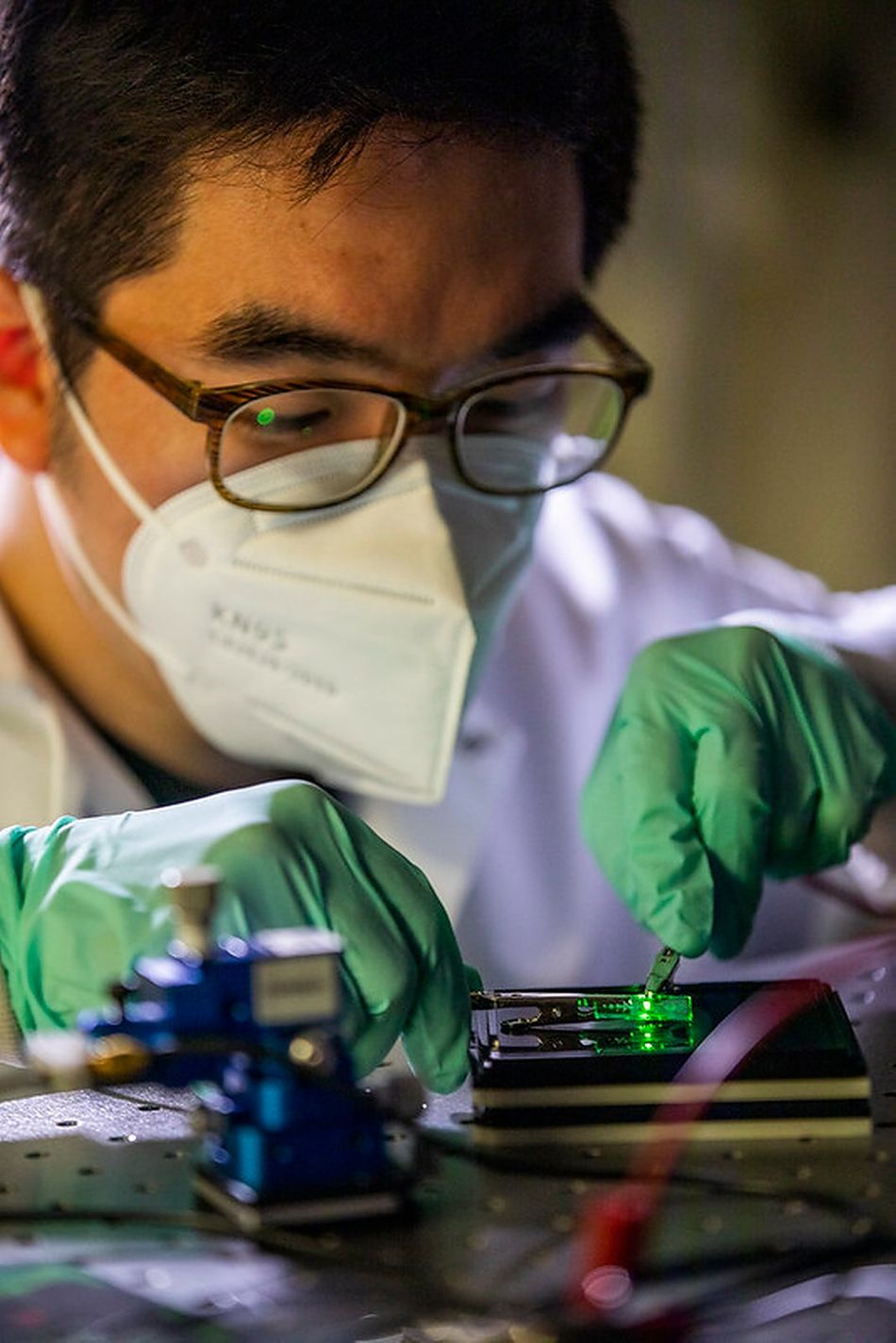 Unless engineers take action, about 80% of the light produced by an OLED gets trapped inside the device. It does this due to an effect known as waveguiding. Essentially, the light rays that don’t come out of the device at an angle close to perpendicular get reflected back and guided sideways through the device. They end up lost inside the OLED.

A good portion of the lost light is simply trapped between the two electrodes on either side of the light-emitter. One of the biggest offenders is the transparent electrode that stands between the light-emitting material and the glass, typically made of indium tin oxide (ITO). In a lab device, you can see trapped light shooting out the sides rather than traveling through to the viewer.

“Untreated, it is the strongest waveguiding layer in the OLED,” Guo said. “We want to address the root cause of the problem.”

By swapping out the ITO for a layer of silver just five nanometers thick, deposited on a seed layer of copper, Guo’s team maintained the electrode function while eliminating the waveguiding problem in the OLED layers altogether.

“Industry may be able to liberate more than 40% of the light, in part by trading the conventional indium tin oxide electrodes for our nanoscale layer of transparent silver,” said Changyeong Jeong, first author and a Ph.D. candidate in electrical and computer engineering.

This benefit is tricky to see, though, in a relatively simple lab device. Even though light is no longer guided in the OLED stack, that freed-up light can still be reflected from the glass. In industry, engineers have ways of reducing that reflection—creating bumps on the glass surface, or adding grid patterns or particles that will scatter the light throughout the glass.

“Some researchers were able to free up about 34% of the light by using unconventional materials with special emission directions or patterning structures,” Jeong said. 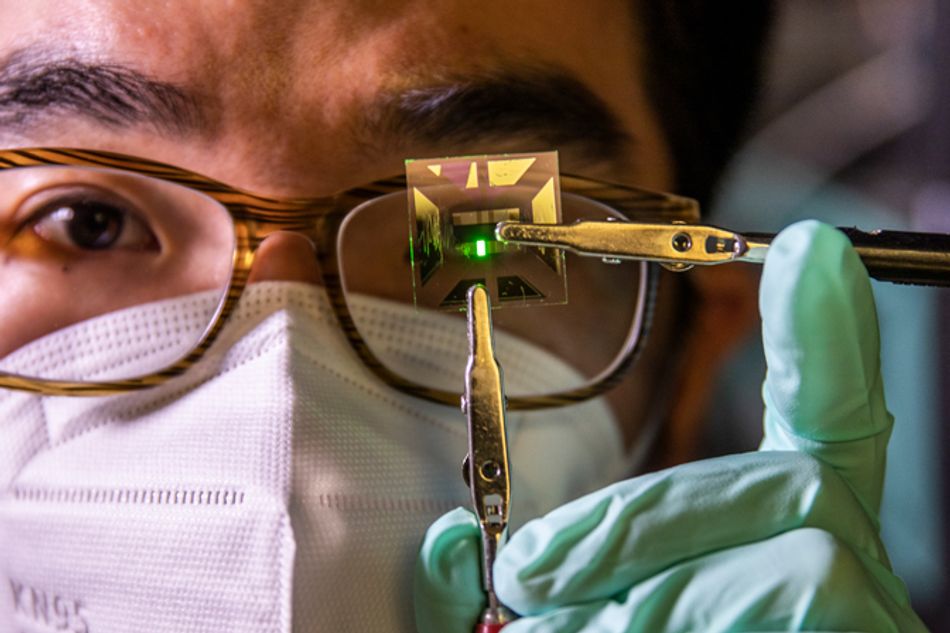 In order to prove that they had eliminated the waveguiding in the light-emitter, Guo’s team had to stop the light trapping by the glass, too. They did this with an experimental set-up using a liquid that had the same index of refraction as glass, so-called index-matching fluid—an oil in this case. That “index-matching” prevents the reflection that happens at the boundary between high-index glass and low-index air.

Once they’d done this, they could look at their experimental set-up from the side and see whether any light was coming sideways. They found that the edge of the light-emitting layer was almost completely dark. In turn, the light coming through the glass was about 20% brighter.

The finding is described in the journal Science Advances, in a paper titled, “Tackling light trapping in organic light-emitting diodes by complete elimination of waveguide modes.”

Toward batteries that pack twice as much energy per pound

A method for stabilizing the interfaces in solid-state lithium-ion batteries opens new possibilities.

How to prevent short-circuiting in next-gen lithium batteries