In my earlier article- Monarchy in the Swarm, I tried to answer the question, how to convert individual drones into a swarm.

In my earlier article- Monarchy in the Swarm, I tried to answer the question, how to convert individual drones into a swarm. When there is a special drone that is developed especially for leading drone swarms, the problem is easier to solve. The leader starts discovery algorithm, and recursively, whole swarm is discovered. I highly suggest reading that article since I will not repeat myself in this article with basic knowledge given there.

But, what if every drone has the capability of leading swarm? That would be the final solution to our problem. The drone swarm would heal its control structure whenever the leader drone can not lead anymore. New elections are quickly held, and the swarm continues to its mission without significant delay or loss in capability.

Who Should be the Leader?

Like real life, a leader must be the most capable one to lead in the population. But what would be the parameters for such capability? This question would require whole another article to answer. But for simplicity, let’s assume there are two important metrics that signify leadership capability;

How can a Drone Find Its Number of Connections?

We identified our parameters of leadership. Each drone can estimate its own remaining life. But how can it know how many drones it can communicate with. Let’s assume each drone keeps a connection list that stores a ID numbers of drones in its communication range.

For this, each drone should repeatedly broadcast its unique ID and nothing else with random periods. Broadcasts should be really short since our wireless medium is shared by all drones and transmissions happening at the same time may cause interference. Repeated broadcasts with random periods are necessary to reduce the chance of two drones interfering with each other at each repeated transmission. Of course this repetition count should be picked carefully since ee do not want too long broadcast process. Swarm’s size and distance between drones are the deciding factors for interference probability. 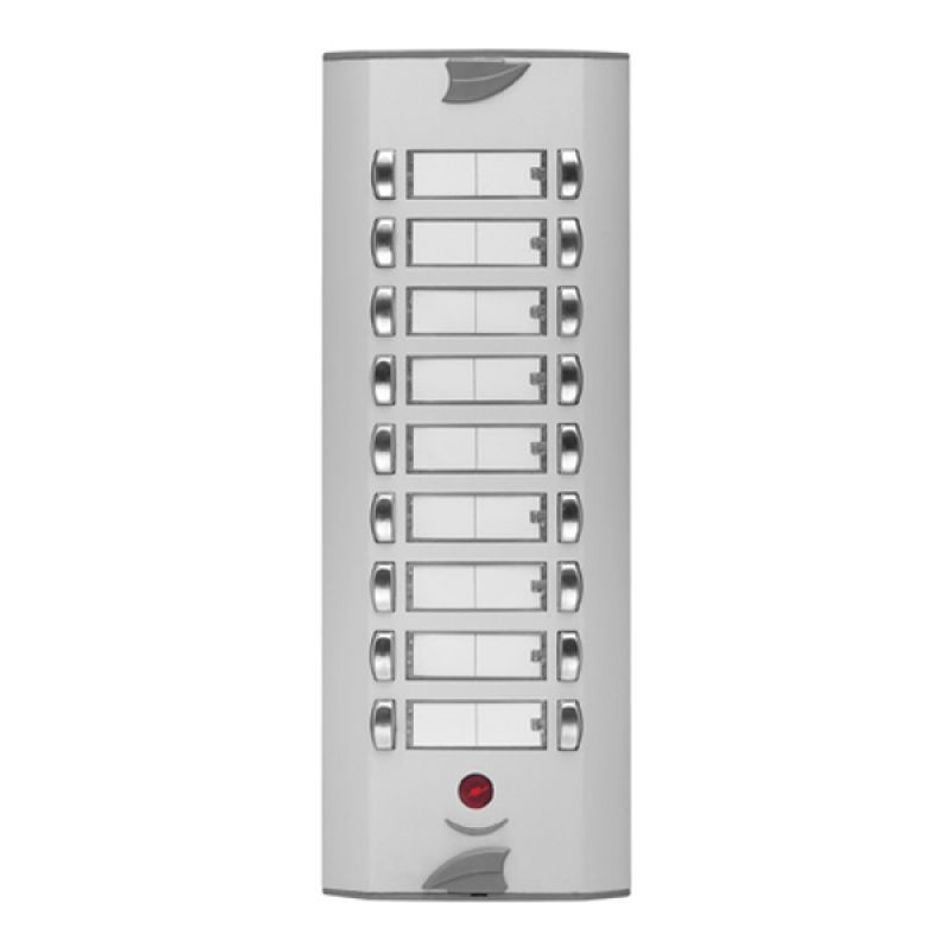 Time Has Come to Elect the Leader

At this moment, each drone has its connection list(and number of connections) and its own remaining lifetime. Formula below will be used to calculate leadership value(LV) of the drones. Each drone should calculate its LV before starting elections.

Repetition count is important here. We want to make sure each drone in the swarm has the same information about leader’s identity. Each drone might have to broadcast more than once if it hears broadcast about another leader, which is better leader than it has. This algorithm might be modified to prevent excess broadcasts.This way, eventually all the drones will know the leader drone in the swarm.

Example with a Small Swarm 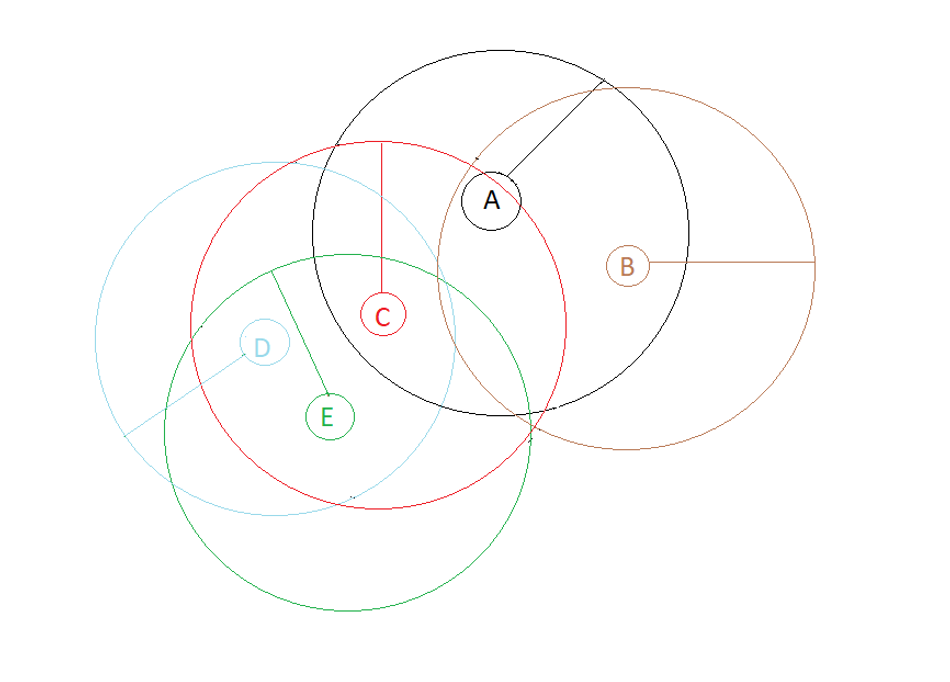 Drones and Their Communication Range

Each drone, its communication boundaries and line to those boundaries are the same color. Assuming each drone has the same battery level, we can see that C is the best candidate to lead. Repeated-randomized broadcasts are also ignored for this example. We will accept only one drone transmits at any time for simplicity, there is no interference. Let’s see how our algorithm works.

We assumed minimum amount of broadcasts that lead us to elect the most capable leader.

At this point, each drone in the swarm knows who is the leader. After this point, all we have to do form a swarm with techniques given in my first article-Monarchy in the Swarm.

Elections should be repeated when necessary, since we know every drone can fail or its battery runs out. There might be many tweaks to this given algorithm to reduce number of elections in a swarm. but that should be another article’s topic.

Autonomous drone swarms has its specific problems. They rely on communicating with each other,if the aim is operating as swarm instead of individual drones. They are vulnerable to targeted or area jamming, control loss due to leader malfunction. The leader of the swarm should not be seen dictator that sets actions of each swarm member also, it is just a coordinator that manages the swarm. Swarm members has their own mission data and plan.

A robust swarm should easily adapt to control loss and recover in such cases. Like insect swarm, a drone swarm who lost its leader or great portion of its members should continue its mission after recovery.

An insect-inspired drone deforms upon impact

After graduating from Mersin High School of Science, I attended to Hacettepe University Computer Engineering program. In June 2015, I graduated as honorary student with 3.14 GPA. During my education , I enjoyed concepts of Embedded Systems, and Computer Networks. In my spare time, I developed proje...

Monarchy in The Swarm, Drone Swarm with Predetermined Leader

An insect-inspired drone deforms upon impact

An origami-like drone developed at EPFL is flexible enough to absorb shocks without breaking before returning to its initial shape. This new type of drone, which was inspired by insect wings, draws on the advantages of both stiff and flexible structures.