Czech leading supplier Šmeral, specialized in the production of forming machines and their modernization and overhauling, relies on Creaform 3D scanner and can now realize complex shape measurement much faster than before.

The Czech company Šmeral Brno a.s is a joint-stock company with a lasting tradition since 1861. During his history the company has undergone a long development of its production focus, which began with foundry production, followed by the addition of mechanical engineering to the decision to product forming machines of own brand in 1925. Nowadays, the basis or Šmerals’ production program consists of robots or transfers automatized turnkey forming lines and stand-alone forming machines and other equipment for forging shops like presses and drop hammers for hot die forging or forging rolls. Šmeral Brno is the world leading supplier of cross wedge rolling machines for steel and aluminum alloys forming.

Why using a 3D Scanner?

Already well equipped with a laser tracker and a CMM, Šmeral was looking to enhance its quality control and measurement equipment by a portable scanning device in order to easily realize CAD comparisons, retrofitting and reverse engineering.

After some searches, they found what they were looking for on the web and contacted Creaform to get some more information about the MetraSCAN 3D, a flexible portable 3D measurement solution engineered for shop-floor conditions.

The 3D scanner MetraSCAN 3D is a portable scanning solution which works with the optical tracking camera C-Track which enables dynamic referencing, automatic alignment, and continuous monitoring of parameters. It is insensitive to changes in shop-floor environments and ideal to measure parts that cannot be moved to a granite or cast-iron table.

After an on-site demonstration realized by SolidVision s.r.o., the official distributor for Creaform products in the Czech Republic, Šmeral Brno was impressed by the capabilities of the MetraSCAN 3D especially as they happened to measure and scan frequently glossy and rough surfaces. And this without any preparation, as with other scanning solutions they would have needed to apply a spray or realize other setups beforehand. Another plus was the speed and range of measurement as well as the portability of the 3D scanning device as the system could be used at the factory itself but also for measurements at the customer’s site.

Šmeral quickly decided to invest in a MetraSCAN 750 │ Elite. Even if they already have other measuring machines, they didn’t have the possibility to 3D scan. With the MetraSCAN 3D they enhance their measurement options and capacities which is very important for the company as they are trying to achieve the most efficient measurement methods for cross wedge rolling in cooperation with the designers. The Creaform scanner helps a lot as it makes complex shape measurement much faster.

Examples of parts being measured at Šmeral Brno a.s. with measurement reports: 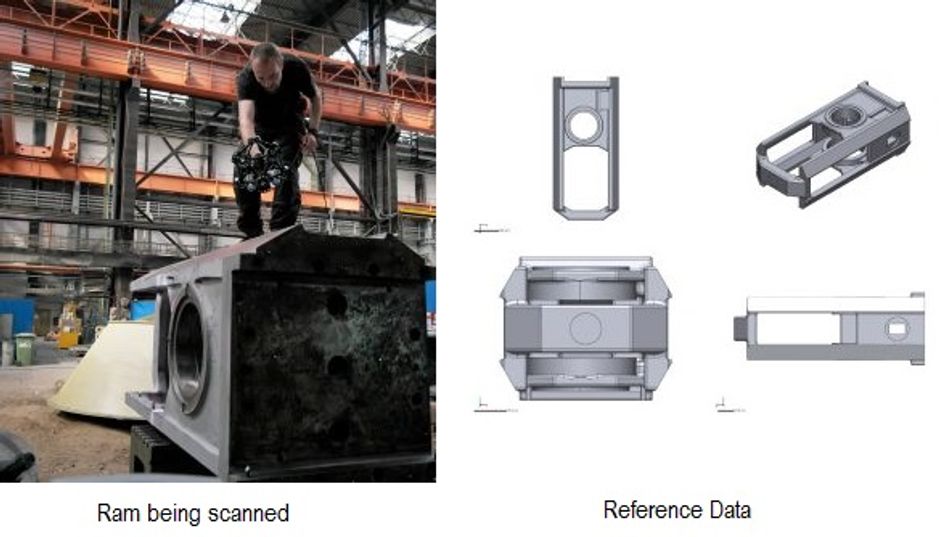 Šmeral Brno a.s. is the joint-stock company with tradition since 1861. During its more than 150 years history, the company has undergone a long development of its production focus, which began with foundry production, followed by addition of mechanical engineering to the decision to produce forming machines of own brand in 1925.

In 2005 SolidVision expanded its business with a design office and a 3D scanning department.

How Landing Gears are Made... and Inspected

A fascinating must-see for anyone who’s ever been interested in the making of complex, highly-sensitive systems: Safran, the French world leader in aerospace landing gear systems, just released a video titled Birth of a Landing Gear.

When Art And Digital Fabrication Co-Create