© 2021 EPFL Alain Herzog, engrave with a laser in the center of the material

Can crafts as old as watch-crystal engraving still be modernized, especially at traditional watchmakers like Vacheron Constantin, founded all the way back in 1755? That’s the challenge engineers at EPFL’s Galatea Laboratory decided to tackle. They wondered how they could bring the craft into the 21st century, enabling artisans to use lasers – rather than engravers, scissors or cutters – to sculpt watch crystals. Lasers can draw fine lines within the very core of a crystal, but they have to be guided using a virtual reality headset.

The engineers at Galatea, located at Microcity in Neuchâtel, worked with Vacheron Constantin for two years to develop a high-tech approach to the age-old craft. “We wanted to use new technology to broaden the range of possibilities that craftsmen can explore, without losing their traditional know-how or the finesse of their movements,” says Prof. Yves Bellouard, who holds the Richemont chair at EPFL and heads the Galatea Lab. Paul Bertusi, an engineering and innovation project manager at Vacheron Constantin, adds: “We wanted to incorporate innovation into this highly traditional method, which has been honed at our company over more than 265 years.”

The project began in 2016, shortly after Bellouard joined EPFL and set up the Galatea Lab in order to study how lasers interact with materials and what the potential applications are in microengineering. His team works with high-intensity, ultra-short laser pulses – the same technology that won the 2018 Nobel Prize in Physics – that are capable of changing the properties of a material. The discovery of these pulses opened up entirely new avenues of research. “Until then, it was impossible to work inside materials,” says Bellouard. “I spoke with Richemont” – the company that owns Vacheron Constantin – “about how we could combine this technology with craftsmanship techniques, and applying it to watch engraving seemed like the perfect choice.”

Emmanuelle Maridat, an engraver at Vacheron Constantin for the past 12 years, thought it was a great idea. She was excited about the opportunity to transform her profession by adding this new dimension. But laser engraving turned out to be a complicated endeavor, especially in terms of controlling hand movements in virtual space. It’s not easy to etch lines deep inside a crystal using only a tiny beam of light and a digital pen. And the lines are too small to be seen with the naked eye. The research team tried several different viewing devices for their system: first a binocular device, then a computer screen, and then they finally settled on a virtual reality headset. But the headset still needed to be tweaked further. 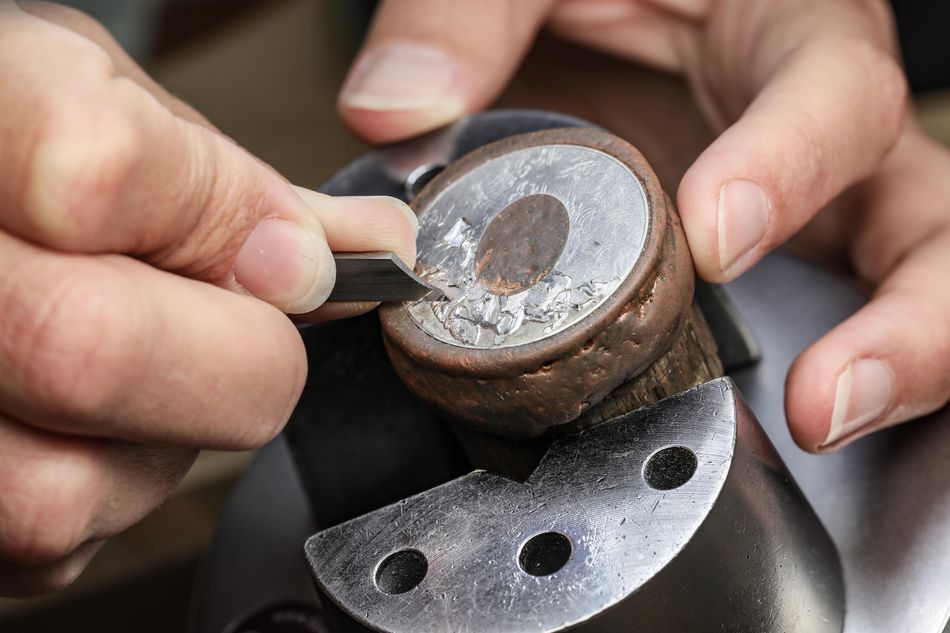 © 2021 EPFL Alain Herzog, Art engraving on watch The biggest difficulty Maridat found was not having any physical resistance as she moved the pen. “In my work, it’s not just what you see and the shapes you perceive, but also your interactions with the materials – when you touch them, the resistance you feel on your cutter as it moves through metal and etches some of it away to create designs. With the laser, I didn’t have any of that and lost my bearings,” she says.

The various people working on the project therefore began a steep learning curve. The engravers had to get accustomed to using the high-tech tools – and, in the process, help improve the system – and the engineers had to don the hat of a craftsman, finding a way to restore the physical link and the feeling of resistance. “With a laser, you lose the mechanical connection,” says Bellouard. “And that’s a problem for the craftsmen, since they can only see what they do, without the tactile feedback. We had to recreate that feedback virtually.” 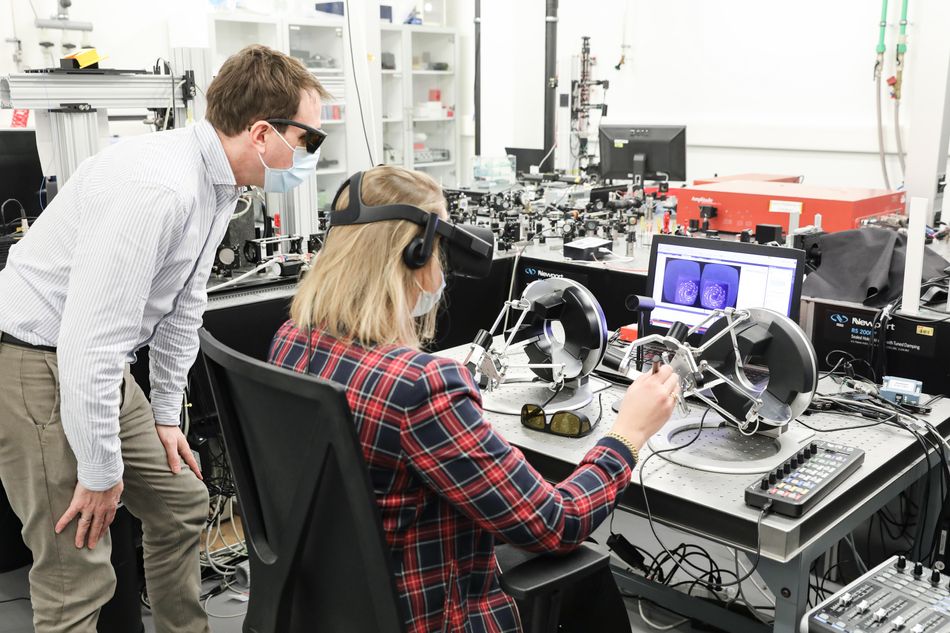 © 2021 EPFL Alain Herzog, rediscover sensations thanks to a haptic interface  Bringing back the feeling of touch

The Galatea engineers therefore contacted Force Dimension, an EPFL spin-off that mainly develops surgical robotics technology but is also involved in precision watchmaking. The experts at Force Dimension designed a device that recreates the physical resistance Maridat was lacking. They created a digital pen attached to a robotic arm that uses haptic technology to give users a feeling of touch as they engrave materials virtually. Force Dimension co-founder François Conti describes it this way: “Programmers enter data on the strength and position of a desired movement into the machine, which then reproduces it on the robotic arm. That gives craftsmen the right resistance, as if they were actually touching the object.”

The project is far from over, and the system may end up taking on a different form. “At Vacheron Constantin, our innovation goal is to seek out new technology that will let us keep making exceptional watches,” says Bertusi. “Being able to structure watch crystals in 3D, work anywhere in a piece of crystal, and create genuine 3D sculptures within a crystal – all that opens up extremely interesting possibilities.” Talks are already under way for further research projects.