The futuristic and sleek looking space, deemed The Office of the Future, is a 2,600 square foot, single-story, multi-building campus that will host the offices of the Dubai Future Foundation. Its turnover was a very impressive 17 days for the actual printing, as well as only 2 days for the installation!

A Chinese team, WinSun, masterminded the project. Those familiar with this field might recall that the firm, specializing in experimental 3D printing projects, has made headlines several times in the last few years, by constantly pushing the previously thought-of boundaries (such as in this example). Reliability testing was conducted by both Chinese and British experts, in order to make sure the installation would be sound.

The architectural 3D printer, located in Shanghai, used concrete mixed with other materials to produce walls, floors and ceilings on their side; the pieces were then tilted vertically. In order to produce actual building blocks, the sizeable 3D printer had to be 20 feet high (6,6 m), 120 feet long (32 m) and 40 feet (10 m) wide. Just like prefab building sections, the 3D-printed components were then shipped to Dubai and assembled on site. 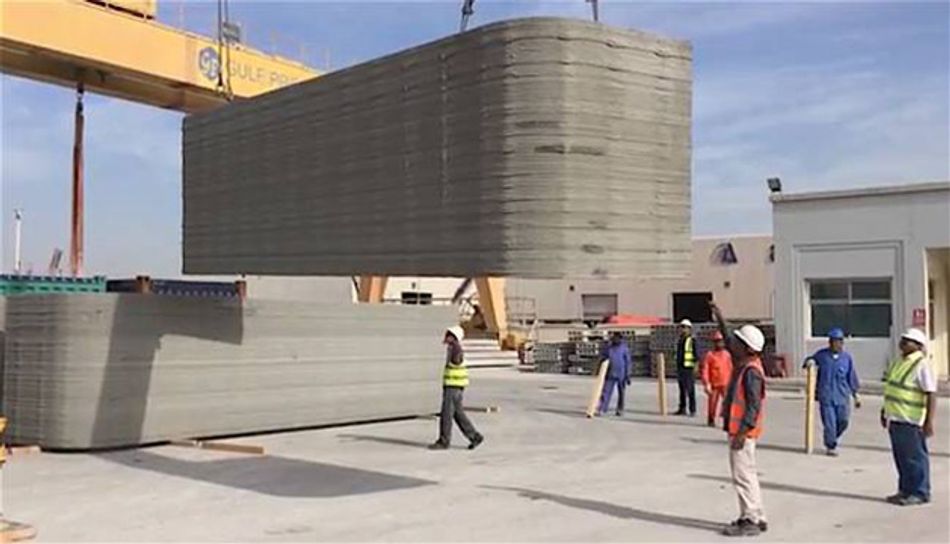 On top of the cement components, some additional elements, such as the plumbing, air cooling, electricity and even telecom systems were also 3D-printed!

Have a look at the process:

Consequent with its reputation as a contemporary architecture haven, the UAE are really ahead of the curve when it comes to tomorrow’s building landscape: it plans to have no less than 25% of its new buildings 3D printed by 2030!

Such a 3D printing architecture project heavily relies on scaling, a technique often used in the 3D scan-to-print realm. The possibilities are indeed quite extraordinary: in order to materialize a life-size building, only a miniature mockup is necessary! This might even constitute the ultimate scaling application: after the model is 3D scanned, digitally scaled, then printed, it can actually “come to life” and become inhabited! 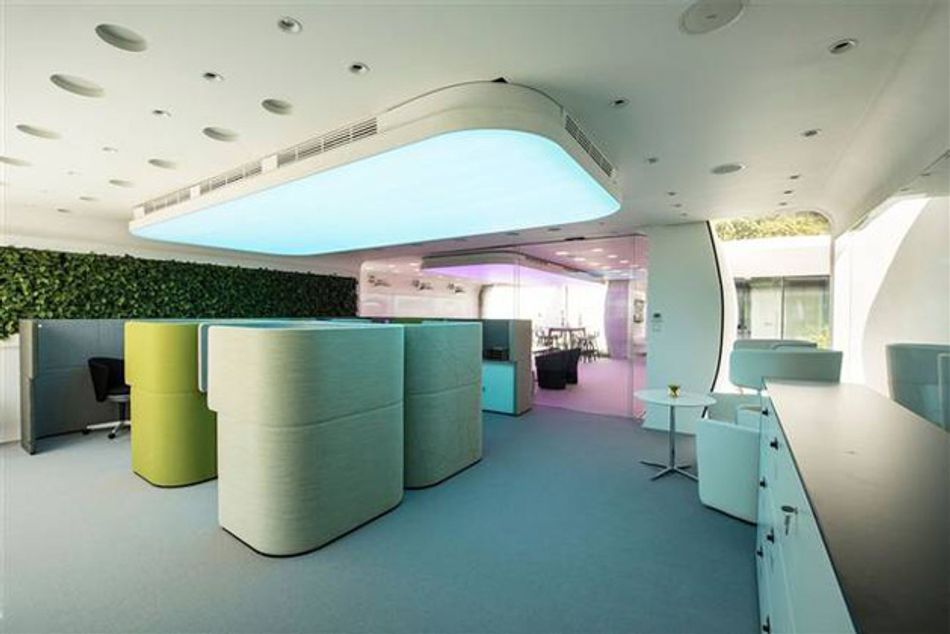 On top of the incredibly fast project completion compared to a conventional construction site, the benefits of this new technology are numerous. For one, the labor costs are reduced by at least 50%! For the whole project, only a team of 18 was necessary: 1 person to monitor the 3D printing architecture process, 7 people to install the components in Dubai, as well as 10 electricians and specialists that took care of the mechanical and electrical engineering aspects.

Such a building process is additionally eco-friendly, since it can reduce construction waste by 60%. Bringing already made components and only assembling them on site probably lowers the manmade footprint altogether as well. It’s very hard not to see the technology becoming more widespread in the next few years: it could, for instance, bring buildings to sites that were previously completely unsuitable for construction, produce shelters very quickly when disaster strikes, or simply make it possible to create the most original, intricate, crazy architectural shapes!

“This paves the way for a future where 3D printing architecture can help resolve pressing environmental and urbanization issues, and it allows us to deliver highly customized spaces for our clients in a much shorter time frame,” explained Richard Hammond, principal architect at Gensler, the firm behind the design.