Sustainability can mean many things to many people - it covers climate change, biodiversity, net-zero, corporate viability and many other issues. This breadth makes it hard to summarise in a pithy sentence but the UN gave it a good go in the 80s -

“Sustainability means meeting our own needs without compromising the ability of future generations to meet their own needs."

If we boil this down, there are three factors we must balance and nurture to be sustainable - 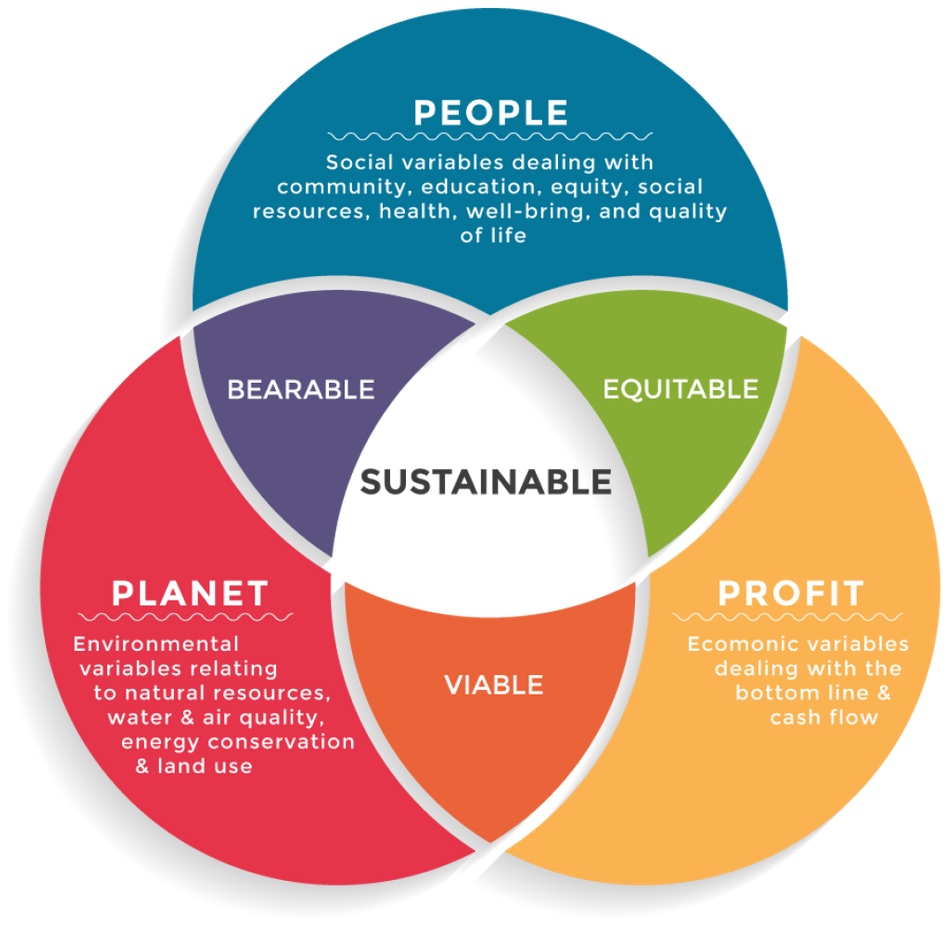 People, planet and profit provide a broad overview but a more granular approach is required to affect change. The United Nations has laid out 17 goals for a more sustainable future known as the Sustainable Development Goals (SDGs). They're not meant as a mutually exclusive, completely exhaustive list but rather cover the biggest challenges for our society to solve. 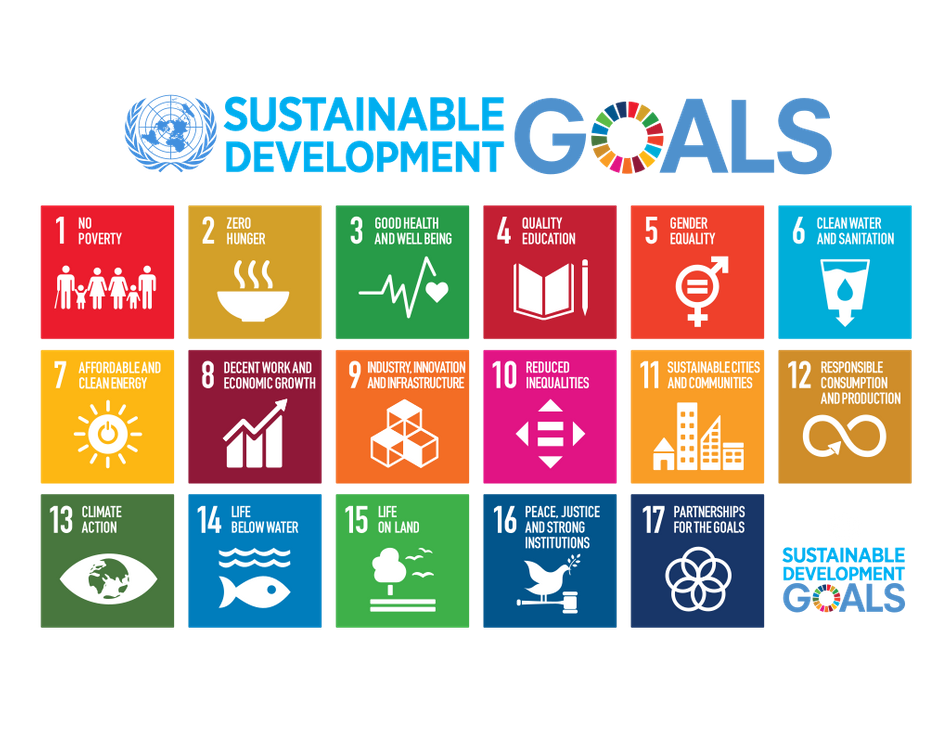 The negative impacts of robotics

Nature recently published a review on robotics and their ability to impact the SDGs conducted by 100 sustainability experts. The panel was generally very optimistic, believing that robotics would positively impact most SDGs. In particular, they predict that robotics will strongly reduce poverty, encourage good health and well-being and support climate action. Happy days.

Unfortunately, the experts were worried that robotics would have a strongly negative impact on inequality and a mixed effect on peace. This should come as no surprise - automation-related job loss and military robots have been frequent topics of this newsletter. From our perspective, the biggest risks include -

Although these risks are substantial, developments are being made to address each of the issues and we agree with Nature's findings that robotics will have a net beneficial impact on sustainability.

How can robotics make the world more sustainable?

Slowly at first, then all at once. Robotics can bring sustainability through two means of change -

Let's look at each in turn.

Most companies fall into this category as they use robotics to improve their processes incrementally. Generally, when companies investigate automation, they are doing so to improve their profitability and the conditions for their people. As the three pillars of sustainability are interconnected, automation can also have impressive second-order benefits to the planet.

It should be no surprise that when many companies consider new investments and initiatives, their first and maybe only concern is profitability. There are many different ways automation can improve profitability including -

The biggest myth in robotics is that companies only implement automation to cut labour costs. In fact, the number one reason our clients consider automation is due to -

Although citing profit as a component of sustainability might feel like a copout, the realities of corporate decision-making are such that if profit isn't considered, it's unlikely that progress will be made on the other factors. As we will see, if implemented correctly, self-serving motivations can still bring social benefits.

Following Brexit, one of our clients steadily lost 30% of their contract packing labour force. This company, a well-known multi-national logistics company, projected that due to hiring concerns, they would not be able to meet their contracts, causing a reduction in revenue and a black mark against their name for letting down customers. Their most viable option was to implement a collaborative packing robot to work safely with their remaining workforce. This solution allowed them to meet their agreements, ensuring profitability and even increasing their throughput by 20%.

Its said so often its nearly a cliché -  automation is there to replace dull, dirty, dangerous and demeaning work. It's a cliché for a reason - it's true. Flexible automation systems are only starting to become feasible, leaving low-hanging fruit in repetitive, high-volume tasks. Whether it's packing boxes or removing widgets from a lathe, these jobs are incredibly unrewarding and becoming harder and harder to recruit. Covid-19 triggered a “Great Resignation” which made it difficult to find staff for “high-quality” work, let alone mind-numbingly unpleasant work.

Automation can fill this gap and improve the working environment while allowing employees to work on higher-value tasks. If implemented correctly, it can even increase the quality of the job market. A few weeks ago, we discussed an MIT paper that reviewed how an increase in robots can increase the number of jobs. The paper compared German and American production.

Germany has 30% more robots per 10,000 employees than the USA, but American employees are 400% more like to lose or leave their manufacturing job than their German counterparts.

To summarise their explanation -

We can see a symbiosis - improving the situation for people also enhances a company's profitability.

When individuals think of sustainability, they think of the environment and our impacts on the planet. Sadly for traditional companies, this is generally last on their list of considerations. Even if companies aren't looking for them, automation can have positive second-order effects on the planet - reducing errors results in less waste, a fully automated facility can remove systems needed for human comfort, including energy-intensive heaters but the most impactful effect is reshoring production.

COVID-19 caused all manner of supply chain issues. Factories in China shut and remained shut due to lockdowns, ships were blocked outside ports due to staff shortages and a global shortage of containers led to a [300% increase in price]. Many companies struggled to survive the delays, cost increases and the general uncertainty of procuring abroad. This created a powerful commercial incentive for companies to localise production. Thankfully reshoring has several additional benefits, including -

Companies that re-shore still have to contend with local labour shortages and automation can solve this challenge while unlocking its advantages.

Remix worked with a multi-generation family metalworking business based in the North of England. For 30 years, much of their production and assembly had been outsourced to China. COVID-19 encouraged their team to consider reshoring production, but labour shortages made the move unfeasible. Remix developed a semi-automated press system that allowed them to automate the assembly of components. This allowed them to save 3 FTEs while creating 15 new local jobs and saving 125 tonnes of CO2 a year. 125 tonnes may seem insignificant compared to the UK's total emissions (405.5 million tonnes) but the results compound if every small business

Again sustainability must be thought of as an interconnected system. Improving one aspect can improve other areas. Companies that are only interested in using automation to improve profitability can also enhance sustainability for people and the planet.

Most companies exploring robotics are doing so for traditional reasons. If they approach implementation correctly, they will bring about small improvements as described above. This is all well and good until when we consider the scale of the problem -

It's clear that a gradual improvement is not sufficient. We need a step-change. The most exciting robotics companies are aiming to do just that. Traditionally cleantech start-ups have struggled to gain traction with investors and find sustainable business models. This is changing as technologies mature and investors are starting to love hardware. Implementing new technologies has challenges across every metric but if their products and services are successful, they could lead to revolutionary improvements. Two examples we’d like to highlight -

The Small Robot Company uses artificial intelligence and robotics to develop sustainability-focused autonomous farms. Their smart, lightweight robots will help to cut down on waste by making farming more precise, efficient and profitable. As an example, these robots offer an alternative to chemical-intensive agriculture and cut herbicide application by 77% and fertilizer by 15%.  Remix Robotics supported the Small Robot Company in developing early proof of concepts for their intelligent farm robots, which perform the tasks of planting, treating, monitoring and weeding.

Posh Robotics has automated the process of recycling electric vehicle batteries. No matter the shape or size, they will disassemble all battery packs using an automated process that keeps operators from exposure to safety hazards. Using this process, Posh Robotics have retired 200 GWh of electric vehicle battery packs resulting in a saving of 1 billion tonnes of Co2. Remix Robotics is working on a similar challenge at the moment. We’re an automated system for dissaembling and triaging batteries for reuse.

We have compiled a list of 67 companies tackling the biggest problems in sustainability with robotics and automation. These include -

To explore how these companies are bringing value, follow this link to access our database of sustainable robotics companies.

We noticed a few interesting trends from this list. Certain SGDs have gained a lot more interest for robotics founders than others -

This could be due to robotics being a bad fit to solve the challenge, a lack of a clear business model or limited interest from investors. It could also be a matter of time as half of the companies were founded in 2016 or later. Excluding the outliers (Tesla and Arrival), only a few billion total had been raised by these 67 companies. This is paltry if you consider in 2021 alone VCs invested $143.9 Billion into start-ups generally and $6.3 Billion into robotics start-ups. There is still a lot of space to grow and we hope the database provides inspiration for investors and founders alike.

Columbia Engineers make white paint whiter—and cooler—by removing white pigment and invent a polymer coating, with nano-to-microscale air voids, that acts as a spontaneous air cooler and can be fabricated, dyed, and applied like paint.