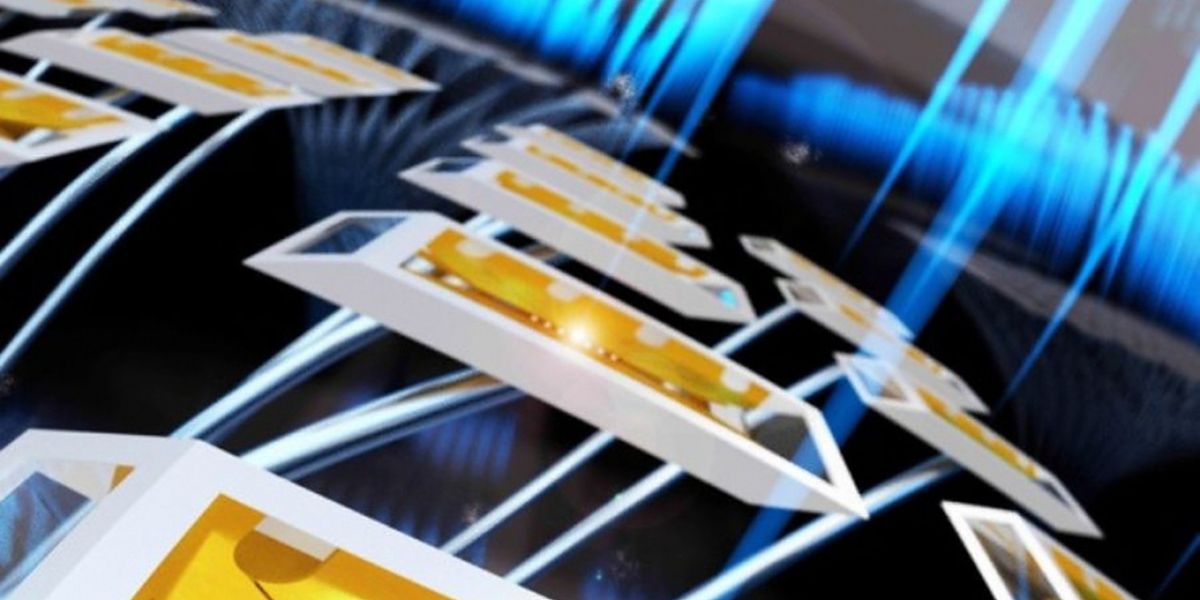 Researchers at Duke University and the University of Maryland have used the frequency of measurements on a quantum computer to get a glimpse into the quantum phenomena of phase changes – something analogous to water turning to steam.

By measuring the number of operations that can be implemented on a quantum computing system without triggering the collapse of its quantum state, the researchers gained insight into how other systems — both natural and computational — meet their tipping points between phases. The results also provide guidance for computer scientists working to implement quantum error correction that will eventually enable quantum computers to achieve their full potential.

The results appeared online June 3 in the journal Nature Physics.

When heating water to a boil, the movement of molecules evolves as the temperature changes until it hits a critical point when it starts to turn to steam. In a similar fashion, a quantum computing system can be increasingly manipulated in discrete time steps until its quantum state collapses into a single solution.

“There are deep connections between phases of matter and quantum theory, which is what’s so fascinating about it,” said Crystal Noel, assistant professor of electrical and computer engineering and physics at Duke. “The quantum computing system is behaving in the same way as quantum systems found in nature — like liquid changing to steam — even though it’s digital.”

The power of quantum computers lies within their qubits’ ability to be some combination of both a 1 and 0 at the same time, with an exponential growth of system complexity as more qubits are added. This allows them to tackle a problem with massive parallelism, like trying to fit a puzzle’s pieces together all at once rather than one at a time. The qubits, however, have to be able to maintain their quantum indecisiveness until a solution is reached.

One of the many challenges this presents is in error correction. Some of the qubits will inevitably lose a piece of information, and the system must be able to discover and fix these mistakes. But because quantum systems lose their “quantumness” when measured, keeping an eye out for errors is a tricky task. Even with extra qubits keeping an eye on things, the more a quantum algorithm is probed for errors, the more likely it is to fail.

In the new paper, Noel and her colleagues probe that transition threshold and the system’s state on either side.

Working closely with Christopher Monroe, the Gilhuly Family Presidential Distinguished Professor of Engineering and Physics at Duke, Marko Cetina, assistant professor of physics at Duke, and Michael Gullans and Alexey Gorshkov at the University of Maryland and the National Institute of Standards and Technology, the group co-designed software to run random quantum circuits tailored to their quantum system’s abilities. The experiment was run on one of the Duke Quantum Center’s ion trap quantum computers—one of the most powerful quantum computing systems in the world.

“The number of qubits in the system, the fidelity of its operations and the level of system automation combined together at the same time is unique to this quantum computer system,” Noel said. “Other systems have been able to achieve each individually, but never all three at the same time in an academic system. That’s what allowed us to run these experiments.”

By averaging over many random circuits, the team was able to see how the frequency of measurement affected the qubits. As predicted, a critical point emerged at which the system inevitably lost its coherence and quantum information, and by looking at how the system behaved on either side of that phase transition, researchers will be able to build better approaches to error-correction codes in the future.

The data also provides a unique look into how other phase changes occur in nature that researchers have never been able to see before.

“This demonstration is a perfect example of what we do uniquely at the Duke Quantum Center,” Monroe said. “While our quantum computers are made of atoms that are under exquisite control with electromagnetic traps, lasers and optics, we can deploy these systems to do something altogether different, in this case probing the underlying quantum nature of phase transitions. This same quantum computer can also be applied to solving vexing models in fields ranging from chemical reactions, DNA sequencing, and astrophysics. This requires expertise not just in atomic physics, but in systems engineering, computer science and whatever field defines the application to be run.”

Innovative Textile Vents to Release Heat When You Sweat

Qubits are the processing units of quantum computers. They can be created in various different ways. One option is the creation of solid-state spin qubits in materials such as diamonds, in which qubits get stuck in defects that are specifically inserted into the structure of diamond crystals.