In the early days of 3D printing, the technology’s primary use was low-cost rapid prototyping. As the technology—in all its forms—has evolved, prototyping has remained an important application area, but new opportunities have also arisen thanks to 3D printing's unprecedented freedom of design and production agility. In the aerospace industry, for instance, manufacturers were quick to see the potential benefits of additive manufacturing. Previous design constraints could be overcome, and new, more efficient and higher-performing products could be realized.

It is no surprise then that the aerospace sector was an early adopter of 3D printing and has played an incredibly important role in the evolution and industrialization of the technology. By the same token, 3D printing has played an increasingly important role in aerospace, transforming workflows and enabling truly innovative products, from aircraft components to satellites and rocket engines. Let's look at some of the most influential aerospace applications for 3D printing.

There are countless ways 3D printing is used in aircraft production, from prototyping to tooling to production. For the sake of concision, we want to highlight some of the most interesting production applications in this category.

In the aerospace industry, weight reduction is a key objective because it influences fuel efficiency. Manufacturers can leverage additive manufacturing’s design freedom to create previously impossible-to-manufacture parts. By integrating complex geometries, such as internal channels or lattices, into aircraft parts, OEMs can optimize performance while reducing weight.

Many aircraft interior OEMs are using the technology to produce more lightweight cabin parts, such as air ducts, wall panels, paneling, and more. In addition to more efficient designs, OEMs have started using advanced 3D printing materials, such as ULTEM 9085 resin, that are more lightweight and stronger than conventionally manufactured materials. Airbus reportedly uses this material to produce thousands of aircraft components.

Design for additive manufacturing (DfAM) has also made part consolidation possible. In other words, assemblies or parts that were previously made from multiple different pieces can be designed and produced as a single piece. This has two big benefits. First, printing a single part with optimized structure minimizes the amount of joining materials, which cuts back on weight. Second, printing the entire part eliminates the labor associated with assembling disparate components (and sourcing them from different vendors), which also has an impact on cost.

For example, in 2012, GE Aviation and Morris Technologies conducted a case study wherein they consolidated a jet engine fuel nozzle from 20 parts down to one. In doing so, they achieved a 25% reduction in weight and significantly reduced assembly times. GE Aviation has also notably integrated 3D printed jet engine fuel nozzles into its GE9X, the largest and most powerful jet engine, and has improved fuel efficiency by 10% compared to the previous model.

Though barely perceptible from here on Earth, satellites are an important part of our lives, facilitating communications, broadcasting, global positioning, internet, and much more. In recent years, 3D printing has become increasingly interesting to satellite manufacturers, who are using the technology to accelerate development cycles with rapid prototyping, customize components, produce more lightweight parts that can withstand the extreme conditions of space, and ultimately reduce costs.

Airbus Defence and Space demonstrated how 3D printing could benefit satellite production when they discovered that titanium 3D printed retaining brackets solved problems they faced with non-printed brackets. Specifically, the original brackets had a weakness due to thermal stress at their connecting point. The newly redesigned titanium brackets solved this, improving the temperature resistance of the entire structure while also reducing the bracket weight by 300g and the production costs by 20%. 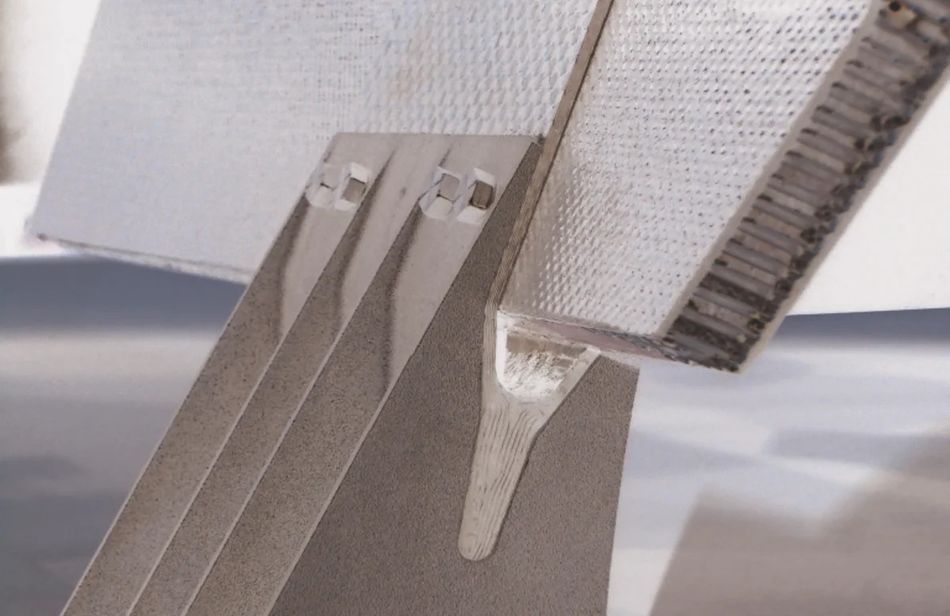 Elsewhere, 3D printing is allowing for greater customization and accelerated production schedules. Boeing is currently employing 3D printing to speed up the timeline on the WGS-11+ satellite for military communications. By eliminating the need for tooling with 3D printing, Boeing is able to produce custom parts for the satellite without increasing production times and costs.

In some cases, 3D printing is even being using to produce satellite sensors. At MIT, for instance, researchers successfully 3D printed plasma sensors for satellites to be used for detecting the chemical composition of the atmosphere. The printed sensors, made from a glass-ceramic material, performed as well as their clean-room sensor counterparts and were much faster and cheaper to make, making them ideal for integration into low-cost CubeSats.

3D printing has not only been important to aerospace companies, but it has also been an essential part of the recent emergence of newer space companies such as SpaceX, Relativity Space, Launcher, Orbex, and others. Advanced manufacturing processes have enabled them to produce low-volume, high-performance components for space launch vehicles, including rockets, at a relatively low cost and rapid pace. Complex aerospace systems that would otherwise take many years to develop and bring into production can be more rapidly iterated, tested, and validated thanks to 3D printing.

Founded in 2015, Relativity Space has positioned 3D printing as central to its existence. The company developed its own 3D printing platform, Stargate, which holds the title of world’s largest metal 3D printer. The 3D printer is used to produce a fully 3D printed rocket, the Terran 1. By 3D printing the rocket components themselves, the company has streamlined its supply chain and consolidated the rocket dramatically. The Terran 1 has over 100 fewer parts than conventional rockets and can be made in under 60 days (compared to 18 months+).

Launch vehicle startup Launcher has also been developing a 3D printed liquid rocket engine, the E-2, which integrates a 3D printed combustion chamber made from a copper alloy, as well as a 3D printed fuel injector. The engine has undergone successful testing and could help usher in a new era of low-cost commercial launch services.

Even famous spacecraft engineering company SpaceX utilizes 3D printing. In fact, the company was the first to use 3D printing for flight-ready hardware in 2014, when it integrated a 3D printed flight-critical assembly on its Falcon 9 rocket. Aerojet Rocketdyne has also relied on 3D printing for years in the development of cutting-edge propulsion systems that are lighter and more cost-effective than conventionally manufactured parts. The list goes on. Ultimately, the ability to produce more lightweight rockets increases the fuel efficiency of launch vehicles and decreases costs for sending payloads—such as satellites—into orbit.

Finally, we’d like to highlight another area of aerospace 3D printing that is really pushing boundaries: 3D printing in space. For nearly a decade, 3D printing has been in-use aboard the International Space Station (ISS) as part of NASA’s In-space manufacturing (ISM) project. The aim of the project is to evaluate the performance and functionality of several 3D printing systems in the zero-gravity environment of the space station so that astronauts aboard the ISS can make spare parts and tools on-demand.

The first 3D printer, an extrusion-system developed by Made In Space, was sent to the ISS in 2014 for testing. Ultimately, many of the 3D printed tools demonstrated similar properties to those made on Earth, suggesting the viability of printing in zero-gravity. Subsequent 3D printing systems, such as the Additive Manufacturing Facility (AMF), have been deployed in space since.

The benefits of being able to print in space are huge. Scientists on the ground could send digital 3D models at the request of the astronauts, which the 3D printer could then create. This would mean that there would be less reliance on stocking a full inventory of spare parts or tools. Instead, raw materials for the printer could be sent to space, saving on weight and costs. Astronauts could potentially even recycle used 3D printed parts to create a circular economy aboard the ISS. 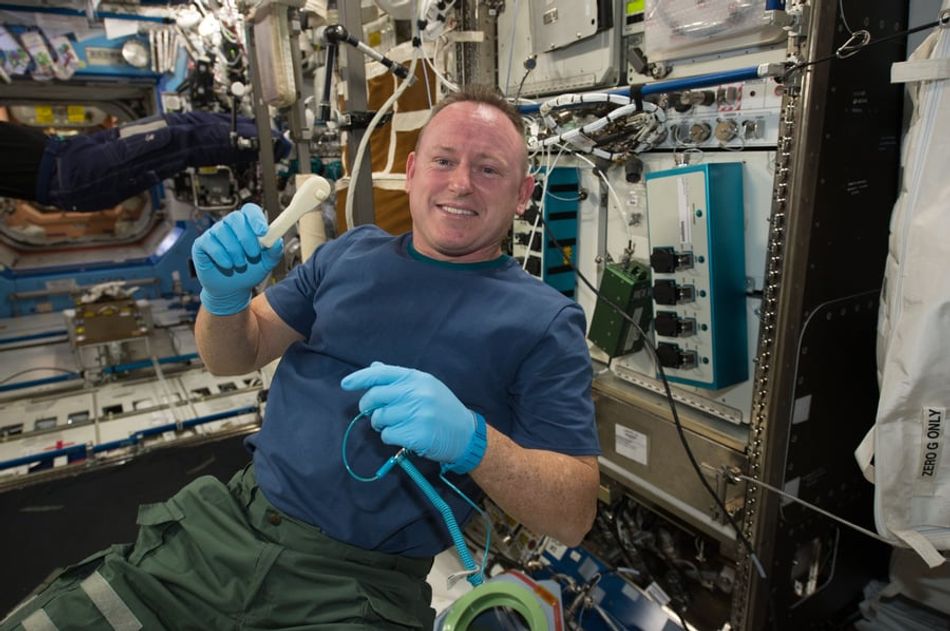 A tool 3D printed on the ISS. Image credit: NASA

Out of this World Opportunities

3D printing is transforming many industries, but perhaps none more than aerospace. As we saw, the manufacturing technology benefits commercial aviation, satellite manufacturers, spacecraft and launch vehicle developers, and even astronauts on long-haul missions. And we’re just at the beginning of this fruitful cooperation. There is much, much more to come.

What's the Role of Product Design

3D Print Stuck to Bed: What to do?

What's the Role of Product Design