One major challenge: the increased use of solar and wind energy. (Image: Adobestock)

On the road to a sustainable energy system, technologies for the flexible conversion and efficient storage of energy are becoming increasingly important. To investigate these pressing issues in a realistic way, ETH Zurich, Empa and the Paul Scherrer Institute have been developing ReMaP, a new type of research platform, since 2019. Their initial findings are now available.

Switzerland’s current energy system is based on imported fossil fuels – gas, petrol and crude oil – but also on a relatively small number of large nuclear and hydroelectric power plants. The electricity these power plants generate reaches consumers via the transmission and distribution grid. Storage lakes, pumped storage and electricity trading with other countries compensate for demand fluctuations, for example between day and night. This system is likely to change fundamentally in the coming decades. The Energy Act, which came into force in 2018, provides for Switzerland to gradually abandon nuclear energy and make greater use of renewable energy sources. It also calls for buildings, industry and mobility to become more energy-efficient and for net CO2 emissions to fall to zero in 2050. All this could drive demand for electricity even higher, for example through increased use of electric vehicles or heat pumps.

One challenge is to supplant the share of nuclear energy in the Swiss electricity mix (currently around 35 percent) with renewable energy. Photovoltaics will play a major role, while wind power will play a comparatively smaller role. Both are volatile energy sources because they produce different amounts of power seasonally and depending on the weather. To balance production and demand, technologies are needed that can convert energy into different forms, store it efficiently and then make it available again in the required form. This would allow surplus solar energy in summer to meet increased demand in winter. Flexible conversion and storage technologies, together with digital solutions, would pave the way for more of what is known as sector coupling. For example, hydrogen could then be produced with cheap electricity from photovoltaic systems and used to refuel trucks. The power grid of the future will be more decentralised, flexible and connected. 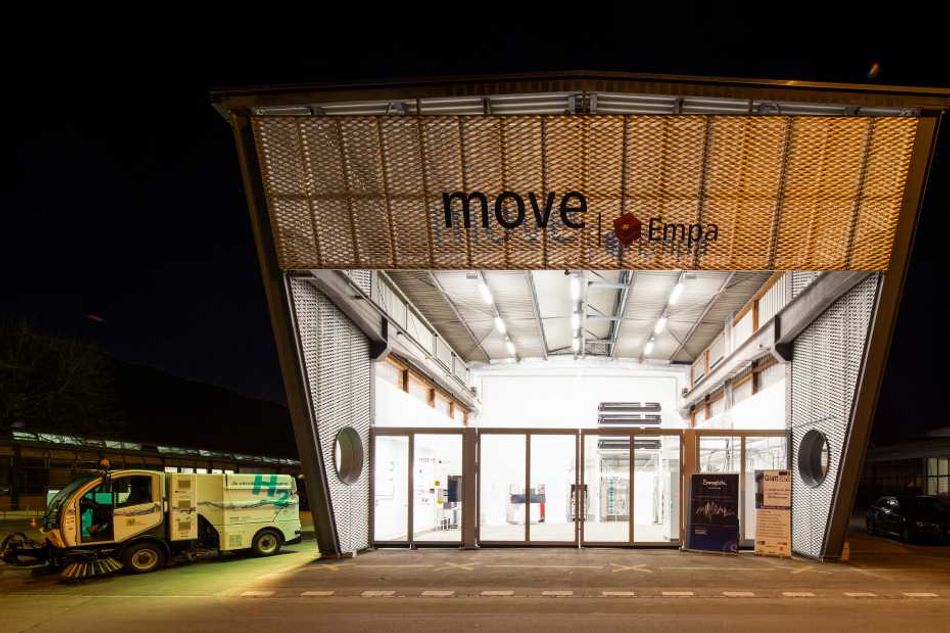 An ecosystem for energy research

The same must apply to the research on which that grid is built. “Anyone who researches a single technology in isolation can draw only limited conclusions,” says John Lygeros, Professor in the Automatic Control Laboratory at ETH Zurich. “There needs to be a connected ecosystem at the research stage to test all kinds of technologies in interaction with each other.” Lygeros is leading one of the ten research projects under the umbrella of ReMaP (Renewable Management and Real-Time Control Platform), which is partially funded by the Swiss Federal Office of Energy and was presented to the public in June 2019 by ETH Zurich, Empa and the Paul Scherrer Institute (PSI).

These institutions boast a wide range of research infrastructure, which the ReMaP project seeks to connect and expand. At present, this infrastructure comprises PSI’s ESI platform and Empa’s ehub platform. While ESI offers, among other things, various technologies for converting electricity into gases, ehub offers the opportunity to study energy flows in the residential, work and mobility sectors. It uses two demonstrators: NEST, a vibrant “vertical neighbourhood” for sustainable construction; and move, a filling station for fuels made from renewable energy.

At the core of ReMaP lie the control framework and the simulation framework. These enable users to design experiments that establish real-time connections between any number of physical devices in different locations as well as digital models of devices and then investigate their interactions. Data from the experiments is stored in a central database. Two industrial partners are also involved in developing the necessary software: the company smart grid solutions and the ETH spin-off Adaptricity. Andreas Haselbacher, a lecturer at the Department of Mechanical and Process Engineering at ETH Zurich and a leader of the ReMaP project, says: “At present, there’s no comparable research platform anywhere in the world that lets us understand both the hardware and software for a range of energy systems at the neighbourhood level.” 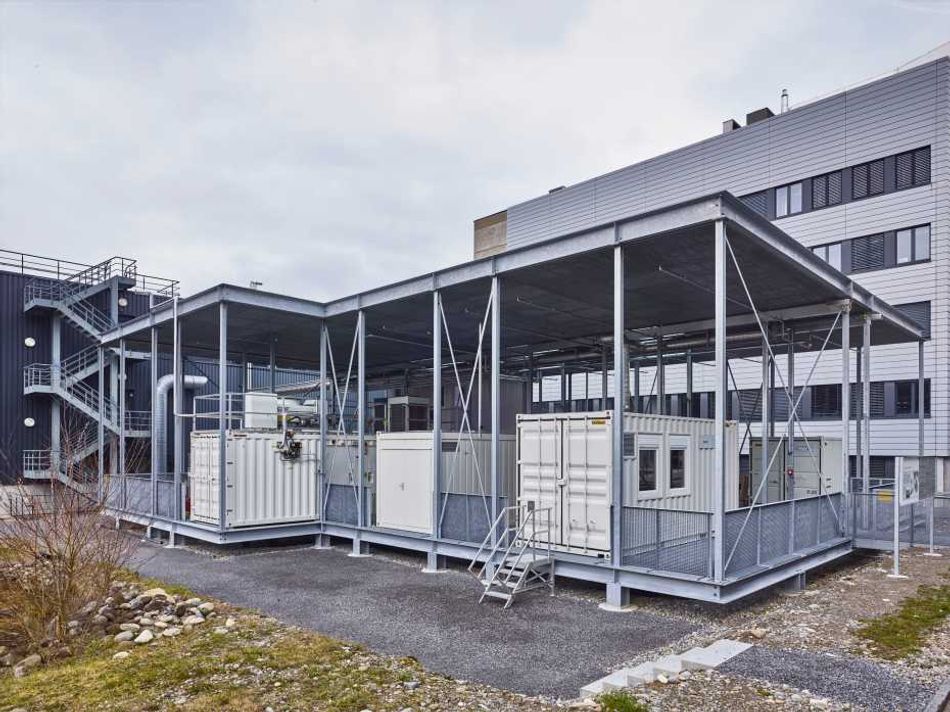 Flexibility as the main objective

For example, Lygeros and his doctoral student Marta Fochesato, both based at ETH, can use both an electrolyser at PSI and a hydrogen filling station at Empa.  In the electrolyser, electricity splits water into hydrogen and oxygen. The two scientists want to optimise the storage of energy in the form of hydrogen. Among other things, they are investigating how to meet a given demand for hydrogen as cost-effectively as possible. Based on the electrolyser’s efficiency, thermal dynamics and control behaviour, they developed an ideal digital controller: an algorithm that decides minute by minute on the basis of the current electricity price at what the output it should run the electrolyser. Whenever electricity is expensive, hydrogen is produced only if there is an acute need – for example, when a car needs to fill up with hydrogen. When electricity is cheap, the unit produces hydrogen for later use. This keeps the overall electricity costs lower than if the electrolyser sprang into action only to meet demand at any given time. The decisive factor in the experiment is to make the flexible conversion and storage of energy as efficient as possible – which would go a long way towards overcoming the as yet unsolved problem of how to store solar or wind energy across seasons in an economical way. “Integrating infrastructure from different institutions into the same experiment is challenging. ReMaP is unique in its ability to enable collaboration on the scale we see here between ETH, Empa and PSI,” Lygeros says.

Another ReMaP project focuses on combined heat and power plants. These often consist of a combustion engine and a generator that produces electricity. Whenever they generate a surplus, this can be fed back into the system. Their waste heat from combustion is also put to use, for example to heat buildings. This heat can be made available at up to 750 °C, but the temperature used to heat a building is around 80 °C. This results in a considerable loss of potential, as higher temperatures can be used more flexibly and effectively. Konstantinos Boulouchos and Christian Schürch, from the Aerothermochemistry and Combustion Systems Laboratory at ETH Zurich, are pursuing the approach of using part of the waste heat not for heating, but to drive a chemical reaction in a steam reformer and produce what is known as syngas – a mixture of hydrogen, methane and carbon dioxide. Although this reduces the cogeneration unit’s heat output, it lets the power plant generate a higher-quality and more flexible form of energy: the syngas produced can serve as seasonal thermal energy storage. The two researchers are now looking to determine the best operating concept for such power plants. The combined heat and power plant they are using for their experiment is located in the ML building on the ETH Zentrum campus, but is connected to the Empa network – and all data is processed there. 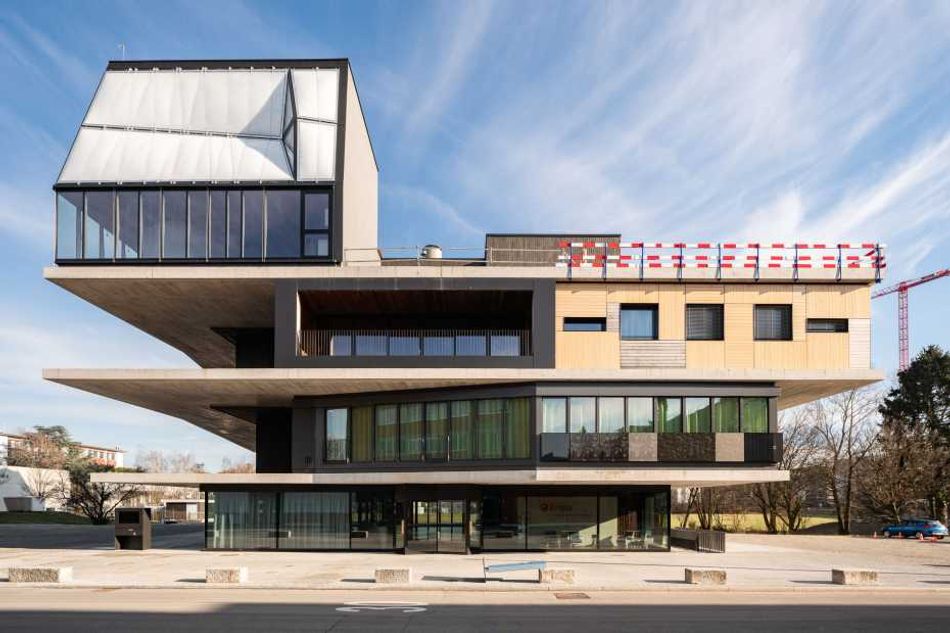 ReMaP is still in the process of being set up. These experiments show that there is nothing to prevent other physical systems, such as biogas plants or hydroelectric power plants, from being integrated into the platform even if they are not located at any of the three sites. Project leader Haselbacher looks to the future: “We’re very keen to involve further partners, be they universities, colleges or players from industry.” ReMaP’s stated aim is not only research and development, but also education and communication: the platform is intended to help train the next generation of researchers and specialists, while at the same time offering insights into the energy system of the future to society at large and to decision-makers in politics and business. Detlef Günther, Vice-President for Research at ETH Zurich, is pleased: “To make faster progress in research and ultimately make a success of the energy turnaround, we need to work in a connected and interdisciplinary way and involve industry as well as politics and the public. ReMaP is a good example of how the ETH Domain is moving forward on these issues.”

About the “ReMaP: Current status and outlook” event

An information event will communicate the current status of the development of ReMaP and of four of its research projects. Researchers from the participating institutions as well as a speaker from industry will provide insights into the energy system of the future. The event will be held online.

More information about the event and how to register is available at: https://remap.ch/news.