Stuck directly to the subject's skin with tape, this prototype cortisol monitor could track stress and disease.

The benefit to health monitoring delivered by accessible and comfortable wearables, such as smartwatches capable of tracking pulse and blood pressure, is hard to overstate — and future devices could delve considerably deeper into your well-being, thanks to researchers at the University of California at Los Angeles and Colombia University.

Proven in prototype, a smartwatch-style sensor system based on a field-effect transistor array can monitor your stress levels via cortisol found in sweat — and could one day, its creators hope, be extended to data-gathering for monitoring and analysis of a wide-ranging health conditions.

At present, though, most wearable monitoring systems are relatively limited — in particular thanks to issues with easily detecting low-concentration biomarkers like hormones. To broaden their potential, the team set about developing a sensor system capable of picking up the “stress hormone” cortisol — a low-concentration biomarker linked to conditions including major depressive disorder, anxiety, post-traumatic stress, Cushing’s disease, and Addinson’s disease, and correlated with neurobehavioral development and performance outcomes. 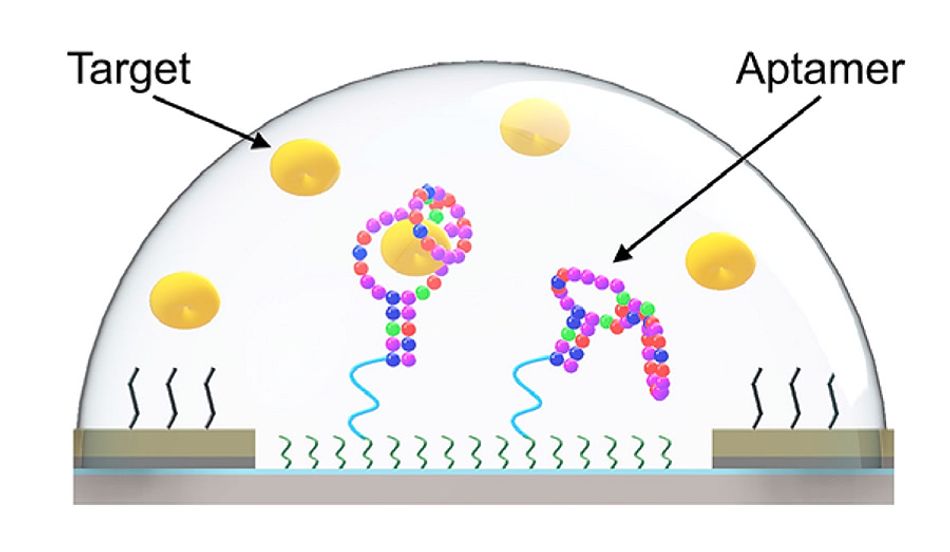 The sensor system developed by the team is based on an In2O3 field-effect transistor (FET) array constructed on flexible polyimide, which uses a previously-unknown DNA aptamer sequence as a bio-recognition element for cortisol. Differing levels of cortisol in biological samples — saliva or sweat, gathered non-invasively — alter the electronic response of the array, without the need for labeling nor the addition of reagents and with a response time measured in seconds.

“Aptamer-FET sensors […] can be straightforwardly adapted in wearable and mobile formats for additional physiological biomarkers,” the team claims, “including targets at low concentrations in sweat (or other body fluids) for which there are currently no available portable measurement technologies to advance personalized precision medicine.”

Being able to detect cortisol in-the-lab is one thing, but the researchers were aiming bigger: A non-invasive, wearable sensing platform for health monitoring. Previous work had suggested that flexible In2O3 FETs can survive repeated bending and crumpling cycles — making them ideal for wearable projects.

To prove the concept, the team set about building a smartwatch-style device. Housed in a 3D-printed casing, and adhered directly to the skin without the use of a strap, the prototype combines a microfluidic module and cortisol sensor, a temperature sensor, battery, liquid-crystal display, and a microcontroller with Bluetooth wireless connectivity to a companion smartphone app.

A prototype "smartwatch" built around the sensor proved capable of tracking a subject's cortisol levels in real time.

The sensors were tested in two ways: An artificial proof-of-concept test which saw subjects participating in the gold-standard Trier Social Stress Test to raise then lower their cortisol levels; and timed monitoring via the smartwatch platform. Both proved successful, and with a very high sensitivity.

The process is also generalizable, the researchers claim. “This FET sensing system enables adaptation to a wide range of target molecules using target-specific aptamers or other receptors,” they write, revealing ongoing tests for adding additional stress biomarkers including epinephrine and norepinephrine to the system — and even having it detect antibodies.

There’s work to be done yet, though. The wearable version of the device samples the user’s sweat, which requires them to sweat in the first place. During testing, a commercial device designed to promote sweat for collection was used; in the field, this would need to be replaced with an iontophoresis interface within the smartwatch itself, allowing the device to induce minor sweating for sample-gathering purposes. 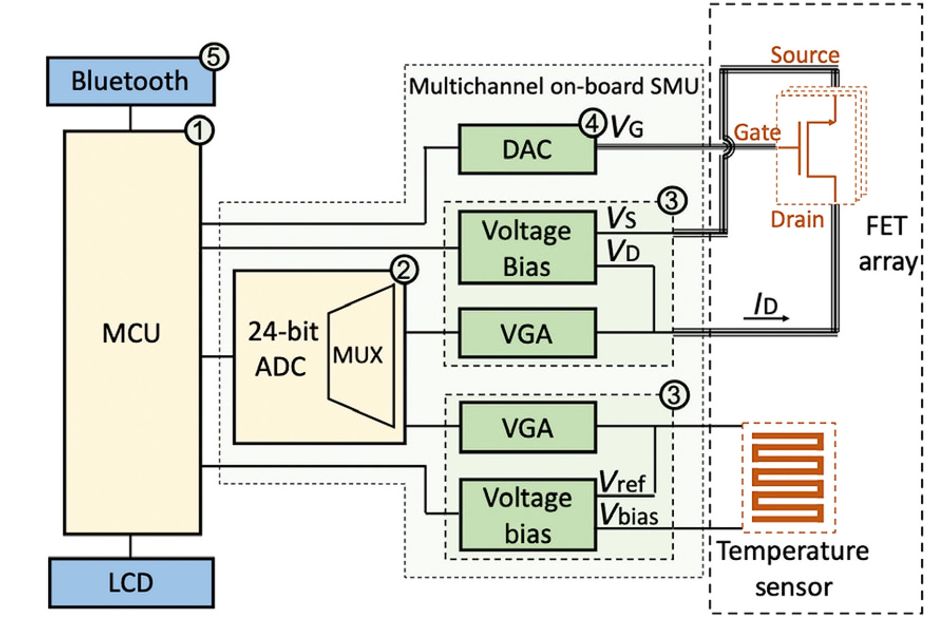 The smartwatch is based around low-cost commercial parts, including a Bluetooth-enabled microcontroller and a small LCD panel.

“Through convergent efforts,” the team concludes,“non-invasive monitoring modalities will be established that can be leveraged to improve the productivity and health of individuals and society.”

The work has been published in the journal Science Advances under open-access terms.

Getting hands-on with Xsens DOT

Getting hands-on with wearable sensors at Shanghai Jiao Tong University