By examining how fruit flies use eye movements to enhance flight control with a staggeringly fast reaction speed — about 30 times faster than the blink of an eye — Penn State researchers have detailed a framework to mimic this ability in robotics.

The researchers described the motions of fruit flies tethered in a virtual reality flight simulator constructed with LED lights and recorded using high speed cameras, in a paper published today (Aug. 31) in the Proceedings of the National Academy of Sciences.

“If you are able to study flies doing what they do best — flying — you can find some incredible engineering solutions that already exist in biology,” said Benjamin Cellini, a doctoral student studying mechanical engineering and the first author of the paper.

Cellini and his adviser, Jean-Michel Mongeau, assistant professor of mechanical engineering and the director of the Bio-Motion Systems Lab, were able to determine how fruit flies use eye movements to quickly coordinate their wings in response to what they were seeing. Since fly eyes are fixed to the head, the researchers tracked head movements to infer where the flies were looking.

Stabilizing gaze is an ordinary phenomenon that most living things can do. For instance, we seamlessly move our eyes, head and/or body to scan a room.

“But that is a challenging, complex problem to understand, how are we and other animals able to do that so well?” Mongeau said. “My lab is interested in active sensing, which is a branch of engineering and biology that studies how sensor movement, like eyes scanning a room, can enhance sensing itself.”

While much of the previous research in this area has focused on wing movements, understanding how animals like flies use active eye movements to control flight could greatly enhance robotics. Currently, most robots have stationary sensors, keeping sensing and movement decoupled. However, by better emulating the eyes and brain through the coordination of visual sensors capable of moving on the body, the flight control of robots could be vastly improved.

In support of this theory, the researchers determined the eyes of the fruit fly were able to react four times faster than the body or wings of the animal. These reactions were also tightly coupled, demonstrating that flies rely heavily upon eye movements to coordinate their wing movements.

“We’ve shown that their eyes can control and stabilize their vision better than we originally thought, by reducing motion blur,” Cellini said. “Like in sports, they teach baseball players to follow the ball with their eyes to reduce blur and increase batting performance.”

In addition, they found that when the flies had glue carefully applied to their heads and then recorded in the virtual reality flight simulator, the restriction of their head movements had a dramatic impact on flight performance. 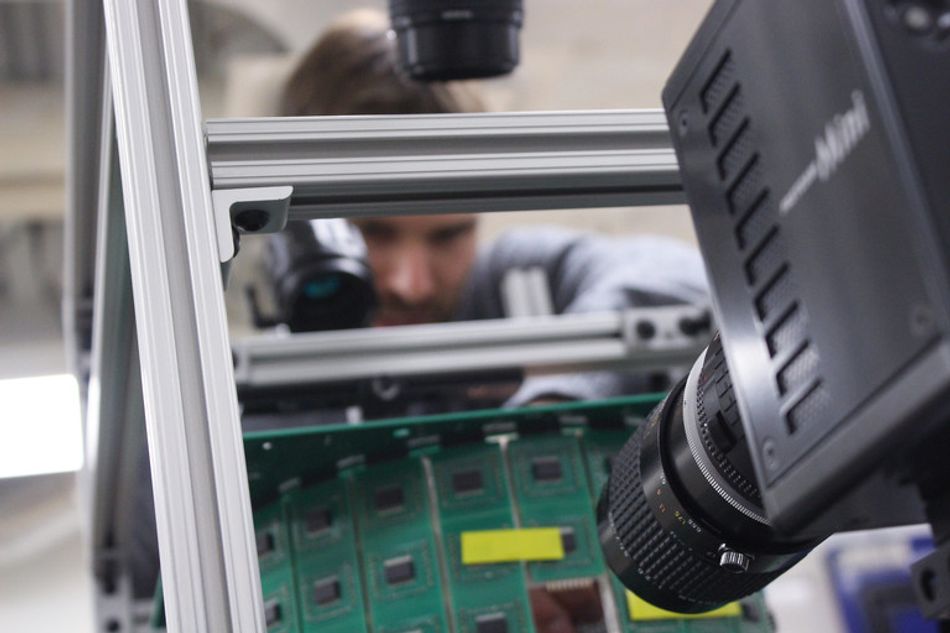 “An important principle we discovered here was that fly eyes slow down visual motion that go into the brain and this process enhances their flying behavior,” Mongeau said.

Demonstrated in this work, the researchers believe unlocking the secrets of the biological world could have broad implications for technology.

“In engineering, you are taught to apply principles from mathematics and physics to solve problems,” Cellini said. “If you want to build a robot to fly on Mars, you can use engineering concepts to provide potential solutions. But we don’t always have to develop ideas from scratch; we can also seek inspiration from nature.”

Science communicator based in State College, PA with experience in producing engaging videography, photography, social media strategy, audio storytelling and digital media. In addition, I am currently earning a master's degree in strategic communications to further expand the scope and impact of my...

Virtual Reality Is At Our Doorstep!

Virtual reality (VR) is no longer the sci-fi dream promised to many for decades, but never quite delivered. In fact, 2016 could even be the year of VR. CNN Money, among others, named it one of its only two biggest tech trends this year