During a harvesting day, there are both high and relatively low workloads - an assistance system should now help with the compensation (Photo: Claas KGaA mbH)

Grain - for the production of food and animal feed - is the main source of income in agriculture alongside meat and vegetables. The most important type of grain in German arable farming is wheat with a cultivated area of around 3.1 million hectares in 2019. Despite the most modern machines, there are phases of harvesting, on the one hand, very high and, on the other hand, relatively low workload. Researchers at the Karlsruhe Institute of Technology (KIT) are now developing an automated assistance system that - based on the current level of stress - issues recommendations for action to help with balance and thus increase overall well-being.

When harvesting, a combine combines several work steps: it takes up the grain via the cutting unit and transports it to the threshing unit, where it is threshed. The threshing material is then cleaned and gets into the grain tank, from where it is removed. Intelligent and networked systems are already shaping everyday farming: Almost 82 percent of German farmers use digital technologies. "Agricultural harvesting machines with a high degree of automation can already carry out many work steps independently with GPS steering systems, sensors or farm and management systems," says Patrick Lehr from the Mobile Work Machines (Mobima) part of the KIT Institute of Vehicle Systems Technology (FAST). 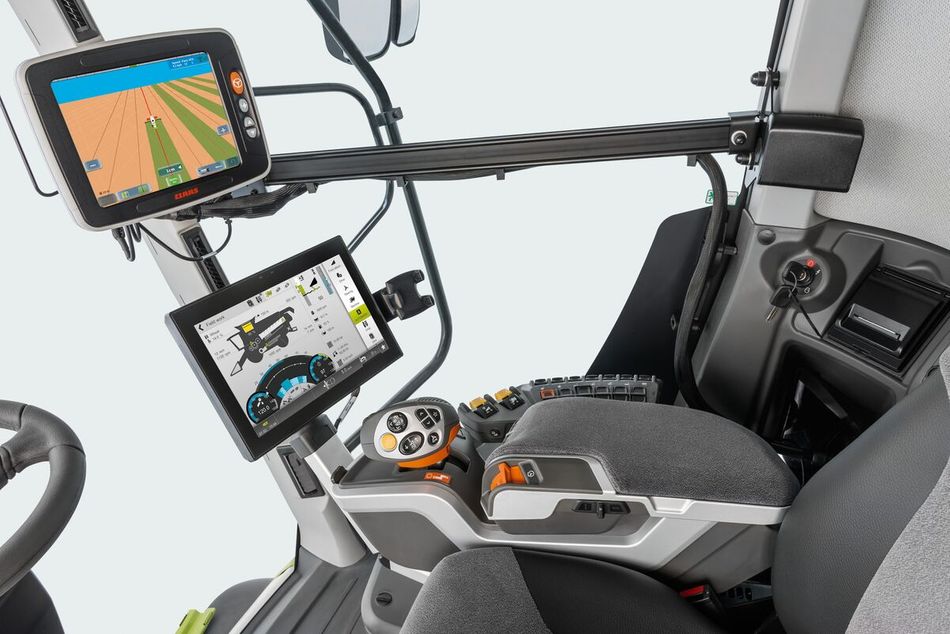 Spread over the harvest day - which is often at least ten hours long - there are both periods with high and comparatively low workload: "Various studies have shown that it is most comfortable for people to move in a medium level of stress", explains teaching. This is where the scientists from Mobima and the Institute for Industrial Science and Business Organization (ifab) come in and develop an assistance system that recommends drivers to work on tasks depending on the current level of stress. "Useful additional tasks for phases of low stress come from accounting, personnel or material management and private tasks. Otherwise these could only be done after the field work, ”explains Lehr. “On the other hand, the highest level of attention is required when it comes to threshing - that is, when the driver starts working in a new field. It is then important to hide all irrelevant information ”. In this way, the system counteracts under and overtaxing and maintains constant attention.

The new driver's cab consists of several subsystems. The main thing is to recognize how much the driver is currently stressed. In studies, the researchers at ifab investigate the state of stress using eye tracking. A fitness wristband that uses light signals to determine the pulse and thus measure the stress level is also conceivable. "With this input, we can then draw up recommendations for action," explains Lehr. In the future, these should then be projected into the driver's field of vision via an interface based on augmented reality (AR) in order not to overload the cabin with operating elements.

The human-machine interface, which is adaptable to the stress level, has ecological, economic and social advantages, according to Lehr. Thanks to the digital networking of the driver's cab, useful information such as weather forecasts or data on soil loads are integrated for the harvest. "Last but not least, the new technical system can also make the workplace and the job profile as a whole more attractive," explains Lehr.

Now that the Mobima working group has collected all the requirements and used them to create concepts for the individual subsystems, they are now developing specific technical solutions that record the driver's condition and enable interactions. To do this, they test the system in a demonstrator. In a separate experiment to assess the condition, they measure the occupancy limit of test subjects by doing a main task in the field, such as threshing, and optionally a secondary task in management. In order to be able to directly incorporate the wishes and needs of the farmers here, the team asked farm managers, travelers and agricultural service providers in advance. "The majority could imagine in the future the time when the combine would work automatically,

The investigations of the KIT scientists are part of the joint project "Driver's cab 4.0: Development of a load-adaptive user interface for agricultural machinery operators". The Federal Ministry of Education and Research is funding the project with a total of three million euros - of which KIT will receive around 1.4 million euros. Other project participants include the University of Hohenheim, the startup R3DT, the company InMach, the company Budde Industrie Design and the European market leader in harvesting machinery CLAAS.

Wearable system to sense and stimulate the brain

A team of researchers is starting a project to design and implement a high-resolution, noninvasive neural interface that can be used as a wearable device.