ETH Professor Kristina Shea and her team are busy developing a new ventilator. Their aim is to make it as inexpensive, modular and easy to use as possible – the ideal combination for any country that needs this medical device.

Kristina Shea, Professor of Engineering Design and Computing, originally intended to begin her sabbatical abroad in early March. But then the coronavirus struck – and the ETH professor had to return to Zurich. She certainly hasn’t been short of things to do, however. No sooner had she adapted to working from home that she received a message from a Swiss hospital asking if she could develop a low-cost ventilator. Shea immediately said yes.

Working in collaboration with Marianne Schmid Daners, Melanie Zeilinger and Swiss product designer Martin Meier, she has spent the past few weeks developing an inexpensive ventilator called breathe. The team has made rapid progress despite the lockdown. They completed their second prototype a week ago and carried out technical testing – considerably faster than might have been expected based on current circumstances: “It can be tricky not being able to meet face-to-face and having to do most of the work at home,” Shea says. She has also found it difficult not being able to touch things: “As an engineer, I’m used to picking things up to get a good feel for them!”

In search of a simple, compact and modular solution 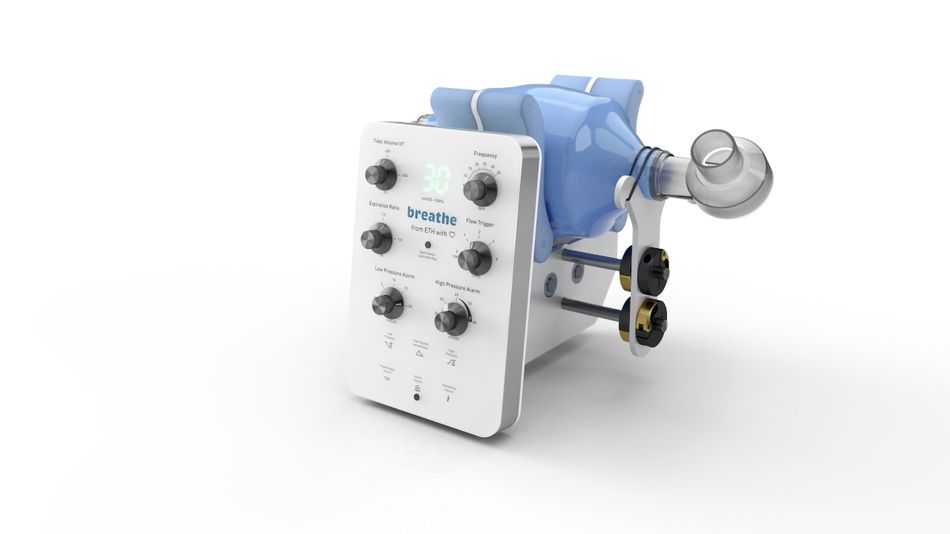 At the core of the new ventilator is an “Ambu bag”, a squeezable bag used to help a patient breathe in emergency care. This is mounted in a motor housing. The motor powers two paddles situated on either side of the bag. The paddles squeeze the bag in a preset rhythm to push air into the lungs.

Their new device makes do with nothing more than a simple control panel with a few control knobs and a digital display. The design is simple enough so that healthcare workers should be able to learn how to use the machine within half an hour.

A tube can be used to connect the Ambu bag to either the patient or a mask. “Our ventilator is intended for emergency situations where no other options are available. It’s not a replacement for the kind of sophisticated ventilators used in intensive care units,” Shea says.

The primary goal of the new ventilator is to provide an alternative for countries and health systems that cannot afford more expensive machines or can not currently buy them due to worldwide ventilator shortage. The developers hope to keep the cost of the new device well below 5,000 Swiss francs. A modular design is key to ensuring that the concept does not fail due to potential part shortages. The device also needs to be portable, compact and robust.

Not a DIY kit 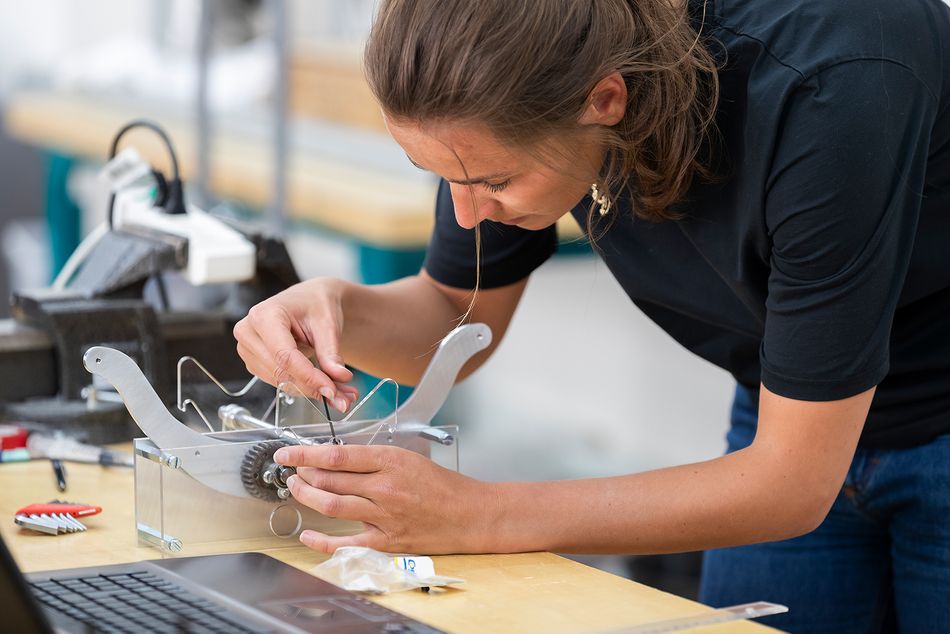 Although the team has kept every aspect of the new ventilator simple and focused on using standard components that are available worldwide, that doesn’t mean that any savvy do-it-yourselfer could build this machine at home. “The design may be straightforward, but controlling the airflow and getting the right rhythm is a complex task that requires engineering expertise,” Shea says. “We’ve brought ETH Professor Melanie Zeilinger on board from the Institute for Dynamic Systems and Control to assist us with the control technology.”

The concept for the new ventilator was originally developed by engineers at the Massachusetts Institute of Technology (MIT). “We examined over 40 open-source designs, but this concept seemed the most promising,” she says. The team subsequently made their own improvements to the plans as they worked on the device in the lab, especially improving the buildability, compactness and product interaction.

The prototype has already passed its initial technical review. This was carried out by Marianne Schmid Daners and her team from the Chair of Product Development and Engineering Design. The test rig they built in their laboratory will also enable them to test other new ventilator systems, including those built by companies.

The researchers are already in negotiations with a manufacturing partner in the Ukraine who has expressed an interest in producing the ventilator on an industrial scale. “We can’t manufacture the product ourselves at ETH. But if we can find industry partners that are keen to produce this kind of machine, then we will do everything we can to support them,” Shea says. Whatever the case, leaving their plans to gather dust in a drawer is not an option: “We will definitely be making our design open source as soon as we finish the development process.”

For Shea, developing the ventilator is far more than just a consolation prize for her cancelled sabbatical. “This is a pretty crazy, chaotic project we’re working on, because the conditions and requirements change on a daily basis.” Under normal circumstances, she emphasises, the project development process feels very different. “That’s what makes this particular project so unique and purposeful – it’s a real adventure.” 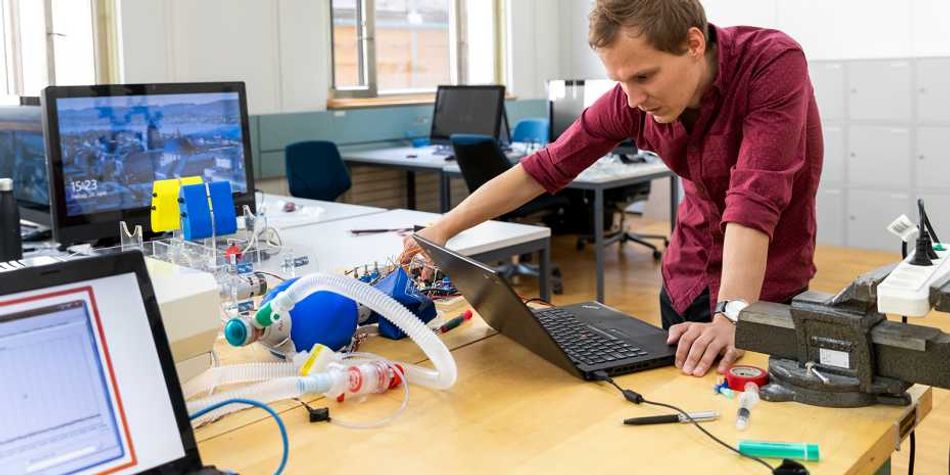 A new application for an ongoing NSF project could bolster contract tracing efforts.

A personal, handheld device emitting high-intensity ultraviolet light to disinfect areas by killing the novel coronavirus is now feasible, according to researchers at Penn State, the University of Minnesota and two Japanese universities.