How can airborne electric mobility be achieved while greatly reducing the emissions due to air transport? How can aircraft with alternative propulsion systems be made both environmentally friendly and economically viable? Will such aircraft lead to changes to other parts of the air transport system, such as airports or maintenance facilities? The German Aerospace Center (Deutsches Zentrum für Luft- und Raumfahrt; DLR) intends to answer these questions over the next four years.

Since the beginning of 2020, 45 researchers from 20 DLR institutes have been working together on the Exploration of Electric Aircraft Concepts and Technologies (EXACT) project, which is developing new technological components for an environmentally friendly commercial aircraft.

The overall objective is to make the necessary technologies ready for use in a passenger aircraft with at least 70 seats and a range of 2000 kilometres. To this end, different hybrid-electric propulsion concepts and possible aircraft configurations are being investigated during the initial stage. However, the researchers will also look at airport infrastructure and at how new propulsion systems may affect the atmosphere and thus the climate. "DLR has globally unique competence for conducting such complex studies. Our 45-person team is combining expertise from their various fields of research. This will enable us to achieve both the thematic breadth and the scientific depth that this subject merits," says Johannes Hartmann of the DLR Institute of System Architectures in Aeronautics, which is leading the project. 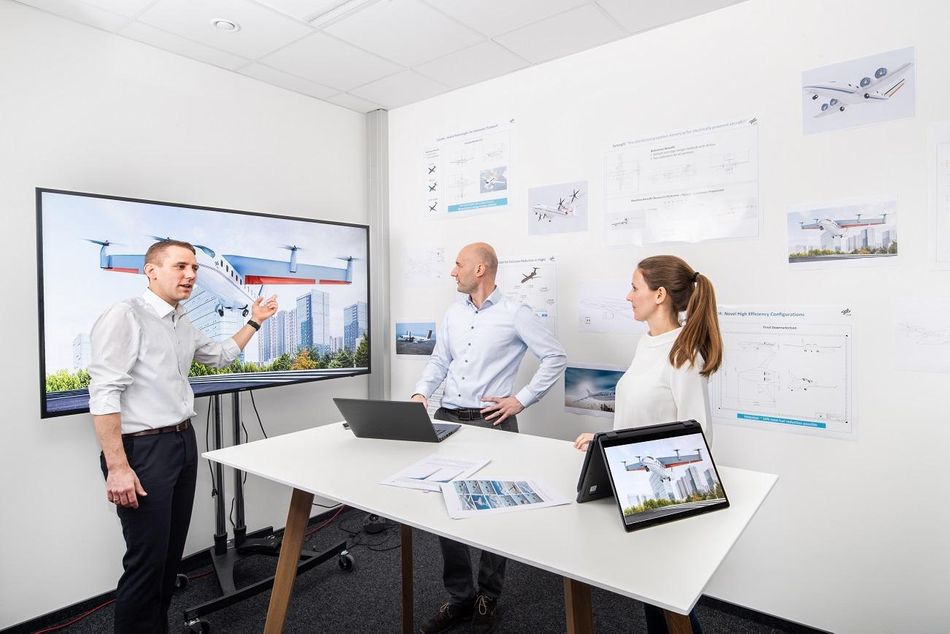 The researchers draw upon data from an aircraft's entire life cycle – from design to production and all the way through to operation and subsequent decommissioning. From this, they are able to derive knowledge for aircraft design. The specified objectives are that the aircraft's emissions should not have a negative effect on the climate, and that it should also be economically viable to operate. The design process takes a whole-system view and is aligned with these goals. The planning of production, operation and maintenance are an integral part of the design from the very start. In the past, aircraft design was primarily driven by cost considerations, with climate impact only being analysed later. "For the first time, we are turning this process around and are thus adopting a revolutionary approach to our work," explains Hartmann.

Aircraft with an improved carbon footprint require fundamentally new propulsion technologies. The project team is investigating which propulsion concepts for short-haul aircraft would result in significantly reduced emissions and less noise during operation, while also remaining compatible with the business interests of the operators. Batteries, fuel cells and hydrogen offer the potential to reconcile these requirements.

For several years, the DLR Institute of Engineering Thermodynamics has been analysing and evaluating the performance of different types of fuel cells for use in air transport. In such research, fuel cells are characterised in the laboratory and investigated using the four-seater Hy4 passenger aircraft. The knowledge accumulated in the EXACT project, coupled with simulation models and pilot applications, will now be harnessed to assess how hybrid energy concepts can interact and be put into practice in higher performance aircraft. 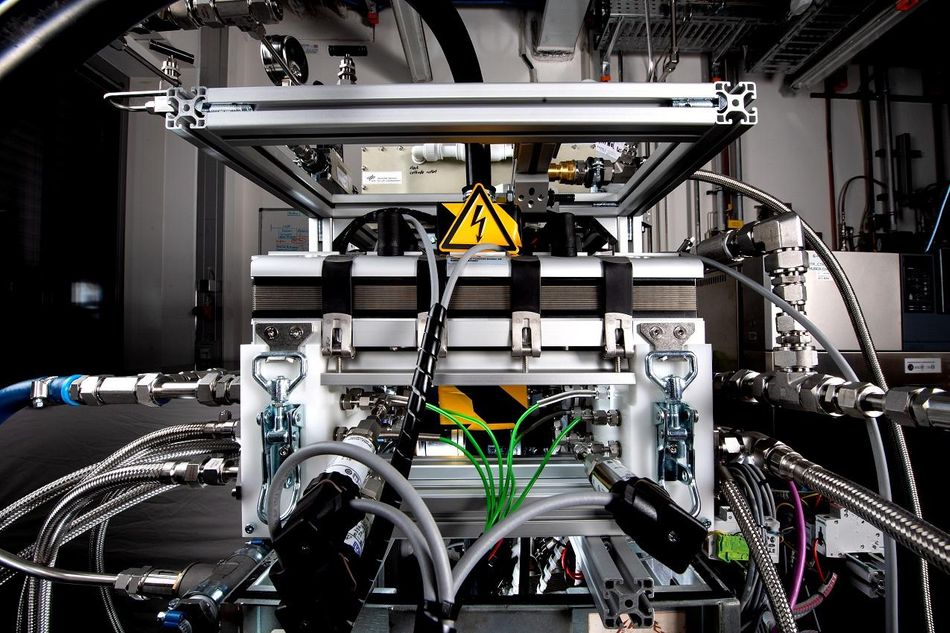 Hydrogen fuel cell in the laboratory of the DLR Institute of Engineering Thermodynamic, Credit: DLR (CC-BY 3.0)

New types of aircraft will have an impact on the entire existing air transport system, and vice versa. Kai Wicke of the DLR Institute of Maintenance, Repair and Overhaul is looking at the operational and environmental integration of the new aircraft configurations as part of the EXACT project: "In examining whether a new aircraft can be powered by hydrogen, fuel cells or batteries, we will be taking a whole-system approach to examining the impact of this on the ecosystem and the air transport system as a whole – in other words, airports, airlines, air traffic control and the atmosphere."

The team is developing models for climate impact, noise, and product and energy lifecycles. Alongside the effects on the environment, the researchers will also examine the required investment and the costs of operation and maintenance. Special refuelling systems would be required if aircraft are to be powered with hydrogen. Batteries will need to be able to be charged, stored and recycled. The requirements that the existing infrastructure places on the operation of a new aircraft design remain to be determined.

An initial whole-system concept for environmentally compatible air transport will be ready in four years. Aircraft engineers, atmospheric researchers and electrical engineers from 20 different DLR institutes are working together to develop valid models and devise solutions.

A more extensive article on the project can be found in issue 164 of the DLRmagazine.

Key is the 'bifunctionality index.'

Interurban Vehicle - Green and comfortable travel even on long journeys

The non-platinum catalyst may lead to cheaper, longer-lasting power