Patient-centred elderly care and monitoring the time and costs of meetings were among the winning ideas.

We received a huge amount of high-quality entries from around the world. Thank you to everyone who took the time to enter. The jury selected the winners based on their innovation, scalability, and feasibility.

Congratulation to all our winners. We will follow their journey as they build and implement their ideas. Subscribe to Wevolver social media to get the latest news.

We are hugely interested in the DT sensor range because of the form factor and the battery life. We think that there is potential for the touch and proximity sensors to be used to help us solve some issues relating to medication adherence monitoring. There is also potential for the proximity sensor to be used to help detect whether people have used certain devices (eg. Microwave/Fridge) which can be used to indicate whether the individual is eating. The water and temperature sensors are also potentially useful for a number of applications in the home. For example we would be interested to see whether the temperature sensor could be used to detect whether the rings on a hob have been turned off. 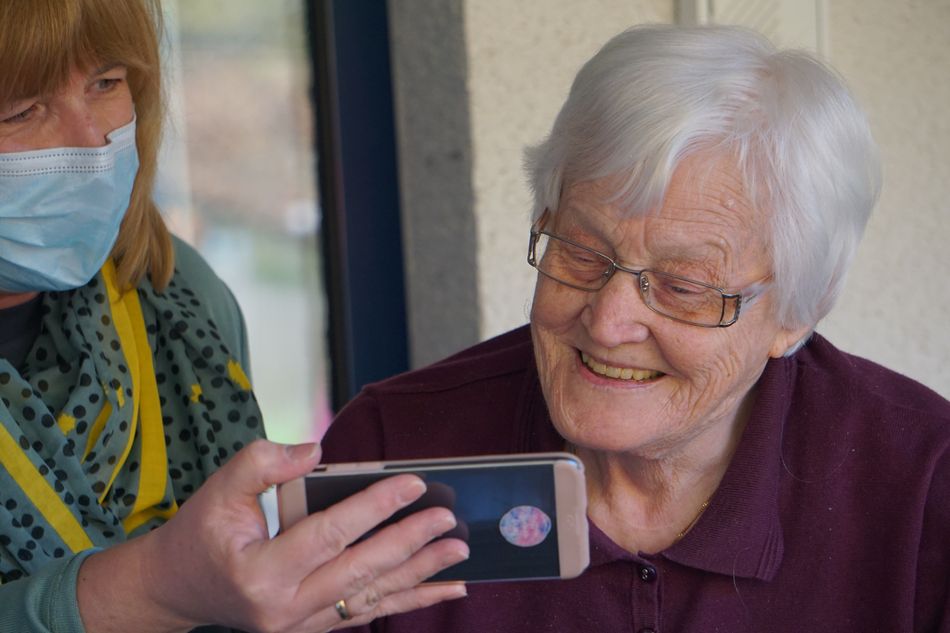 John is Chief Products Officer at HaloCare and is working to help people live independently in their own homes for as long as possible.  HaloCare provides solutions which support elderly and dependent people to live longer in their own homes. They utilise a variety of sensors for this purpose including PIRs, Fall Sensors, VPDs, Door & Window sensors, Flood sensors etc. There is also potential for the proximity sensor to be used to help us detect whether people have used certain devices (eg. Microwave/Fridge) which can be used to indicate whether the individual is eating. The water and temperature sensors are also potentially useful for a number of applications in the home. For example we would be interested to see whether the temperature sensor could be used to detect whether the rings on a hob have been turned off.

Today many machines require continuous monitoring to provide continuous maintenance, for that, a factory or company needs high manpower and the workers need to reach the risky analog meters. Further, if reading is lost or provides an inaccurate reading due to human error, machinery may be broken or damaged affecting the whole production line.

To solve the issue, we can monitor the machines and work area continually with the sensor networks, I created a prototype with a DIY sensor but the issue is it's not small and not suitable for the industrial environment but the Disruptive Technologies IoT Sensor Starter Kit is the missing puzzle, we can quickly build (compare to traditional h/w product development) the product and focus on the impact side.

Salman Faris is a computer science graduate and working with digital fabrication and electronics product rapid prototyping. He's part of the Steag centre for smart city technologies and MakerGram maker community, where he spends his time researching and tinkering with electronics and new emerging technologies. Salman is part of edge impulse as an ambassador and Seeed studio as a ranger.

Alfonso proposes to use the Sensor Start Kit to assist people with dementia (PWD) and mild cognitive impairment  who want to live at home for longer.

European policies are increasingly focused on fostering older adults to live safely and independently at home therefore avoiding institutionalization. It is necessary to promote new strategies of care and treatment readily to keep persons with dementia (PWD) and mild cognitive impairment (MCI) living at home for longer in order to maintain the current wellbeing social model in Europe. In this context, the Information and Communication Technologies (ICT) have the potential to improve the autonomy and dependence of these vulnerable group by supporting remote sensing and the delivery of home and community-based interventions. Alfonso Bahillo received the degree in telecommunications engineering and the Ph.D. degree from the University of Valladolid, Spain, in 2006 and 2010, respectively, and the PMP Certification with PMI, in 2014. From 2006 to 2010, he joined CEDETEL as a Research Engineer. From 2006 to 2011, he was an Assistant Professor at the University of Valladolid. From 2010 to 2012, he was with LUCE Innovative Technologies as the Product Owner. From 2013 to 2017, he held a postdoctoral position and was the Project Manager of DeustoTech-Fundación Deusto, Bilbao, where he trains Ph.D. students and collaborates in several national and international research projects.

He has worked (leading some of them) in more than 25 regional, national, and international research projects and contracts. From 2017 to 2020 he was the Director of DeustoTech- Fundación Deusto, University of Deusto. He has coauthored more than 35 research manuscripts published in international journals, more than 40 communications in international conferences, and three national patents. His interests include local and global positioning techniques, ambientassisted living, intelligent transport systems, wireless networking, and smart cities.

A lot of meetings have way too many people present... and this costs the company a lot of money. Using IoT means it can be deployed anywhere anytime and start spitting out statistics without breaking any GDPR rules  - helping to save costs and increase safety. David was born in Ireland, educated in Houston Texas USA, and moved to the UK in 1979. He has been dabbling in electronics since he was 8. (He was educated as an Architect - but electronics was more fun. ) He started his own company aged 15 repairing electronics/home appliances on a no-fix, no-fee basis. He has worked all over Europe but is now settled in The Netherlands. Previous employers include ASML, Phillips semiconductors and NXP. He now works for Thales in Hengelo in the XR Innovations lab on AR and VR Innovations. David is a a licensed radio amateur since 1980 (current callsigns: G0BZF and PB2X) my interest is in designing antennas and contest operating in morse code. But I also build my own radios.

It could give the families of hospital patients greater peace of mind and help us to be more involved with their care if we had some data about their movements.  For example, temperature sensors near her bed and wheelchair, a proximity sensor on the door, a touch sensor on their hairbrush, and a water sensor in the shower could help remote families get a better sense of patients’ daily activities. Anything unusual in their routine could be flagged.

Mak is co-founder and Director of Technology at The Imagination Factory. He champions a Human-Centred Design approach to use technology to solve society's challenges.

You can read more about the Sensor Starter Kit in our previous article here.

About the sponsor: Disruptive Technologies

Founded in 2013, Disruptive Technologies (DT) is a Norwegian tech company and the award-winning developer of the world’s smallest wireless sensors and IoT infrastructure. These tiny, robust, affordable, and adaptable sensors are designed to reach an ever greater number of operational components, making buildings intelligent and sustainable, in minutes. Our leading-edge partners build radically different smart solutions on our sensor platform for offices, buildings, retail, hospitals, food service, and more. Together, we enable facilities managers to maximize space and keep tenants happy, pharmacists to ensure drugs don't spoil, and engineers to protect critical assets. From desk occupancy to smart cleaning, we're connecting people and information to deliver Connected Change™.