Scientists at EPFL have developed a tiny pump that could play a big role in the development of autonomous soft robots, lightweight exoskeletons and smart clothing. Flexible, silent and weighing only one gram, it is poised to replace the rigid, noisy and bulky pumps currently used. The scientists’ work has just been published in Nature.

Soft robots have a distinct advantage over their rigid forebears: they can adapt to complex environments, handle fragile objects and interact safely with humans. Made from silicone, rubber or other stretchable polymers, they are ideal for use in rehabilitation exoskeletons and robotic clothing. Soft bio-inspired robots could one day be deployed to explore remote or dangerous environments.

Most soft robots are actuated by rigid, noisy pumps that push fluids into the machines’ moving parts. Because they are connected to these bulky pumps by tubes, these robots have limited autonomy and are cumbersome to wear at best.

Researchers in EPFL’s Soft Transducers Laboratory (LMTS) and Laboratory of Intelligent Systems (LIS), in collaboration with researchers at the Shibaura Institute of Technology in Tokyo, Japan, have developed the first entirely soft pump – even the electrodes are flexible. Weighing just one gram, the pump is completely silent and consumes very little power, which it gets from a 2 cm by 2 cm circuit that includes a rechargeable battery. “If we want to actuate larger robots, we connect several pumps together,” says Herbert Shea, the director of the LMTS at the School of Engineering. 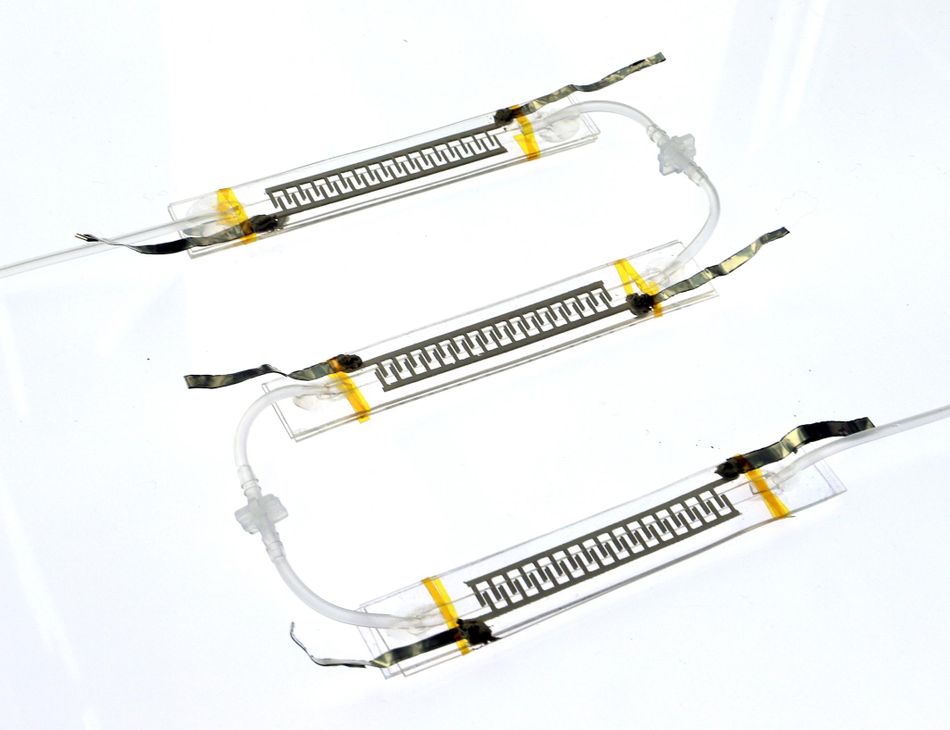 This innovative pump could rid soft robots of their tethers. “We consider this a paradigm shift in the field of soft robotics,” adds Shea. The researchers have just published an article on their work in Nature.

Soft pumps can also be used to circulate liquids in thin flexible tubes embedded in smart clothing, leading to garments that can actively cool or heat different regions of the body. That would meet the needs of surgeons, athletes and pilots, for example.

The soft and stretchable pump is based on the physical mechanism used today to circulate the cooling liquid in systems like supercomputers. The pump has a tube-shaped channel, 1 mm in diameter, inside of which rows of electrodes are printed. The pump is filled with a dielectric liquid. When a voltage is applied, electrons jump from the electrodes to the liquid, giving some of the molecules an electrical charge. These molecules are subsequently attracted to other electrodes, pulling along the rest of the fluid through the tube with them. “We can speed up the flow by adjusting the electric field, yet it remains completely silent,” says Vito Cacucciolo, a post-doc at the LMTS and the lead author of the study. 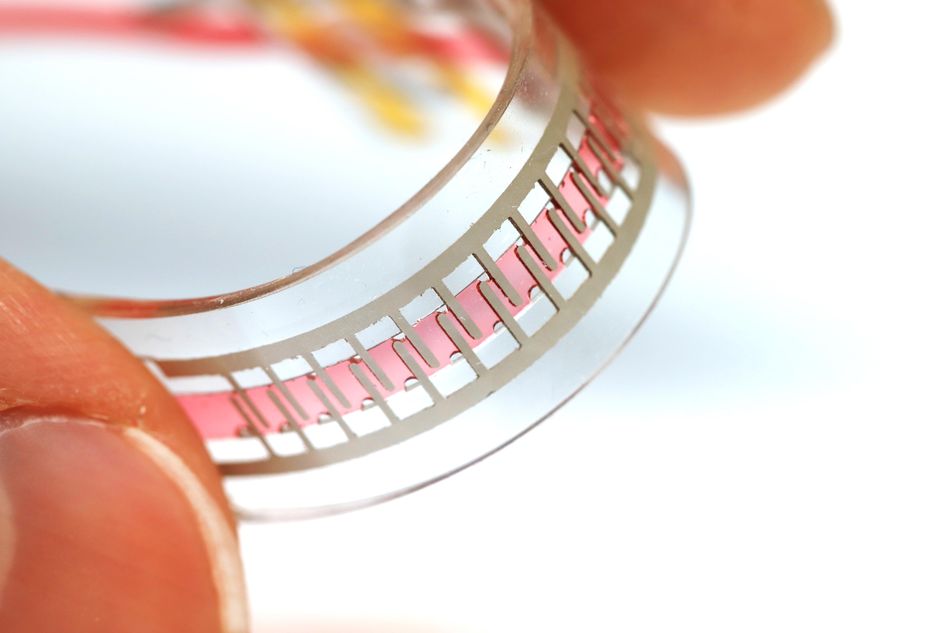 The researchers have successfully implanted their pump in a type of robotic finger widely used in soft robotics labs. They are now collaborating with Koichi Suzumori’s laboratory in Japan, which is developing fluid-driven artificial muscles and flexible exoskeletons. 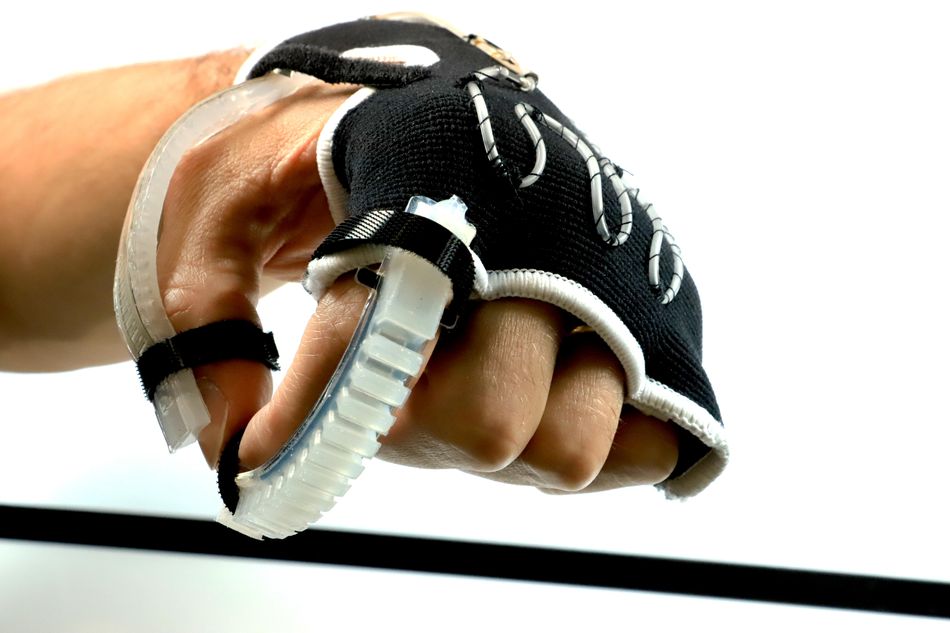 The EPFL team has also fitted a fabric glove with tubes and shown that it is possible to heat or cool regions of the glove as desired using the pump. “It works a little like your home heating and cooling system” says Cacucciolo. This application has already sparked interest from a number of companies.