At 09:20 local time (13:20 CET) on 25 December 2021, the James Webb Space Telescope (JWST) was launched from Europe's Spaceport in Kourou, French Guiana, on its journey to the second Lagrange point of the Sun-Earth system (L2), 1.5 million kilometres from Earth.

At 09:20 local time (13:20 CET) on 25 December 2021, the James Webb Space Telescope (JWST) was launched from Europe's Spaceport in Kourou, French Guiana, on its journey to the second Lagrange point of the Sun-Earth system (L2), 1.5 million kilometres from Earth. "James Webb is the largest and most expensive space telescope of all time. It will set off on its long journey on board an Ariane 5 launcher. The Mid InfraRed Instrument (MIRI) and the Near InfraRed Spectrograph (NIRSpec) – two of the four instruments on board JWST – have German contributions. NIRSpec was built by Airbus in Ottobrunn and Friedrichshafen. Scientists from all over the world will use this instrument to analyse the very beginnings of the Universe. NIRSpec is primarily intended to detect radiation from the first galaxies that formed shortly after the Big Bang. The James Webb telescope will thus provide answers to previously unanswered questions and enable us to open doors to new research," says Walther Pelzer, Member of the DLR Executive Board and Head of the German Space Agency at DLR, on the scientific significance of the mission.

The German Space Agency at DLR manages the national contributions to the European Space Agency (ESA) on behalf of the Federal Government. Germany is currently the largest contributor, providing approximately 106.5 million euros to the James Webb mission within the framework of ESA. In addition, there is an additional 10 million euros for the MIRI instrument from the National Space Programme. The DLR Institute of Planetary Research in Berlin also hopes to obtain observation time with the JWST to study exoplanets. "The new telescope will make it possible to detect atmospheres around much smaller planets than was previously possible," says Heike Rauer, Director of the Institute. "The MIRI instrument is well-suited for studying the atmospheres of these particularly small exoplanets." 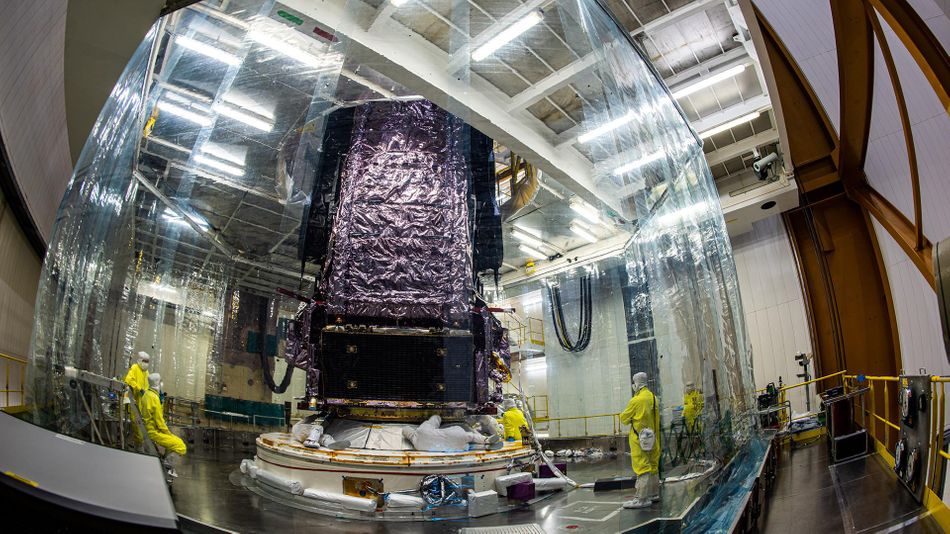 When naturalist Charles Darwin set sail almost exactly 190 years ago – on 27 December 1831 – on HMS Beagle, he had no idea that his observations and findings would fundamentally change the world of science. Today, scientists at least have an idea about the importance of the mysteries that the James Webb Space Telescope could help them to solve. The most precise infrared telescope of all time has its sights set primarily on the unknown: "Like Charles Darwin, the James Webb Space Telescope will also get to the bottom of evolution through careful observation – not of humans and nature, but of stars and planets. In doing so, the telescope, with a large, deployable 6.5-metre diameter primary mirror, looks back extremely far in time. After the Big Bang, about 13.8 billion years ago, the first galaxies radiated light across the Universe. Due to the rapid expansion of the Universe, this light only reaches us today as extremely weak thermal radiation. It is precisely this radiation that the telescope will be able to capture, no matter how faint," explains Heinz Hammes, the James Webb Project Manager for the German Space Agency at DLR.

JWST is a joint project between the US National Aeronautics and Space Administration (NASA), the European Space Agency (ESA) and the Canadian Space Agency (CSA). It will cover a wide range of infrared radiation and will make this 'ancient' thermal radiation observable. Because infrared radiation is transmissible even through cold dust clouds, these are not an issue for JWST. "James Webb will see what was previously 'invisible' because it is the first space telescope capable of cooling its mirror. This allows us to receive signals that were previously hidden in noise. However, the telescope is not only concerned with the early history of the Universe; it can also observe the formation of stars and planetary systems from special rings of gas and dust – referred to as protoplanetary disks – and examine planetary systems for their suitability for life. It will also hunt for Earth-like exoplanets and study their atmospheres," Hammes adds. One German instrument in particular will help to better assess the chances of extraterrestrial life. 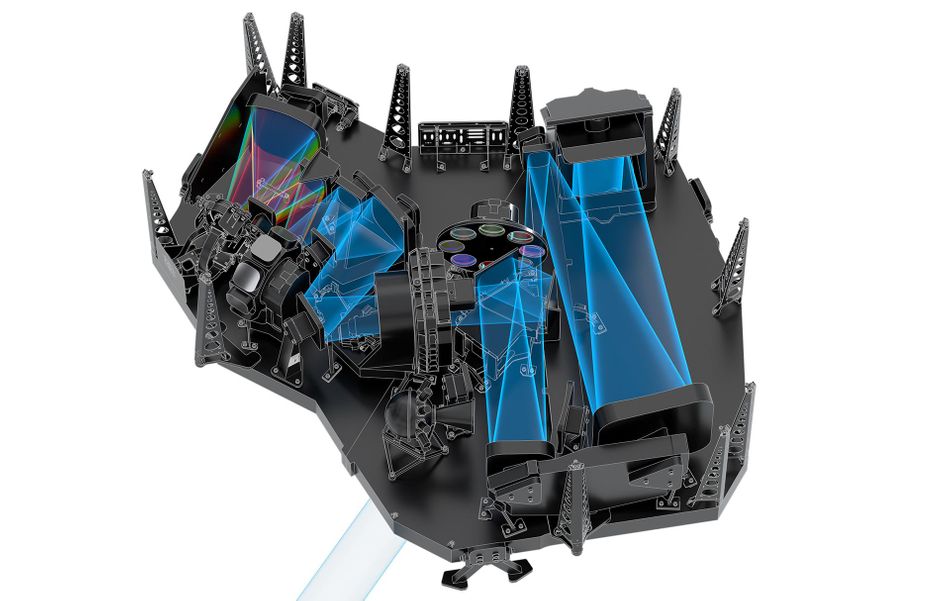 NIRSpec, which is designed to observe wavelengths between 0.6 and 5 micrometres, was built by Airbus in Ottobrunn and Friedrichshafen on behalf of ESA. This instrument is designed to simultaneously target the spectra of up to 100 different observation targets in a field of view of 3.4 by 3.6 arcminutes, making it ideal for the spectroscopy of distant galaxies. One arcminute is roughly equivalent to the resolving power of the human eye, with the full Moon in the sky corresponding to 32 arcminutes. NIRSpec will be used primarily to detect radiation from the first galaxies that formed in the early Universe approximately 200 million years after the Big Bang, when space was very different from its present state.

"NIRSpec will break down the infrared light received from these celestial bodies into individual wavelengths, thereby providing scientists with important information about the distance, chemical composition, dynamic properties and age of these objects, as well as provide a closer look at intergalactic space and its gases. NIRSpec is an extremely versatile instrument that will also study the early stages of the formation of stars in our Milky Way and analyse the atmospheric properties of planets around other stars, allowing for a better assessment of the probability of the existence of extraterrestrial life," says Hammes. 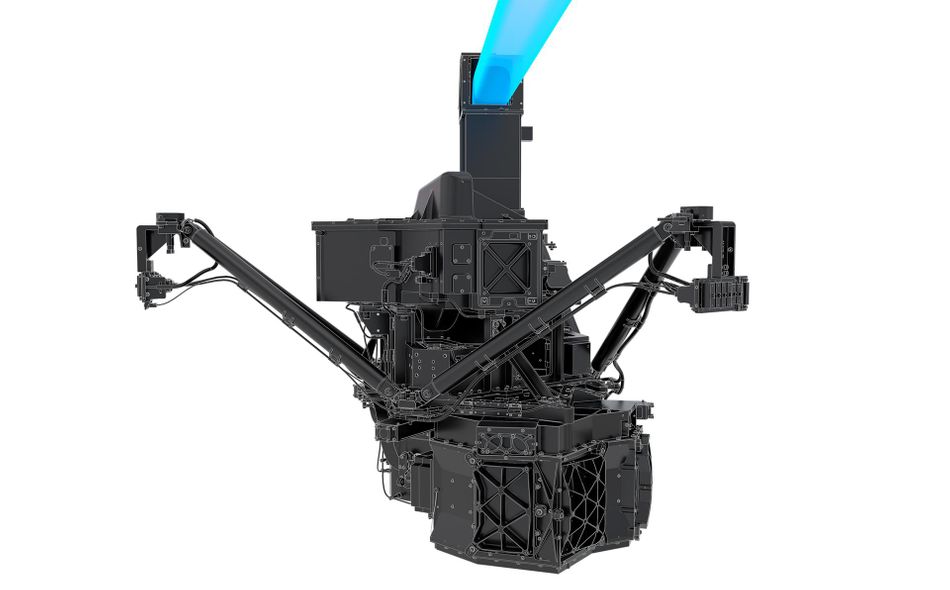 MIRI was jointly developed by ESA and NASA. The detectors and the associated electronics come from the USA, while Europe provided the optical and mechanical components of this instrument. While all other instruments observe in the near-infrared range, MIRI is dedicated to the mid-infrared range. The instrument has three 1024 by 1024 pixel detectors and covers a wavelength range from five to 28 micrometres. Due to the longer wavelengths measured, the resolution is reduced to 0.19 arc minutes. MIRI nevertheless has an angular resolution seven times higher than that of the Spitzer space telescope and is approximately 50 times more sensitive. However, this instrument requires an active cooling circuit, as the detectors must be cooled to six Kelvin with helium for it to function.

The instrument has several modes designed for different applications. For example, the 'Imaging Mode' is suitable for a survey, while the 'Coronagraphy Mode' can be used optimally for the investigation of exoplanets using various filters. In the 'Medium Resolution Spectroscopy Mode', the sky is observed with four different channels. By covering a very large wavelength range, this instrument is sensitive to both near and warm targets, such as objects in the Milky Way, but also to high-redshift objects from the early days of the Universe. The Jet Propulsion Laboratory and NASA's Goddard Space Flight Center are collaborating on the project, together with a European consortium of 26 nations led by the UK Astronomy Technology Centre in Edinburgh and including the Max Planck Institute for Astronomy in Heidelberg and the University of Cologne.

The James Webb Space Telescope integrates four instruments built by different consortia. A total of 14 different countries are involved in this very large project. The USA and Canada have been working together since 1996 and, since 2003, 12 European countries have joined the project, represented by ESA. In addition, ESA is providing the launcher – an Ariane 5 ECA – and participates in the operation of the 'Space Telescope Science Institute' in Baltimore. In return, ESA will receive full partnership in the consortium and access to observation time for all member states, similar to the current situation with JWST's scientific predecessor, the Hubble Space Telescope. Requests will be evaluated and time allocated by an independent panel. The German Space Agency at DLR is coordinating the German contributions to ESA. German contributions to the mission are also made by Airbus, ArianeGroup, Hensoldt Optronics, IABG, the Max Planck Institute for Astronomy and the University of Cologne.