Human cells in a 3D printer that can be used to cover wounds like a sticking plaster – this is the long-term goal of the Bioprint FirstAid experiment. As part of his 'Cosmic Kiss' mission, German ESA astronaut Matthias Maurer has now carried out this series of experiments on the ISS.

Human cells in a 3D printer that can be used to cover wounds like a sticking plaster – this is the long-term goal of the Bioprint FirstAid experiment. As part of his 'Cosmic Kiss' mission, German ESA astronaut Matthias Maurer has now carried out this series of experiments on the International Space Station ISS. The mobile handheld device is intended to significantly improve wound treatment on space missions, but also in daily medical use on Earth. "With Bioprint FirstAid, this innovative technology has now been tested under space conditions for the first time," says Michael Becker, Bioprint FirstAid Project Manager for the German Space Agency at the German Aerospace Center (Deutsches Zentrum für Luft- und Raumfahrt; DLR). "Bioprinting is an important step towards personalised medicine in space and on Earth." 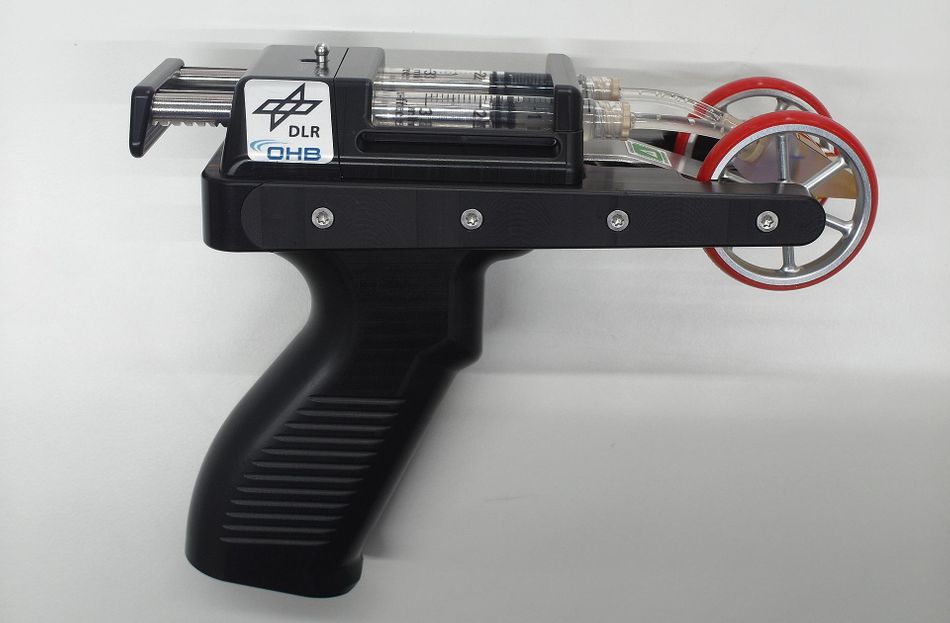 The Bioprinter can be operated manually and consists of a handle, a print head, guide wheels and two cartridges for the bio-ink that is used to produce the plaster-like wound covering. During the experiment on the ISS, this ink was first applied to a foil on Matthias Maurer's leg. Two bio-inks with different compositions and two different print heads were used. "The technology experiment has not yet used real human cells in this first step, but fluorescent microparticles," says Becker. "The findings will help scientists to further develop the technology and enable applications for patients."

Improved wound healing in space and on Earth

Due to its compact design and easy, mobile use, the printing technology has great potential not only for use in medical practices and clinics, but also for flexible treatment in remote locations or places that are difficult to access. Thus, the Bioprinter can be used on future long-term space missions as well as at research stations in remote locations, such as Antarctica. 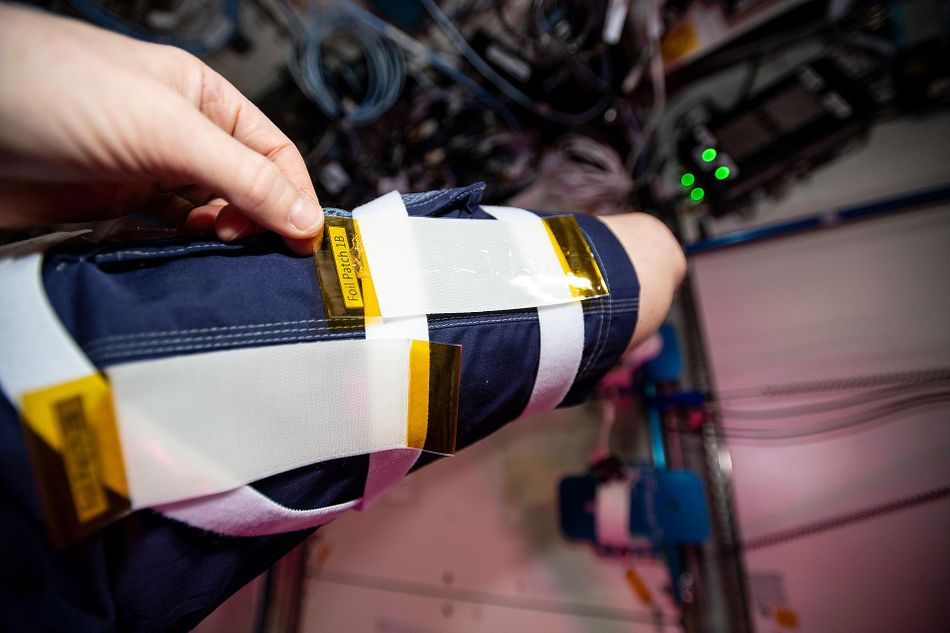 Once the experiment has been completed, the patches printed on the ISS will be brought back to Earth for further testing and analysis. In the meantime, scientists from the Technische Universität Dresden (TU Dresden) are conducting comparative experiments on the ground to verify the results of the ISS experiment following the return of the plasters. This investigation aims to explore the behaviour of the system as a function of different pressure nozzles and different bio-inks. In addition, the distribution of microparticles in microgravity will be investigated.

To discuss the possible applications of 3D printing in medicine at an international level, the German Space Agency at DLR, the European Space Agency (ESA) and TU Dresden are planning to hold a workshop on 'Bioprinting in Space' on 15 and 16 March 2022 in Dresden. Astronauts as well as experts from the fields of bioprinting and life science research in space will participate in this exchange.

The Bioprint FirstAid experiment was implemented on behalf of the German Space Agency at DLR with funding from the German Federal Ministry for Economic Affairs and Climate Action (Bundesministerium für Wirtschaft und Klimaschutz; BMWK). The system was developed and built by OHB System AG in collaboration with scientists from TU Dresden. 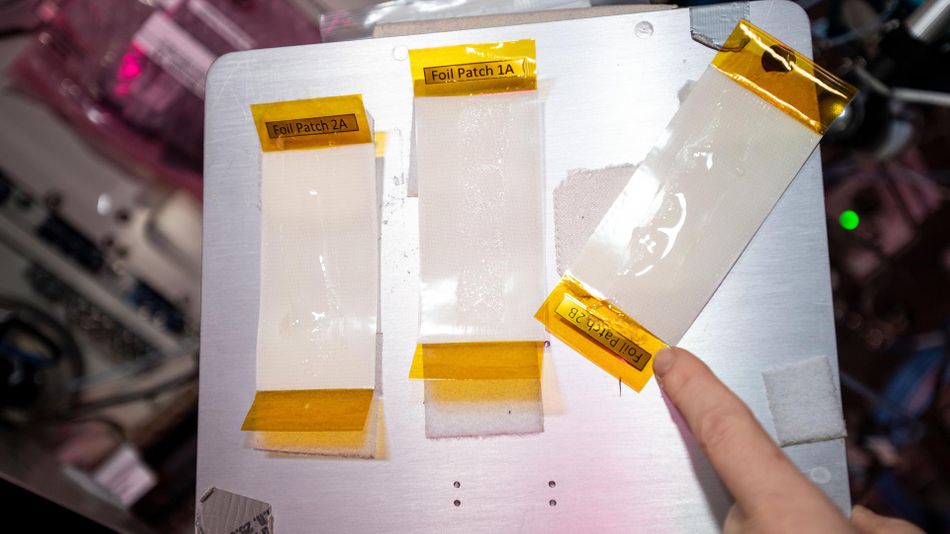 DLR is involved in the 'Cosmic Kiss' mission in many ways. The German Space Agency at DLR, based in Bonn, is responsible for selecting and coordinating the experiments and contributions from German universities and colleges, as well as from industry. DLR scientists are also conducting their own experiments. ESA's Columbus Control Centre, located at DLR's German Space Operations Center in Oberpfaffenhofen, is responsible for planning and conducting the experiments that take place in the European Columbus module on the ISS. From here, the data from the experiments are sent to the national user control centres and from there to the scientists and the participating industry partners.