It was the mid-90s and the construction market was booming. This was a game changer for the surveying industry.  Two companies in different countries would partner to rapidly develop a new hybrid product combining the best of traditional optics technology and the powerful benefits of the rapidly expanding survey grade GPS market.

This was product development at its finest.  We were developing the most compact survey grade GPS unit to date with a small team at Trimble Navigation’s Mapping and Survey Division.  Other competitors were trying to do the same thing and their projects weren’t far behind ours.  We had to be the first to market with a reliable unit, but before that there would be several challenges and a great learning opportunity for myself as a young engineer.

The first challenge was entering a heavily integrated design effort between two international businesses. To put it into perspective, cultural awareness classes for key executives were still a relatively new and limited idea.  My course lasted a total of 10 minutes.  I think my manager worried I would cause grave insult and kill a multi-million dollar contract during the introductions stage with our large Asian corporate partner.  I listened closely to the etiquette lesson around exchanging business cards and then practiced my card exchange dexterity.

Internal components shown. Not much room for shrinking.

Our first preliminary design review would be here in the US, with a translator from the sales department.  Filled with plenty of concern regarding the social interaction side of a technical meeting, I focused on the technical side.  Once I began the technical presentation I quickly found that visuals, mock-ups, CAD models and the physical challenges of the design were universal languages themselves.

This emphasis on visual communication combined with talking slowly and minimally as I had been advised, resulted in myself and our four foreign visitors not really needing a translator.  It was an enlightening experience. While the business portion of the meeting had seemingly required rigorous translation; the creative efforts side, and any project development challenges, were understood regardless of the continent of origin.

The second challenge was that someone had pre-dictated the size, mounting type, interconnections and the look of the never before developed GPS receiver. Some of these choices were well designed, but big gaps from rendering to reality existed for sealing, implementation of the design, and the ever present challenge of “Everything won’t fit inside”.

It was up to me to figure how it would all come together if the young electrical engineering I was working with could actually get everything onto the tiny processor boards.  To properly put it into perspective, most survey grade GPS receivers of the time would not fit into one hand let alone two, and you were not going to be able to wander outside and quickly use your smart phone as a survey grade GPS receiver for about another 10 years.  The unit we were creating had to have full survey level multi-channel GPS signal processing and had to be smaller than a cigarette pack’s volume. So the challenges kept coming. The product would have to leverage off of a couple unique technologies and custom designs to make it all fit.  We would implement a new gasket material and a kind of new plastic housing coating to shield for EMI interference and cross talk, selectively.  Cross talk was a big concern then in the GPS world as pogo pin interconnections were not available at that time.

This was before people had cell phones with replaceable batteries or before minivans had those cool connections in the doors to give the back seat riders all kinds of buttons to push.  To solve this we developed custom pogo pin target contacts with our favorite cable vendor of the time, ensured they could be easily assembled to the custom plastic housings and we left a trough on the inside of the plastic wall where the custom contacts could be easily potted to seal them for the rugged GPS receiver.

This provided a low profile and low cost solution.  The key lesson on all this was taking relatively new but proven technologies, and working with the vendors to get timely and cost effective units, instead of making the whole product bigger.

The product looked like the rendering, which usually does not happen.  However; our size was still impacted by the sealed RF connector but we had generally met the envelope with our application of customized solutions.  Hearing the good news the client partner company met with us again.

The third challenge came in the next meeting. They were happy with the refinements, but now they wanted to know, after all this, if it could be smaller, a lot smaller.  We commented on the limitations we had overcome and the possibilities.  Much of the schedule had already elapsed.  The elephant in the receiver was the RF connector but the risk would be greater loss of the GPS signal through a smaller connector if size reduction was to be achieved. 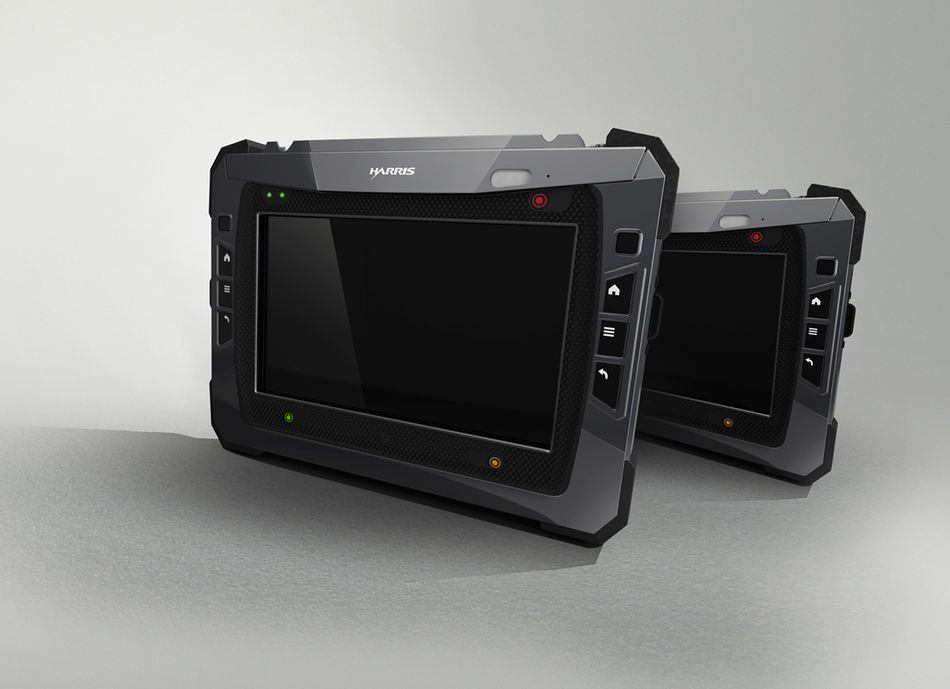 After much discussion on all this in two languages, the lead of the other company shook his head, and looking down said, in English, “There is no gain without great risk.”  This moment was kind of one of those time slows down moments.  Unknown to me, and in part to Trimble Navigation, the foreign partner company had put tremendous pressure on their team to meet schedule, and they were behind on their side.  The new reduced size change would not come with enough funding or time in the schedule added.  I and the poor electrical engineer would be relegated to “re-doing” the design, just smaller, with a lot of the effort done on our own time.

There was a silence in the room with a visible burden on the other company’s project lead.  The pressure for a more compact product balanced with quality risk and schedule slip, and after his wise statement, the kind of thing you might see in an inspirational picture of a climber on Mount Everest, hung in a corporate hallway, I could no longer be quiet and I added to his, “There is no gain without great risk,” –“Just like in life.”  Another moment of silence, but then a smile, a chuckle from the lead of the other company and for some reason they did not request the size reduction. All it took was a simple remark to sway a decision that could have cost us time and efficiency.

From there we built prototypes and we had sub-components in the pipe line to avoid availability lead time delays.  I had a small inventory of key parts on hand.  We released documentation sets, which in those days had to be printed out, hand stamped for authenticity, and mailed to the parties concerned.  The prototypes were testing out well in the custom fixtures we designed and fabricated.  The smallest survey grade GPS receiver drew many onlookers from within the company and caused a bit of stir among those who were allowed to know about it.

We had tooled plastic parts, which we had worked very hard on to ensure a timely delivery of. We were on time and had budget left over. But ultimately our partner overseas fell too far behind on their side with their part of the product development. The project was cancelled.

We packed up the units we had built and sent them off to the client.  They would be stored away on the very slight chance the project ever came back to life.

In hindsight, it almost seemed to have gone too well for us but we would not be seeing the small GPS receiver we designed along the road side surveying the next new business complex. The GPS market would keep growing with or without us.

In the long run it had ended up being a fantastic set of challenges for a young team of engineers to learn from, all compressed into one project and pretty short schedule, with lessons that could be applied to many projects to come, for the next cutting edge product development.

When times are hard and profits are slim, many business owners look for ways to reduce manufacturing costs in their facility, without compromising product quality or endangering jobs. Here, we'll take a look at ten of the most effective ways to lower those costs.

As with any machine, an HMI is going to be subject to failure, and you need to be able to identify what the problem is before you can go about fixing it. Rowse fields a team of experts in automation and control, and with their help, we've identified 5 common HMI failures experienced by users.

A new method for machining hole patterns has implications for cost and time savings in automobile, construction and tech companies, according to a team of researchers from the Harold and Inge Marcus Department of Industrial and Manufacturing Engineering at Penn State.