The figure was scanned to produce a 3D printed copy

An important highlight of the active ecumenism in Rottweil during the renovation of the cathedral in 2016/17 was the reception of the Madonna of the Turning Eyes in the Predigerkirche. Until the secularization in 1803, this Madonna stood on the tabernacle of the high altar. When the Madonna sculpture took the place previously occupied by a large crucifix, many Protestant Christians realized that this figure truly belonged there. The former pastor of the Predigerkirche, Marcus Keinath, once called it the key to understanding the church’s pictorial program. And so, the Protestant parish council decided that a copy of the Madonna should be made. The Catholic parish gave its consent, and the collection of donations began immediately. The sculptor Andrea Wörner received the order to carve the Madonna in 2018. However, the Rottweil Monument Authority made things difficult for a long time. Commitments and subsequent cancellations delayed the start of the work again and again. Wörner then submitted drawings with the desired changes. The tubular folds on the sides will now be omitted, and the figure will appear slimmer. The figure of Mary is given a lily scepter, the child an apple in his hand. The reproduction of the crescent moon at the feet of the Madonna is also done away with. In the fall of 2020, in response to a telephone inquiry, came the final confirmation that the design could proceed as planned according to the opinions of the local Monument Authority. 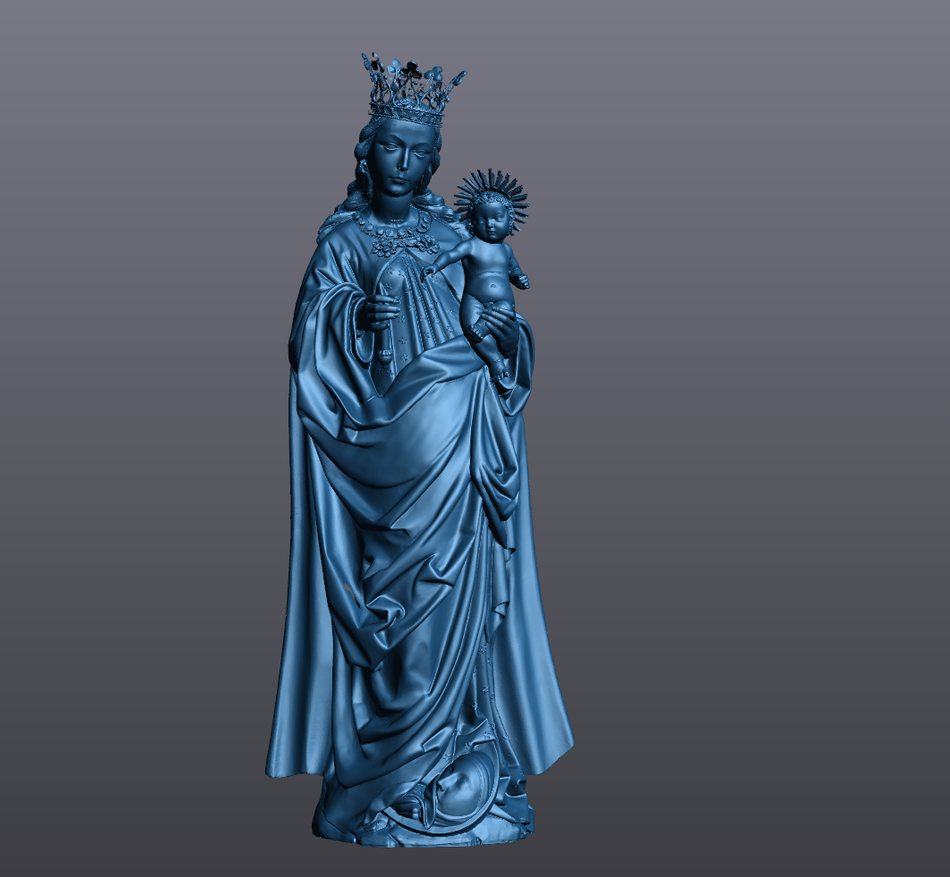 Ready to print in 5-1 format

However, the Madonna was not to be taken to the sculptor’s workshop. Setting up a workstation in front of the Virgin Mary altar was also out of the question. So it was finally decided to scan the Madonna to use as a template and create a duplicate from a 3D printer. And then another problem delayed the start of the project. The shiny surface of the poliment gilding could cause the laser to be confused by shiny points and therefore calculate points incorrectly, resulting in deviations in the 3D printing. After much back and forth, it was agreed to use a specific spray as a matting agent. After this point was also clarified, an appointment was made with all those involved. The minster was closed for one morning. The company KerKon GmbH & Co. KG came in with the 3D-Scanner HandySCAN 3D from Creaform . Graduate restorer Alexandra Gräfin von Schwerin, who had been involved in the renovation work in the cathedral for two years, took the Madonna out of the altar and supervised the rest of the work. In the end, the spray did not have to be applied. After numerous reference points had been applied to the figure, Dieter Kerpen from KerCon scanned the Madonna with the HandySCAN 3D.

During the scan, the geometry of the sculpture was precisely captured and imaged in the highest measurement quality. The Madonna didn’t need to be moved. She didn’t even need to be touched. With an accuracy of up to 0.03 mm and 480,000 measurements per second, the data acquired could then be used to produce the model for the 3D printer. 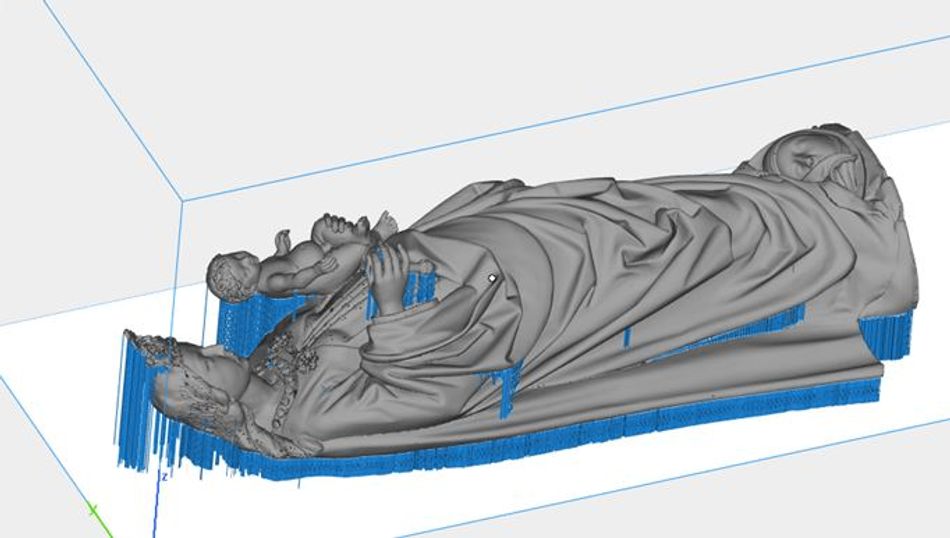 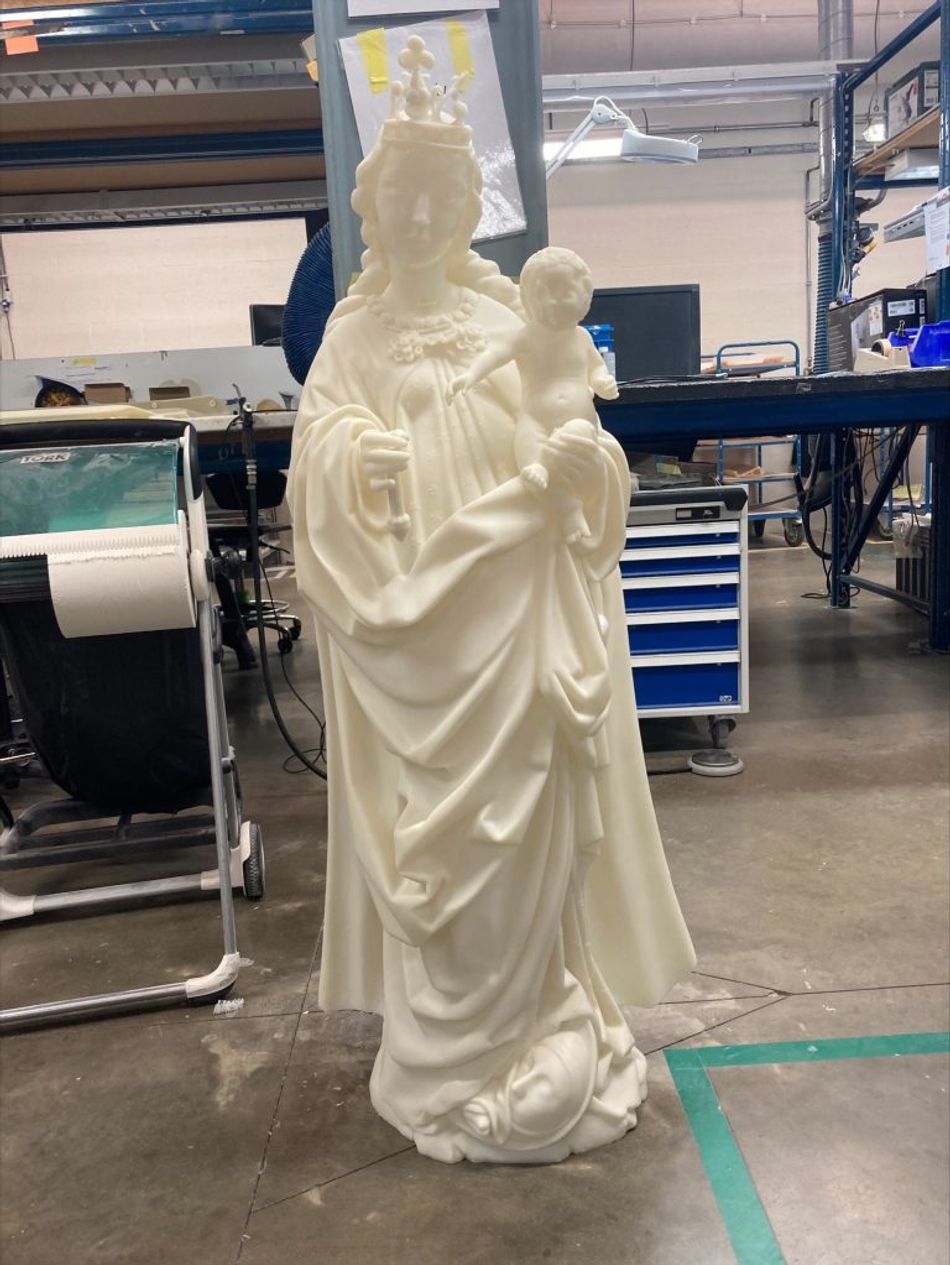 When the 1:1 copy is ready, Andrea Wörner will carve the new Madonna out of lime wood in her studio in Schramberg in the coming months – with the required minor changes. Then, finally, the wish of the Protestant parish will come true and what is now on the outside of the church will be found once more within. The ridge turret’s decorative spire on the small bell tower has displayed the Madonna of the Turning Eyes since time immemorial.

Learn How 3D Scanning Technologies Revolutionize The Way We Work And Live.