Charged atoms cannot escape from an ion trap, as they are confined by an electromagnetic field. A laser, radio waves or microwaves can then change the state of the charged atoms (ions) in a targeted way, so that they become qubits, the building blocks of quantum computers.

Charged atoms cannot escape from an ion trap, as they are confined by an electromagnetic field. A laser, radio waves or microwaves can then change the state of the charged atoms (ions) in a targeted way, so that they become qubits, the building blocks of quantum computers. The German Aerospace Center (Deutsches Zentrum für Luft- und Raumfahrt; DLR) has now awarded contracts for the advancement of ion trap technology. Prototype quantum computers will be created within four years as part of the DLR Quantum Computing Initiative.

"DLR is awarding contracts for five projects as part of its Quantum Computing Initiative, with the aim of creating qubits based on ion traps. This technology is considered highly promising and will be explored through targeted research. This takes us one step closer to a programmable, fault-tolerant quantum computer," says Anke Kaysser-Pyzalla, Chair of the DLR Executive Board. "Through the close cooperation of business and science, synergies are created that strengthen the quantum computing ecosystem and thus also provide start-ups with new opportunities."

The contracts amount to a total of 208.5 million euros. The gradual development of the systems will take place in several phases. "By the end of the projects, we will have quantum computers based on ion trap technology, with at least 50 qubits. At the same time, we are building modular systems that can be scaled up to thousands of qubits," says Robert Axmann, Head of the DLR Quantum Computing Initiative. "The academic and economic environment at our innovation centres makes them ideal for continued development." 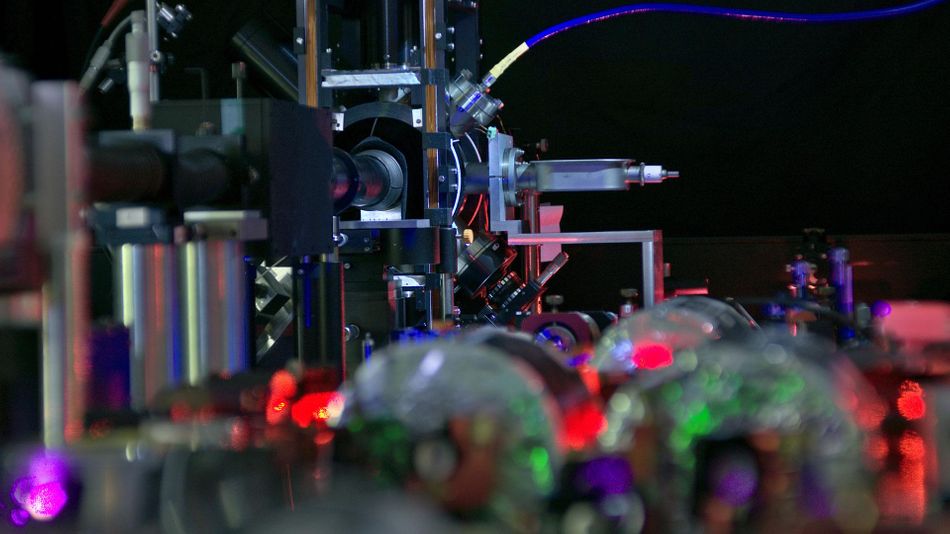 Development work at the DLR Innovation Centre in Hamburg

In a preliminary project, a consortium made up of NXP Semiconductors Germany (Hamburg), eleQtron (Siegen) and Parity Quantum Computing Germany (Munich) will provide a 10-qubit demonstration model, scheduled to start operation in late 2023. Users will be able to use this quantum computer to gain experience with ion trap systems and advance their development.

Two projects involve building prototype quantum computers with at least 50 fully functional qubits on a chip. Universal Quantum Deutschland (Düsseldorf) and the consortium of Qudora Technologies (Braunschweig) and NXP Semiconductors Germany (Hamburg) are each developing their own systems. The chip is scalable, which means that the number of qubits and computing power can be increased. Error susceptibility is considered to be one of the greatest challenges in quantum computing, so one area of focus is ensuring that the chip can correct faults.

In two other projects, modular, scalable quantum computers are being developed on the basis of ion traps. This involves networking several chips to form a universal quantum computer architecture. The special thing about this is that each module is its own small quantum processor with 10 qubits each. This structure will later grow to comprise many chips with thousands of qubits. Universal Quantum Deutschland (Düsseldorf) and NXP Semiconductors Germany / eleQtron / Parity Quantum Computing Germany are developing these modular quantum computer prototypes on behalf of DLR.

"Ion trap systems allow universal arithmetic operations. They are not dedicated to solving specific tasks," explains Karla Loida, Project Manager for the Quantum Computing Initiative. "Quantum computers based on ion traps have a number of advantages: the qubits are comparatively stable and offer superlative gate properties – a prerequisite for building high-quality quantum computers. Integration on microchips and innovative chip designs mean that scalability is now within reach." The technologies required for construction have now reached maturity. Laser systems can be used to provide the necessary cooling and targeted manipulation of qubits. Integration on microchips has also proven successful.

The prototype quantum computers developed as part of the projects will be used in research and development at DLR and accessed via a network. 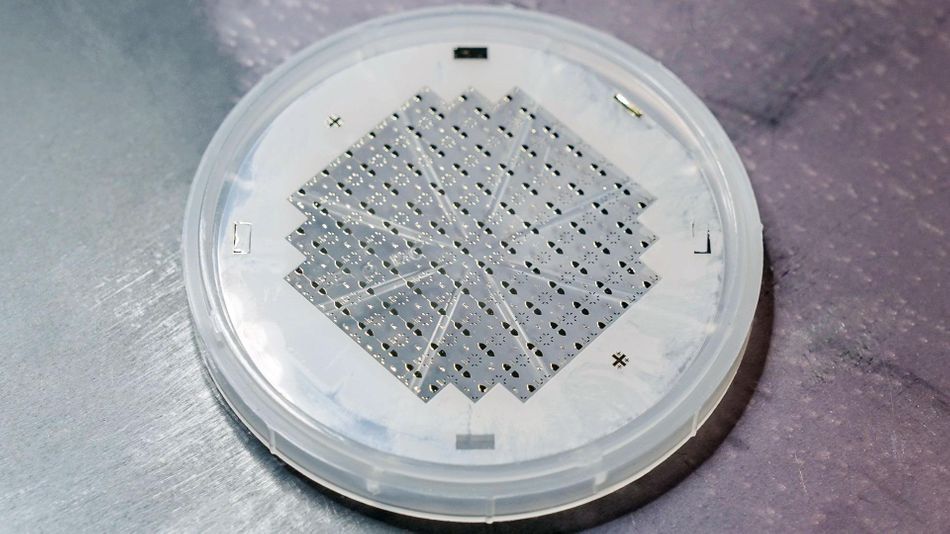 There are different concepts for the development of quantum computers. It is still unclear which concept will ultimately prevail. DLR is supporting various technology projects in tandem and bringing its own skills and areas of focus to bear on the research and development work involved. Over the next four years, prototype quantum computers with different architectures will be built and the associated technologies and applications developed as part of the Quantum Computing Initiative. DLR is getting companies, start-ups and other research institutions involved so that all of the partners can make significant advances together. DLR has been granted funding for this purpose by the Federal Ministry for Economic Affairs and Climate Action (BMWK), enabling it to award large-scale contracts to companies through tenders.

Quantum computers are a key technology for the future: they can carry out calculations and simulations in specific areas of application much faster than conventional supercomputers. They can be used, for instance, in the transport and energy sector, but also in basic research or to operate satellites. Quantum computers work on the basis of quantum physics. Their quantum bits (qubits) can assume the states 0 and 1 at the same time – not just one after the other, like conventional computers. This in turn makes quantum computers extremely powerful. Several DLR institutes are already working with quantum technologies. Looking ahead, there is also a great need at DLR to conduct research on and with quantum computers.

EPFL researchers have developed a light-based approach to read out superconducting circuits, overcoming the scaling-up limitations of quantum computing systems.