The automotive sector relies on a multitude of manufacturing industries. Hot stamping (i.e., hot forming or press hardening) is one of the most common processes in the race towards safer and lighter cars. It can be described as the process of transforming a thin, low-tensile-strength metal into high-strength steel through heat using a press and die set. By performing the stamping while the steel is nearly molten, the process eliminates springback and allows for the manufacture of complex geometries.

Gestamp is an international group dedicated to the design, development and manufacture of metal automotive component. They produce chassis, mechanism and body-in-white parts for the main auto manufacturers. Regarding their hot stamping output, among other things, they build bumper beam, crash box and door ring components.

When it comes to die replacement or manufacturing, hot stamping companies like Gestamp undergo the same struggles: they have to rely on early die drawings that may or may not be up to date.

Why is it a problem to rely on the original drawings? There are many people working on the implementation of stamping lines, and since the process bottleneck often resides at the design phase, the adjustments made between the CAD model of a die and the actual die used in production are now and again not recorded, not documented. Without this information, how can the die replacement process be managed efficiently? What would be a sound alternative to this process? What is the cost and timetable for the implementation of a substitute solution? Good news: 3D scanning systems and reverse engineering are game changers in industries where quality and purpose are based on meticulous precision.

A Classic Approach to Production

Let’s go through the stamping line development process at Gestamp. Just like most design-to-production workflows in manufacturing environments, hot stamping has classic steps that should work seamlessly:

Does this look like a normal process to you? It does for Gestamp. But the problem occurs after the die is in place and used in the hot stamping process, i.e., when the die needs to be replaced.

Where the Rubber Hits the Road

Among other things, the replacement of a die can result from a partial or total breakage, the end of life of the die or a considerable rise in demand which requires the manufacturing of an identical die to meet the increasing needs.

In the absence of an updated CAD model to rely on, the engineers have to use the initial design of the die to produce a new one. This ends up being a time-consuming, costly and frustrating mistake. Using the older drawings inevitably results in parts that are out of specifications, material waste and negative impacts

Since the former die is either broken or unusable by now, it is necessary to go through the whole cycle again:

We have already established that the main issue has to do with the adjustment data not being accounted for at some point in the process. This can result from several causes, although two stand out:

3D Scanning and Reverse Engineering to the Rescue

Without a doubt, the missing link in the chain is the clear, mandatory communication of updated features to the engineering department. Since even the most robust workflows are exposed to human error, the situation calls for a streamlined process enhanced by the right tools for the job.

Technical managers of stamping operations at Gestamp decided to turn things around and pursue new avenues such as 3D scanning. They added several steps to the traditional process:

For Gestamp managers, the benefits are obvious: the high-precision and portability of 3D scanners such as the HandySCAN 3D, and the availability of increasingly sophisticated reverse engineering software aimed at the process of transforming scanned surfaces into data. MPS Soluciones 3D, in collaboration with Mecánica Brañosera have all the equipment and instruments necessary in that matter.

Therefore, when a die is already adjusted to the specifications and actively producing parts, it can be scanned right on the shop floor to record and crystallize the modifications made to the former die. Instantly, an updated CAD can be made available. 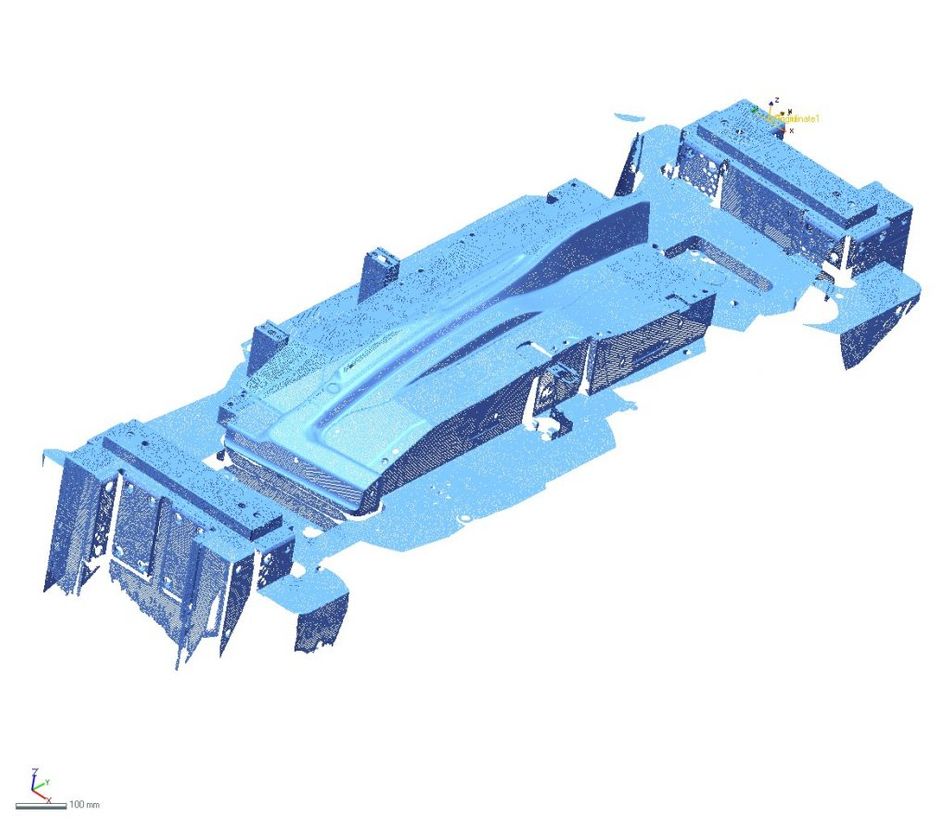 Bottom line, with the inherent accuracy of Creaform’s solution, the adjustment phase of the new dies manufactured for Gestamp is considerably shorter, if not completely removed. This means more time for the engineers to spend on value-added tasks, and less money down the sinkhole.