The Photon Battery is a new phosphor-based technology which rapidly absorbs and stores light energy for later use. The system offers very exciting potentials over chemical battery technologies: dramatically faster charging times, higher cycle life, and a nonflammable bill of materials. The invention, patented by Nimbus Engineering, Inc., comes at a time where development of alternative energy storage solutions is critical to achieving a cleaner and more sustainable future as energy generation and transportation markets transition towards pure electric power systems.

Phosphors absorb photons and store their energy in electron traps, or molecular lattice defects. These traps effectively store excited charged particles in the form of metastable electrons, which then recombine to emit photons at a later time. Light is then collected by photovoltaic cells designed to match the phosphor’s emission frequency; the system will produce useful power for a variety of electrical loads for several hours after charging.

Put simply, if we shine light on phosphor, we can store that energy within the material. Over time, this material glows and emits photons which power adjacent photovoltaic cells. The system may easily be stacked to create larger-scale batteries, or ‘buffer’ storage, which are capable of taking in high specific power bursts of (light) energy, and then more slowly reproduce dimmer light to power a system.

Photon Battery vs. Lithium-Ion: What Are The Tradeoffs?

This conceptual approach provides an efficient method of transmitting and storing light within a material without incurring the same energy losses one would experience by shining light onto photovoltaic cells to charge a cycle-limited lithium-ion battery. Additionally, typical energy storage systems only endure a few hundred full (100% depth of discharge) charge cycles before needing replacement or becoming obsolete for its intended application.

A Photon Battery can be fully charged in seconds with sufficient input power, as opposed to hours, and is capable of doing so over 1 million times without experiencing significant degradation (<1%) because of its solid-state construction. The catch? Today, phosphors are not as energy dense as state-of-the-art lithium-ion technologies and are not meant for long-term (>24 hours) storage. 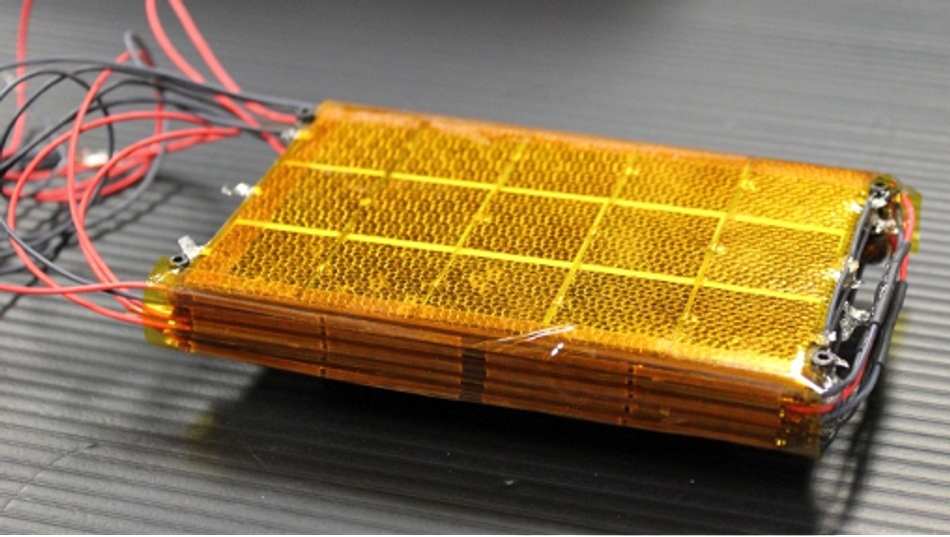 Instead, they are well-suited to function as temporary energy storage for mobile or remote applications. For example, an autonomous robot carting goods from one side of a warehouse to another could receive a [wireless] photonic charge for approximately 10 seconds and proceed to perform tasks for several minutes using the on-board Photon Battery power before receiving a subsequent photonic charge.

The obvious benefit is that this is achievable using a relatively small storage capacity that would seldom need replacing, if ever; this combination of rapid charging and high cycle life positions the Photon Battery to be uniquely valuable in the age of mobility and automation.

Nimbus Engineering offers Power Relay Technologies capable of receiving photonic energy from a distant transmitter to wirelessly power automated or remote systems. A Photon Battery may be easily integrated within these receivers, providing ‘buffer’ storage. Receiving periodic bursts of photonic energy which is immediately stored enables systems to break the optical link (or line-of-sight) to the light transmitter and proceed to perform several tasks before requiring additional energy.

Photoluminescent materials may just be the perfect optical receiver technology. And with a distributed network of Relay & Photon Battery powered systems, it will be possible to use light as a means of powering industrial scale operations: autonomous robotic systems, electric vehicles, and beyond.

Nimbus Engineering is enabling wireless power technology to take the next step into the industrial scale. This means kilowatts of power over hundreds of meters in distance. To achieve this momentous leap in performance, Nimbus is utilizing breakthrough optical technologies typically found in renewab... learn more

How to give light-capturing 'solar-cell boosters' a bright future

A new theory sheds light on a mystery that has plagued the field of solar research for years.