A team of EPFL engineers has developed a 3D-printing method that uses light to make objects out of opaque resin in a matter of seconds. Their breakthrough could have promising applications in the biomedical industry, such as to make artificial arteries.

Back in 2017, engineers at EPFL’s Laboratory of Applied Photonic Devices (LAPD), within the School of Engineering, designed a 3D printer capable of fabricating objects almost instantaneously. Now, five years later, the team has improved their printing machine and method, and can produce objects made out of opaque resin – something that was never before possible.

EPFL’s 3D printer is one of the fastest in the world. Whereas most 3D printers work by depositing a material layer by layer in a process known as additive manufacturing, the EPFL one uses a volumetric method. “We pour the resin into a container and spin it,” says Christophe Moser, a professor at LAPD. “Then we shine light on the container at different angles, causing the resin to solidify wherever the accumulated energy in the resin exceeds a given level. It’s a very precise method and can produce objects at the same resolution as existing 3D-printing techniques.” The engineers’ volumetric method can be employed for objects of just about any shape, and they decided to test it by creating a tiny Yoda. It took just 20 seconds for them to make the figurine, versus around ten minutes for a conventional additive-manufacturing process. 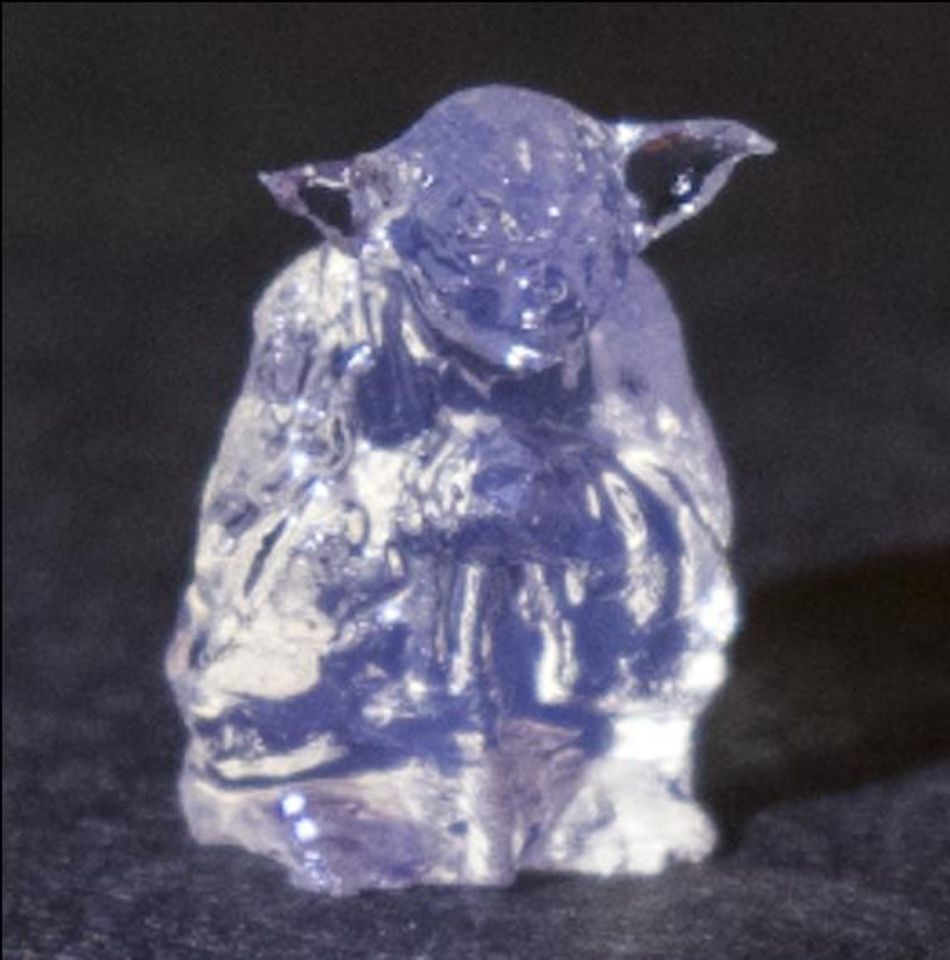 The light rays are able to solidify the resin by interacting with a photosensitive compound contained in the plastic. “Our method works only if the light passes through the resin in a straight line without being deviated,” says Antoine Boniface, a postdoc at LAPD. “Until now we’ve always used transparent resin, but we wanted to see if we could print objects in the kind of opaque resin that’s used in the biomedical industry.”

The challenge with using opaque resin in volumetric processes is that the light doesn’t propagate smoothly, making it hard to accumulate the amount of energy needed for the resin to solidify. “With opaque resin, we lost a lot of resolution in the printed object,” says Jorge Madrid-Wolff, a PhD student at LAPD. “So we tried to come up with a solution that would let us fabricate objects in this resin but without losing the advantages of our 3D printer.”

The solution that the engineers found was actually quite simple. First, they used a video camera to observe the light’s trajectory through the resin and then designed computer calculations to compensate the light-ray distortion. They programmed their printer to run these calculations and correct the light rays as the printer operates. This made sure that the amount of energy needed to solidify the resin would be reached at the desired spots. By adjusting the computer calculations, the engineers were able to print objects in opaque resin with almost the same precision as for transparent resin – an important breakthrough. 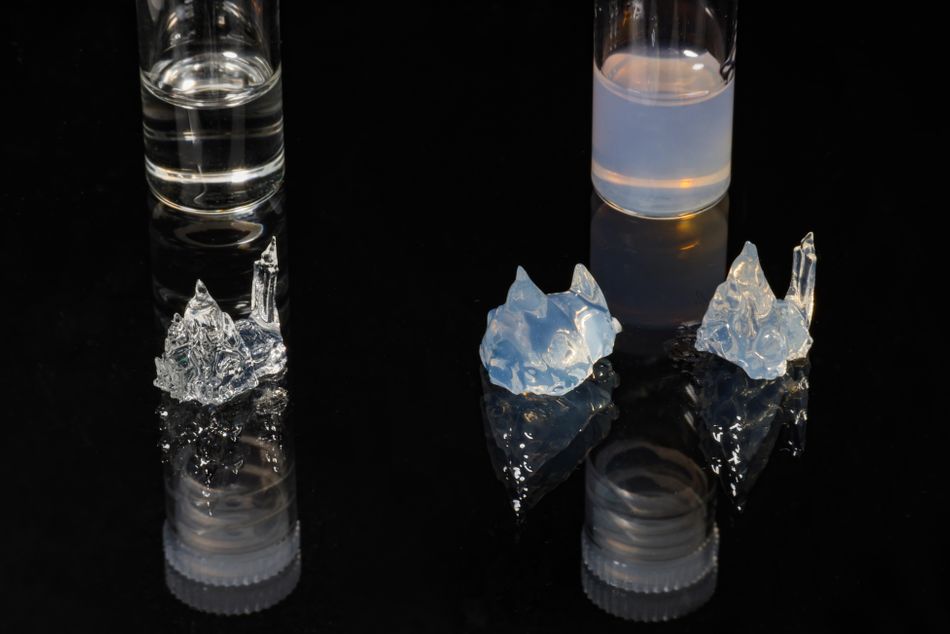 The LAPD method can be used to 3D-print biological materials, such as artificial arteries. As a next step, the engineers hope to be able to print several materials at once and increase their printer’s resolution from one-tenth of a millimeter to a micrometer. The engineers’ research has been published in Advanced Science.

Which 3D printing material should you choose?

As we look to build squishy, human-friendly machines that have the look and feel of soft natural organisms, we need to look beyond the rigid materials used to create electrical switches and circuits.