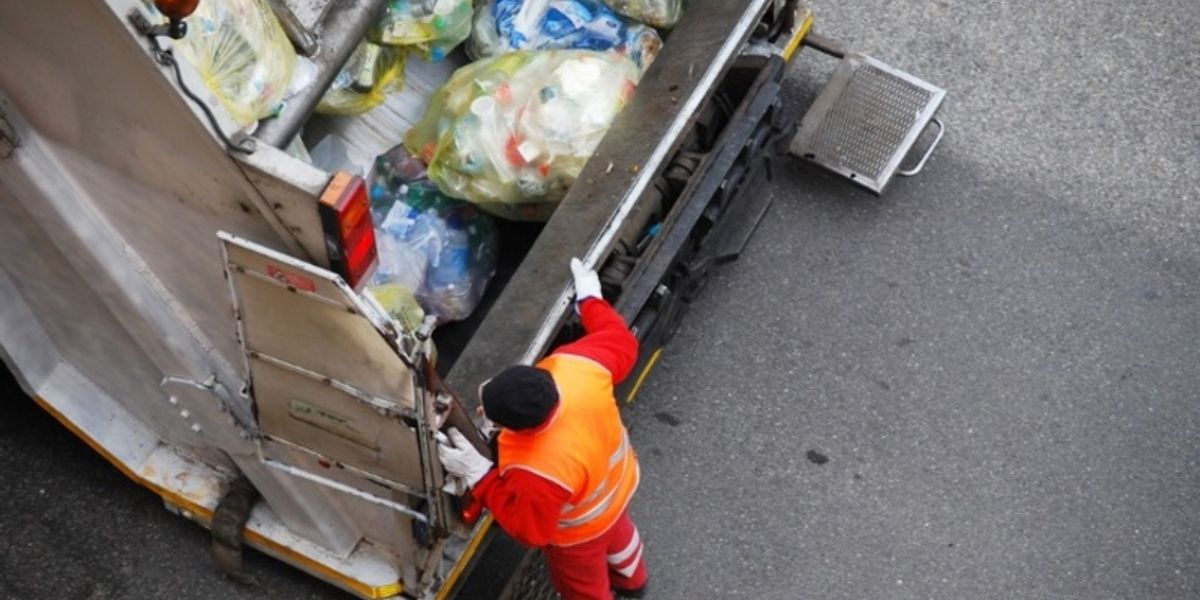 Waste collection is an essential service that municipal bodies need to perform on a regular basis. EU figures (published in 2020) show that each citizen resident in one of its member states on average generated 505kg of garbage waste each year. When applied to the entire population, that clearly constitutes a huge logistical challenge.

Traditionally collection work has been carried out in a passive rather than proactive way, with scheduled collection runs being conducted periodically. This has not been particularly efficient though, as it does not take into account whether bins are actually full at the time of collection, as there has been no way of accessing data on this. The use of IoT technology now offers the possibility that data can be acquired which will make the waste collection strategies of municipalities and private waste service providers more responsive and increase their effectiveness. Numerous smart city projects of this kind are now being undertaken.

If collections were data-driven then they could be arranged in accordance with the demands in different areas. Through getting regularly updated information on how much of a waste container’s capacity is still available, better-informed decisions may then be made about when the next collection should be made. This would make such activities more efficient - helping to reduce the costs involved, curbing the carbon emissions produced by waste collection vehicles and placing less pressure onto staffing resources.

As well as having value in terms of its immediate use, all the data compiled could form the basis of subsequent longer-term analysis. This would thereby assist with planning phases, so that it can be determined at which locations there was an over-capacity or under-capacity of bins.

Data-driven waste management calls for level sensors to be installed within the interior of all the bins being managed. The level sensing solution employed will need to be able to accurately evaluate the amount of waste in the container at that time. It must be accompanied by some form of communication mechanism, for passing acquired data back to those responsible for managing the operation.

There are several important characteristics for a waste level monitoring solution to possess if it is to meet functional expectations of this application. Firstly, given that level sensors will need to be deployed on a large scale, their unit cost must be acceptable - otherwise the financial outlay will prove too great for municipalities or services providers to undertake. As the hardware will be situated in remote locations, repair and battery replacement will be very difficult. There are two major implications of this. Ultra-low power operation is vital to prolong battery life, along with robust construction so that reliable operation can be assured (even when exposed to rough treatment or potential acts of vandalism).

There is a considerable chance that, by being inside waste containers, level sensors will be exposed to substances that could potentially damage them. These will include water, harsh chemicals, oils, fats, acids, etc. Measures must therefore be taken to prevent them posing a threat. Finally, the accuracy of these level sensors has to be assured. They must be able to deliver high quality measurement data, without changes to the climatic or operating conditions having a detrimental effect on the results obtained.

Though ultra-sonic sensing has been used in several waster sensor implementations, this approach can have serious drawbacks. The beams from ultrasound sensors are wide in comparison to narrow time of flight (ToF) beams, and can be effectively blind at close distances. It means that they are not particularly good for use in small and narrow bins/containers, as the measurement accuracy may be poor. Also, the integration of ultra-sound sensors can be problematic. If properly realised, optical methods offer superior performance, though mechanisms need to be put in place to mitigate interference from other light sources, etc.

Deciding on which wireless protocol should be used is also important. In situations where there is existing infrastructure available to support it, then using LoRaWAN may be the best choice. In others, a cellular IoT protocol (such as LTE-M or NB-IoT) will be the preferred option, as this will avoid the need for the municipality/service provider to deploy its own access points (which is likely to outweigh the licensing costs that need to be paid).

The Apollon-Q smart waste sensor solution from Sentinum is now starting to see widespread implementation in waste management operations across Europe. Straightforward plug-and-play sensor units are installed in all the bins that are assigned to be monitored. They are simple to activate, with no calibration being necessary. Data captured by the multitude of units dispersed across a given area can be examined via an intuitive web interface.

The sensor units use optical signals from multiple points to create surface approximations, so that the fullness of the waste containers’ interiors can be estimated. This means that realistic values can be calculated even when there are inhomogeneous distributions of waste. In addition, any interfering objects in the measuring field can be eliminated.

Each sensor/emitter pairing utilises an infrared (IR) signal at a frequency of 940nm. A 2.5m range is supported, allowing the sensor unit to be fitted to bins of all different sizes - from the small ones found on streets and in parks, through the medium sized ones used by households, right up to the large containers required by commercial operations and recycling depots. Inclusion of a specially designed lens helps to reduce crosstalk. This has both hydrophobic and anti-static properties that mean it can cope with the presence of moisture and dust. Versions of Apollon-Q are available that comply with NB-IoT, LTE-M1, LoRa and MIOTY wireless protocols, so that different application criteria can be met (in relation to performance, cost, ease of implementation, etc.). Once fitted, the sensor modules will keep working for 5 years on the same batteries (based on LoRa communication being used, with data being sent 3 times/day), thanks to the ultra-low power budget they require.

With dimensions of 109mm x 54mm x 33mm, Apollon-Q presents a compact solution that is easy to implement into bins of any size format (as very little space is taken up). Since the unit weighs only 160g, it does not add significantly to the overall weight of a loaded bin (so the effort needed by operatives to move/unload the bin remains much the same). The 67-rated enclosure in which the sensor unit is housed prevents liquid ingress occurring. It exhibits resilience to a broad array of different chemical substances, meaning there is no risk of impairment to the sensor unit’s constituent components. An operating temperature range of -30°C to +75°C is supported. Likewise, humidity levels from 5% to 99% can be dealt with.

The cost of these units is not prohibitive, so the investment needed to apply smart waste management throughout a town or city is not too great, and the return on investment can be seen quickly. In situations where the costs involved need to be further reduced, Sentinum’s Apollon-Q devices are complemented by the company’s Apollon-Zeta series, which is capable of offering good performance but at a lower price tag. In addition to the hardware, Sentinum can provide data management software and cloud services to customers - resulting in a complete end-to-end solution. 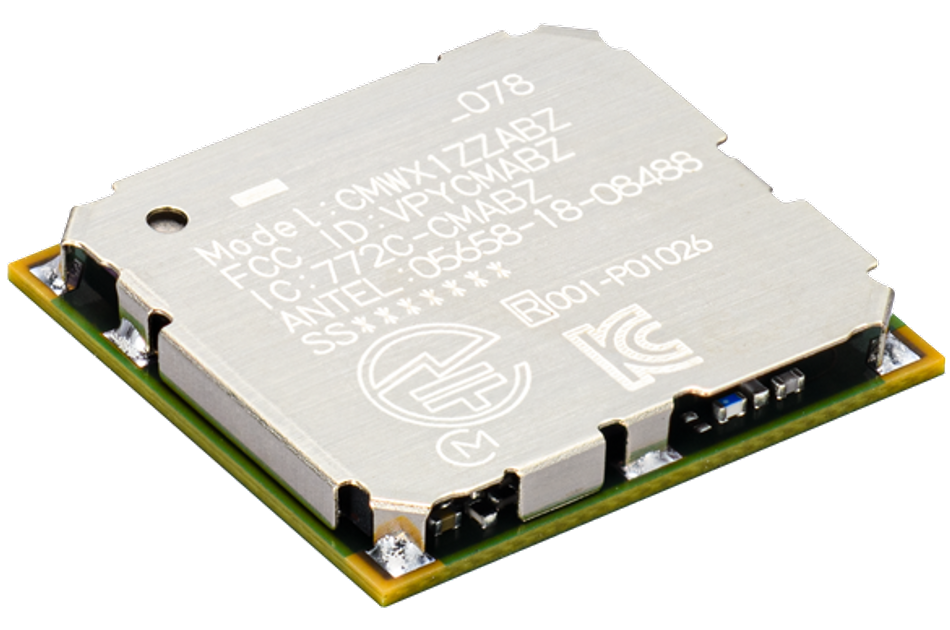 Clearly central to the development of the Apollon smart waste sensor products is the wireless technology that has been incorporated. Having already built a strong relationship with Murata through other ventures, Sentinum looked to once again specify its RF modules. After consultation between the companies’ engineering teams, the relevant modules were selected and sampling began soon after. The Murata ABZ module was specified for the Apollon-Q LoRa, while the NB-IoT version of Apollon-Q was chosen for the 1SC module. For Apollon-Zeta LoRa, it was decided that the 1SJ would be used.

Murata offers highly-advanced modules for low power wide area (LPWA) applications, and these are playing a key role in making IoT technology more pervasive - addressing smart city, industrial, environment monitoring, smart agriculture and wearable medical use cases.   Covering a broad range of different communication protocols, they deliver a compelling combination of high performance and cost-effectiveness. Their compact form factors facilitate system integration, while they exhibit the ruggedness needed to withstand ongoing vibrations, heavy shocks and extreme temperatures. High levels of functionality built in keep the bill-of-materials down and shorten development times. The Sentinum smart waste sensors are an example of where Murata is enabling real differentiation in electronic designs, even when subject to acute operational constraints.

Figure 2: Data from the smart waste sensors being accessed through a web interface for route planning

Sentinum’s smart waste sensor technology has already shown that it can make a real difference to municipalities. Figures compiled from customer implementations indicate that over 8 hours per day can be taken off the time needed to undertake a collection in even a relatively small city area. That means that staff costs and the carbon emissions produced by garbage trucks can both be reduced. More deployment projects, featuring Murata wireless modules, are now underway.

About the sponsor: Murata

Murata is a global solution provider and the market leader in the design, manufacture, and supply of advanced, leading-edge electronic components, and multi-functional modules. Murata contributes to the advancement of society and the electronics industry, in close cooperation with its customers and other stakeholders. Their European HQ is based in the Netherlands. How to reduce power consumption in MPUs while running ML models

How to reduce power consumption in MPUs while running ML models

ML at the edge is the main target in many IoT applications today. Learn why it is important to build energy-efficient embedded devices, and how to achieve it using cutting-edge technologies.

Scientists from ITMO University have used liquid metal and agarose hydrogel to design miniature resistors, capacitors, diodes, and memristors that can be embedded in artificial organs to allow the nervous system to control these implants.