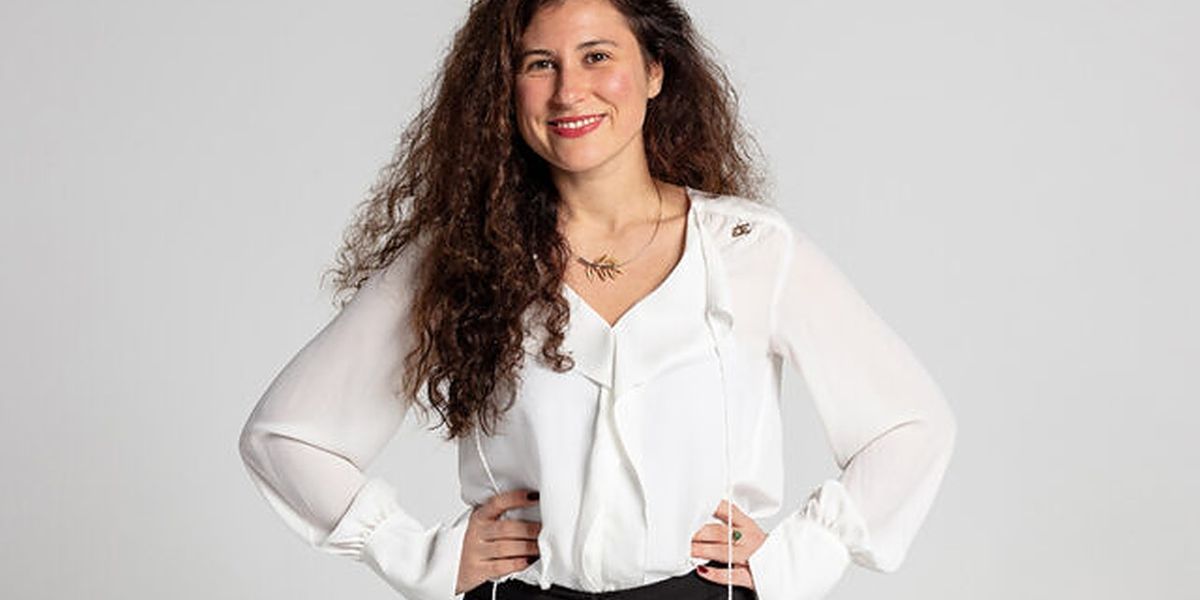 As an Inspiring 50 award-winner and startup founder, Greek-Albanian Sophia-Eriola Shanko is a first-time entrepreneur. She has a BSc in Control Systems Engineering, graduating in a classroom with two girls and 100 boys. She pursued a fully EU-funded MSc on Semiconductors and obtained her Ph.D. at TU Eindhoven.

As an Inspiring 50 award-winner and startup founder, Greek-Albanian Sophia-Eriola Shanko is a first-time entrepreneur. She has a BSc in Control Systems Engineering, graduating in a classroom with two girls and 100 boys. She pursued a fully EU-funded MSc on Semiconductors and obtained her Ph.D. at TU Eindhoven. She quickly understood that she wanted to use her math-loving brain to bring necessary solutions to the healthcare world. Her company, ShanX Medtech, is recognized internationally as a promising startup in the field of antibiotic resistance.

Sophia was first interested in MedTech in 2008 when her mother was hospitalized for a routine heart valve surgery. She contracted an infection that could not be properly detected and treated during her stay. In the process, she went through terribly painful procedures, which traumatized her and the whole family. The episode with her mother awoke Sophia's wish to dedicate her career to healthcare the way she knew best: as an engineer.

Eventually, she was offered a scholarship at a Swiss university, where she conducted her master's thesis on an antibiotic susceptibility testing device. It was when the problem with antibiotic administration and antimicrobial resistance came to her attention. It all became clear why antibiotic treatments had not been effective for her mother. Moreover, it was evident that it was not just a local hospital incident but a global issue. 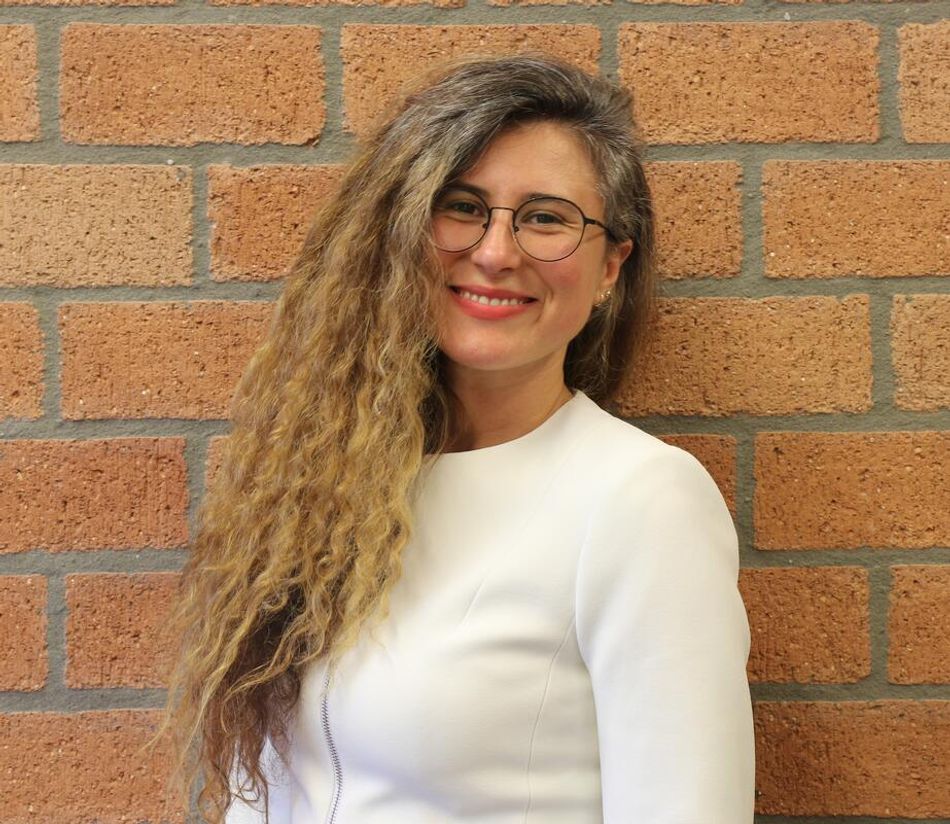 The rise of ShanX Medtech

In April 2019, Sophia founded her company, ShanX Medtech. According to her, "a one-size-fits-all approach does not apply to antibiotic care. It only made sense to me that an antibiotic efficiency testing device should exist to tailor antibiotic administration to each patient's needs." Having the necessary technical background to do so, she decided to build one herself.

Like many entrepreneurs, Sophia invested all her savings in the pursuit of validating her concept and went after funding. Since that requires a bank account and a company, she established a BV with just an idea. This all happened in the middle of her Ph.D.: "For me, finishing what I had committed to was important," she says. She worked on both projects simultaneously, focusing on her Ph.D. during the day, with the company consuming all of her free time.

It was also difficult to find team members to move the enterprise forward because she didn't have funds for personnel. Still, she needed highly skilled people to undertake such a research project. In early 2020, one microbiologist embraced the venture for free. However, he also had a Ph.D. to finish—a double challenge for the pair of entrepreneurs.
For the past two years, while developing their product and business, they've applied for several grants, obtaining many of those. That has allowed them to continue their research, which was recognized as one of the most promising Deep Tech projects in 2021 by Hello Tomorrow.

Fighting antibiotics resistance at the source

ShanX develops antibiotic efficiency testing devices. When a patient complains about abdominal pain or pain during urination, doctors' first suspicions fall on urinary tract infections (UTIs). However, the broad-spectrum antibiotics prescribed in those cases are frequently not effective. As a result, patients return for a second treatment. This leads to overprescription and unnecessary exposure to antibiotics' adverse effects. Furthermore, it increases the chances of an infection becoming increasingly difficult to treat.

Current tools advising on antibiotic efficiency exist, but they have a long turnaround time of over two days. The concept introduced by ShanX Medtech decentralizes these tests by placing the device at the doctor's premises, thereby enabling same-day, evidence-based, and personalized antibiotic care. Sophia explains that they have built their own team of physicians who see that the application adds much value to their daily work as they can treat their patients better and faster.

"Being a Deep Tech venture, a large experimental/developmental phase is involved. If everything goes according to plan, we expect that by 2025, the device will be available in doctors' offices," she predicts. Moreover, Sophia says that the solution might also be helpful to other types of bacterial infections: "We started with and are focusing on UTIs for now. But we know that we can apply that same technology for other indications– we just need time and resources to work on it."

Diversity as a core value

Sophia describes herself as a strong advocate for diversity in all dimensions the word might have. According to her, many studies highlight the added value of a diverse team since a broader pool of opinions can be brought to the table: "And you need that, especially in the creative design phase of a solution," she argues. However, there's still much to be done for diversity to be truly embraced as an asset. For Sophia, it all starts with being aware of our biases. "I believe that some of the challenges I have encountered in my entrepreneurial journey may have been associated with my gender. For me, it has been straightforward to overcome them by finding alternatives and being fueled by my purpose. However, I understand that they may be disheartening for some and, therefore, hindering points for many to take a risk and make a difference in the world. Furthermore, I see that as a society, we are missing out on the immense potential for innovation due to subconscious biases," she declares. 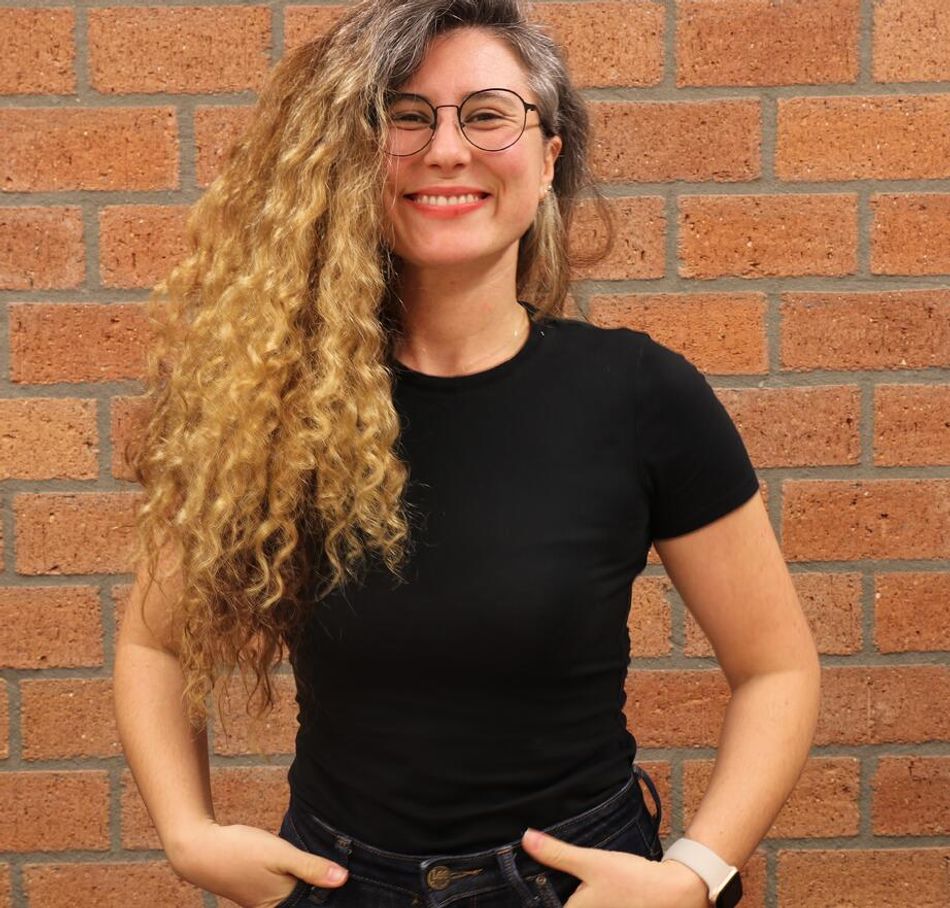 Sophia believes that diversity should be seen as crucial for businesses. According to her, a team composed solely of like-minded people will have many more unnoticed blind spots than those whose team members challenge each other, with everyone bringing a unique feature to the group. As she exemplifies, "think of an intervention like ours: women are more likely to be affected by UTIs due to their anatomy. That's one kind of input we must consider when developing our innovation."

When looking to expand their two-people team, Sophia says the thought of finding ways to encourage a diverse pool of candidates to apply is a concern. She suggests that practices such as keeping positions open for at least six weeks are ways to ensure more (and more diverse) people will get in contact with and have a chance to apply to it. She also believes that blind CV selection is another way of promoting diversity in any hiring process: no name, picture, or any unnecessary details that might influence the filtering process should be left out of the first evaluation, which should be purely based on qualifications. As a startup, however, that's not always possible, as timelines and deliverables are tight. Nevertheless, Sophia says that what is important to her is that "everyone has a chance in applying for a position to join our team, and everyone fitting has a chance to interview."

An award-winning project from a daring entrepreneur

Sophia and ShanX Medtech were among the winners of the Inspiring 50 award in 2021. A big surprise for the female entrepreneur who nominated herself. For her, being among all those inspiring women who have done remarkable things was "one heck of a surprise." She describes the experience as" truly eye-opening" as she reflects on its meaning for her: "It made me understand that it's not just about me but also about what I represent; how people perceive me and the effect I might have on them. And if we are going to have an effect on other people, let's make it a positive one," she says. For Sophia, the award was an affirmation that there are people who have been positively impacted by her work.

Sophia is straightforward when asked about the best piece of advice she's ever received: "All you have to do is ask." She explains it sounds simple, but it has greatly helped her throughout her career. She says she has always received help from whomever she asked for it, no matter how much or how little she knew them. "I have not come across a person telling me 'no.' As long as you can structure your request properly and effectively communicate it, all you have to do is ask. You're already missing out if you don't even try," she concludes.

Emultech: Building the foundations of a global biotech innovator at High Te...

Article 3 in our PCB design series: Quickly finding relevant and available components was essential to achieving this ambitious life-saving project.

MIT-Commonwealth Fusion Systems demonstration of new superconducting cable is a key step on the high-field path to compact fusion.