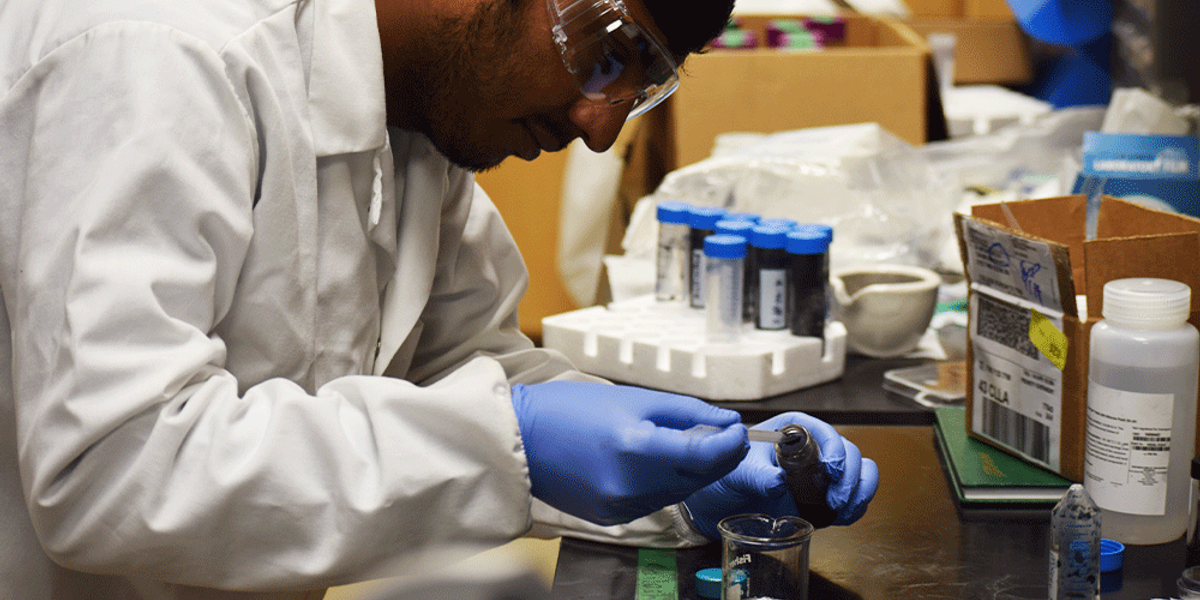 Researchers at Texas A&M University and ExxonMobil are developing a method to reprocess petroleum coke — a byproduct of refining crude oil — into a sustainable, high-value alternative.

Researchers at Texas A&M University and ExxonMobil are developing a method to reprocess petroleum coke — a byproduct of refining crude oil — into a sustainable, high-value alternative. Using a chemical process called electrochemical exfoliation, they have converted petroleum coke into graphene, a nanomaterial with applications in electronics, medicine and energy storage.

This study was published in NPJ 2D Materials and Applications.

Crude oil is a mixture of many different hydrocarbons, with light portions going to natural gas while the heaviest portions form viscous or even solid materials. One of the many products that comes from refining crude oil is solid petroleum coke.

Although there are many ways to utilize petroleum coke, such as electrodes for steel and aluminum production, this process releases harmful carbon emissions. For this reason, the industry is looking for low-emissions, high-value materials that can be derived from crude oil.

A possible solution is repurposing the carbon-rich petroleum coke to generate graphene, a versatile sheet-like material composed of a single layer of carbon atoms. Conventionally, graphene is exfoliated from graphite. The researchers investigated whether any chemical processes would facilitate graphene production from fossil fuel-derived materials.

“We know that petroleum coke contains graphene-like materials,” said Dr. Micah Green, professor in the Artie McFerrin Department of Chemical Engineering at Texas A&M. “Our challenge was to isolate the graphene from the starting material.”

To accomplish this task, the researchers turned to electrochemistry. They placed coke into an electrolyte solution with a working electrode and a counter electrode. When they applied voltage to the working electrode, the ionic species or negative ions from the electrolyte migrated in between the graphene sheets in a process called intercalation.

“Think of the coke as a book and the graphene as each individual sheet of paper,” said Green. “When the book is laid flat on its spine, the pages fan out and have more gaps between them. The process of electrochemical exfoliation is similar.”

With these findings, graphene applications that have been in development for years could come to fruition.

“The future of nanomaterial scaleup is directly tied to existing streams in the petrochemical industry, and I anticipate many more cases where petroleum-derived chemicals are converted to high-value carbon materials like graphene,” said Green.

EPFL has recently brought an innovative heating plant online and will soon connect it to a large data center. The plant will help the Ecublens campus optimize how it generates and consumes energy, with the goal of achieving carbon neutrality.

In this episode, we talk about how a shift in perspective regarding wind farm power production led to a model that can increase global output by 5% and a much overdue redesign of turbine blades for hydroelectric power dams that’ll enable sustainable power production.