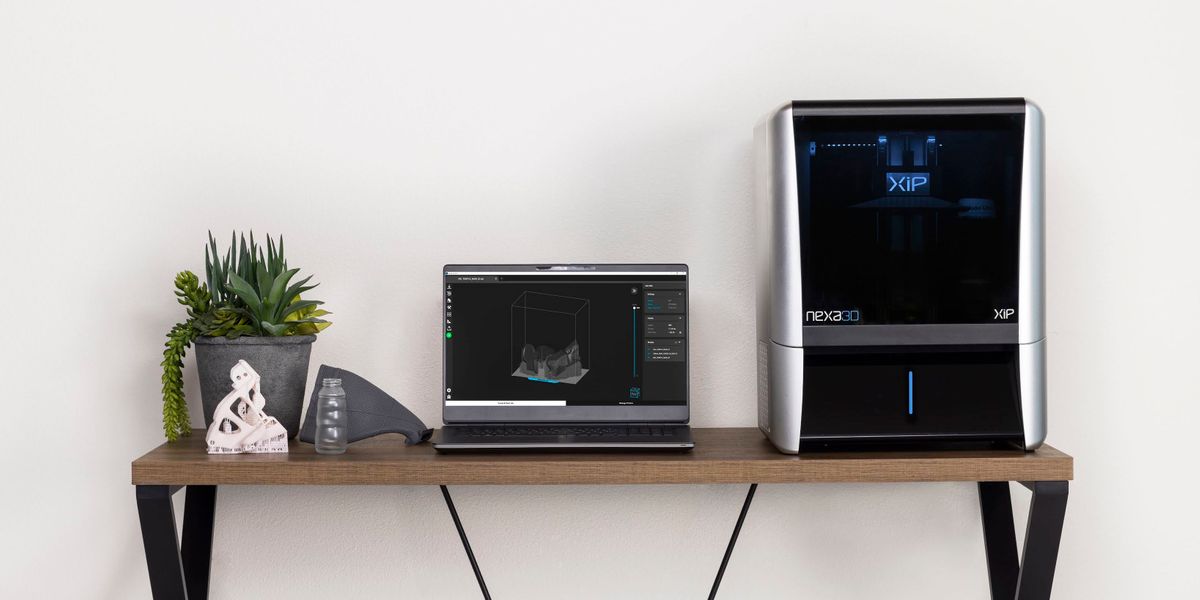 Looking to get started with your first 3D printer? Get to know the main differences between the two most popular technologies - Resin 3D printers and Filament 3D printers.

If you want to buy a 3D printer for professional use, you must make an important decision. Choosing between a resin 3D printer and a filament 3D printer. Both printers are ideal for enthusiasts and hobbyists and understanding the advantages and disadvantages of these printers will help you make a well-informed purchasing decision.

So, we’ve curated this article specifically to assist you in making your decision between the resin 3D printer and the filament 3D printer. 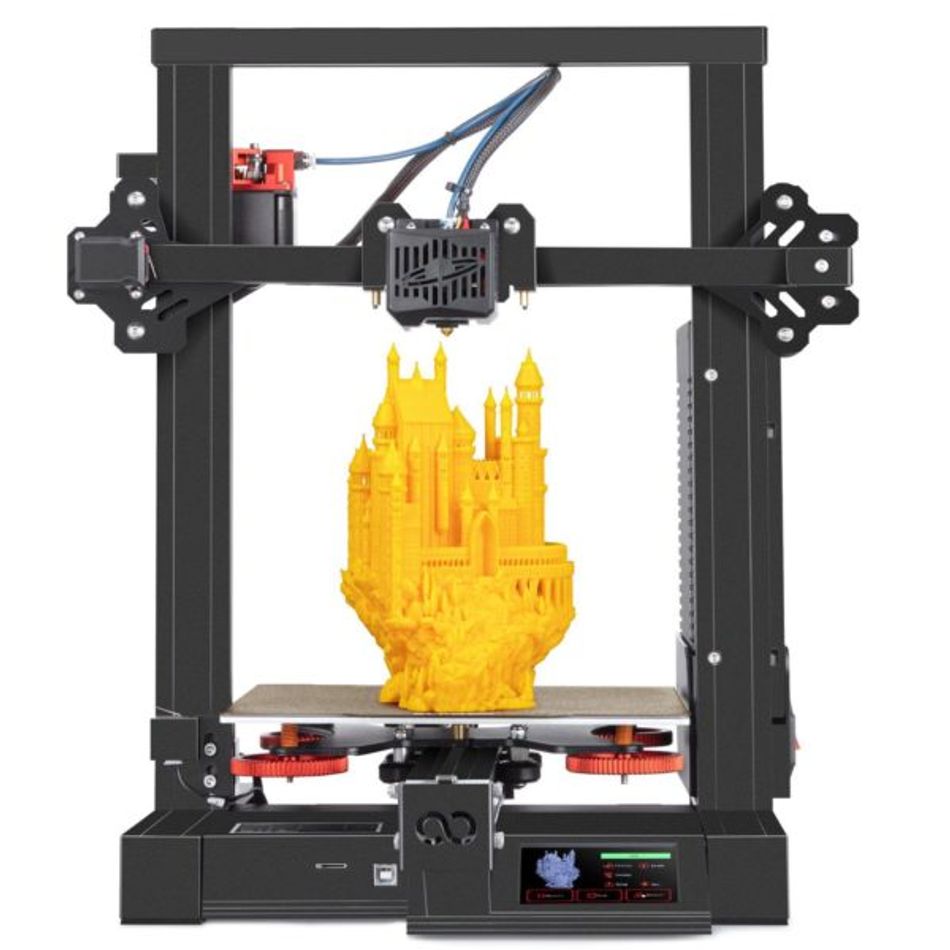 Filament 3D printing is essentially fused deposition modeling (FDM) technology (and also sometimes referred to as FFF). In this technology, a solid polymer filament is fed into an extruder assembly from where it is driven by a motor through a thermal core. The material is heated close to its melting point before being extruded onto a build plate through a nozzle. This melted material is deposited layer-by-layer until the entire object is formed.

Filament 3D printing is one of the world’s most popular and widely used technologies. Basic DIY and desktop versions are the least expensive of all 3D printing technologies, but high end industrial FDM 3D printers can cost tens of thousands of dollars. The consumables also are now widely available in most countries and material is inexpensive thus allowing its wide proliferation. Some of the popular materials include ABS, PLA, PETG, PVA, HIPS, TPU and more. According to ASTM, resin 3D printing falls under the vat photopolymerization category of 3D printers. These printers use liquid resin material that cures (hardens) when exposed to a UV light source. Like a filament 3D printer, a resin 3D printer can range from hobbyist to industrial depending on factors such as build quality, proprietary technologies, throughput and more.  The products produced by these 3D printers have better surface finishes, better accuracy, and precision, print faster than filament printers, and now thanks to a major advancement in chemicals, print materials that can perform as well or better than their FDM counterpart polymers.

Because of these benefits, resin 3D printers have grown in popularity and are now as popular (if not more popular) than filament 3D printers. 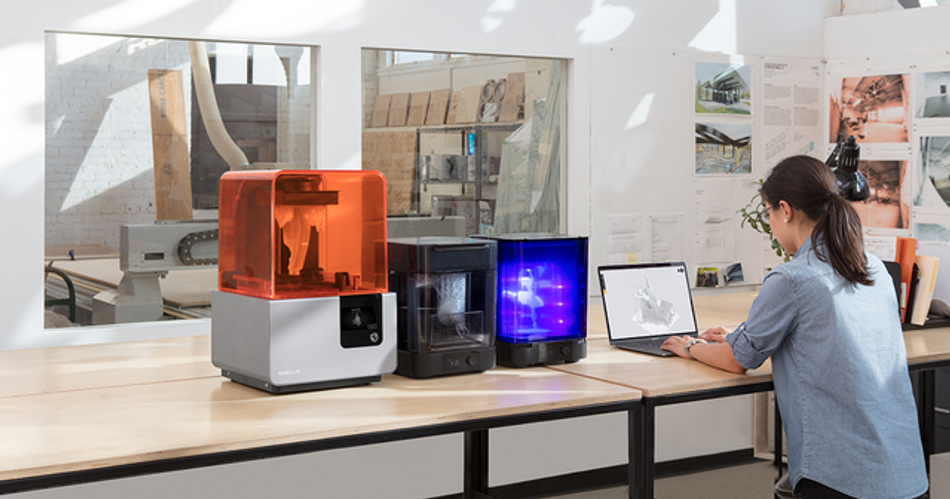 Stereolithography, or SLA, has the distinction of being the first 3D printing technology. Charles Hull, an American engineer, invented it in 1986 and later commercialized this first-generation technology through his company, 3D Systems.

In an SLA 3D printer, a liquid resin material is held in a vat which is exposed to a laser source reflected onto the resin using a set of mirrors or galvanometers. The thermosetting polymer resin, cures on exposure to the laser in a point-to-point sequence. The laser traces the entire cross-section of the geometry to complete one layer. This process continues until the entire object is printed.

A major drawback of SLA technology is that it uses a laser, which is a point source, it has to trace individual points slowing down the printing speed. 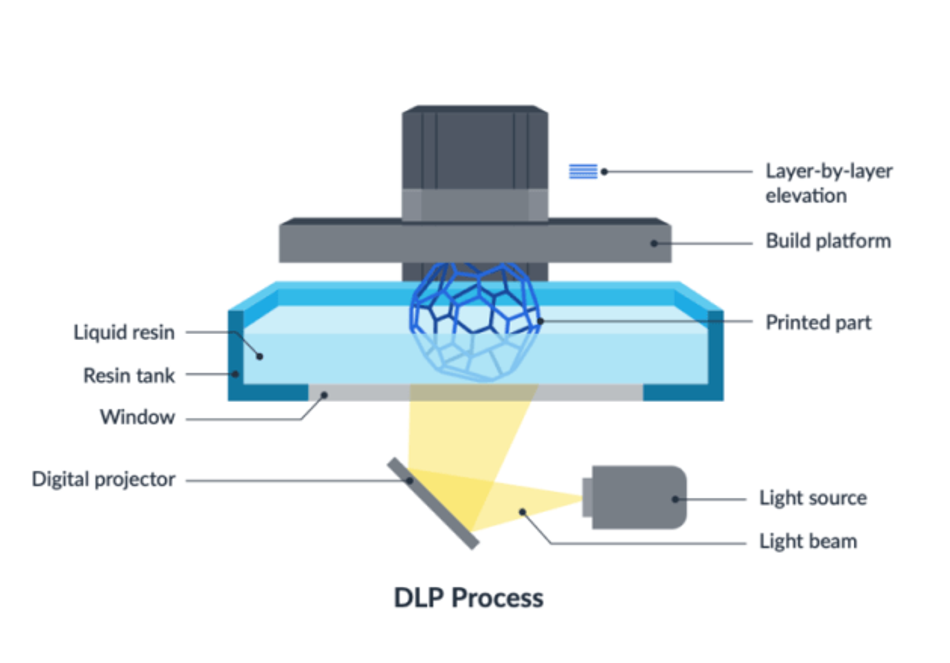 Digital Light Processing or DLP is a 3D printing technology that falls under the Vat Photopolymerisation category (as defined by ASTM). This is a second-generation resin 3D printer and was developed to solve a major drawback of the SLA printers, printing speed.

DLP 3D printers replace the laser source of SLA with a light projector. The projector flashes an image of an entire cross-section thus printing an entire layer at once. This enables faster printing speeds and represents a major upgrade over traditional SLA printers.

Carbon DLS™ (Digital Light Synthesis) technology is a popular and patented variant of DLP printing. This technology operates by continuously projecting a series of UV images generated by a digital light projector through an oxygen-permeable, UV transparent window located beneath the vat. This window allows a small amount of oxygen to pass through it. This results in forming a ‘dead zone.’ This dead zone enables all of the unique benefits provided by this technology, such as fast print speeds, high-quality surface finish, and high-performance parts. Masked Stereolithography, or mSLA, is a third-generation resin 3D printer and a further evolution of SLA and DLP technologies. With mSLA the light source is an LED array rather than a laser or a single projection point. This LED array projects light through an LCD screen, which masks the necessary pixels while printing and allows only the necessary pixels to pass light. As a result, curing occurs only in the unmasked section.

Some limitations of these mSLA printers include the fact that they only work for bottom-up printers and that the light source must be powerful enough to pass through the LCD screen and cure the resin. This high power degrades the LCD screen, which must be replaced on a regular basis and becomes a consumable. 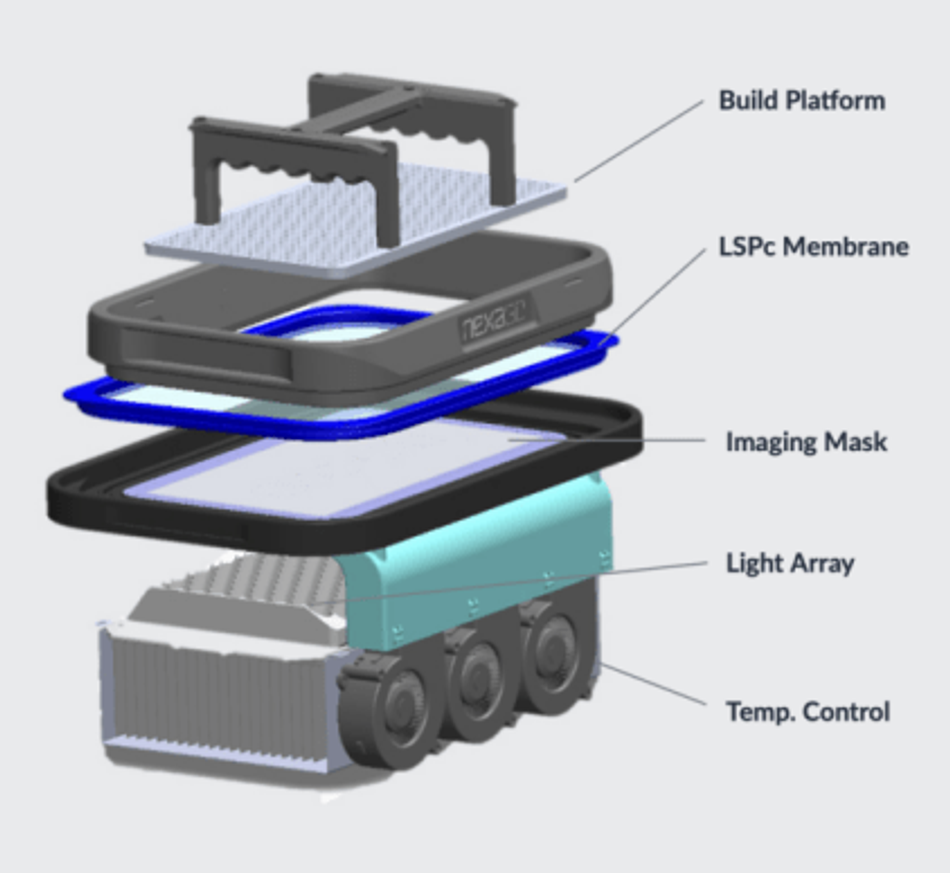 Nexa3D’s Lubricant Sublayer Photo-curing (LSPc) technology is a patented variant of the mSLA resin 3D printer. A combination of UV light array and LSPc Optical lens layer ensures light uniformity in this process, which is critical for optimal use of our LCPc High Contrast Mask.

The LSPc HC Mask is in charge of projecting 3D image slices onto the vat where the photopolymerization process is taking place layer bylayer. This combination also ensures high edge-to-edge performance with no distortion as in the case of DLP printers.

The proprietary LSPc membrane creates a no-stick zone between the printed part and the vat. This is essential to ensure the swiftness of the printing process and is the reason why Nexa3D’s Lubricant Sublayer Photo-curing technology is known for its class-leading speeds.

Benefits of a Resin 3D Printer over a Filament 3D Printer

There are several advantages that the resin 3D printer has over a filament 3D printer as you can see listed below: Filament 3D printing has two major disadvantages. For starters, the product has layer lines that are much more visible. While they can be post-processed, it may affect the final dimensions of the printed part. Second, most desktop 3D printers cannot print parts smaller than 100 microns (and more commonly they stick to 200 microns for best reliability). This means that tiny features smaller than 100 microns (or 200 in even more cases) are not printed onto the part. That’s amplified even further in the XY axis where the minimum resolution is the extruder nozzle which is most commonly 400 microns.

Both of these drawbacks have an impact on print quality as the part may miss out on key features affecting its aesthetics or performance.

The resin 3D printer, on the other hand, has significant advantages over filament 3D printers in terms of print quality. They are capable of printing at resolutions as low as 10 microns – meaning that a resin 3D printer can print very fine features, reducing the need for post-processing and increasing achievable part complexity and detail. Furthermore, high resolution results in a smooth surface finish. This opens up resin 3D printing technology to a broader range of applications such as investment casting, mold making, and inserts.

All 3D printers can speed up the process of building one-off parts compared with traditional manufacturing methods, however, individual print projects can run for days on end. In general filament 3D printers are going to be some of the slowest since they need to physically move the extruder around to draw the entire part. SLA 3D printers are a bit faster but still need to draw an entire part with a laser dot.

The main evolution to DLP and now mSLA has allowed for whole build plate of parts to be printed in the same time it might take to print a single part thanks to the full image being “projected” onto the resin in UV light and not needing to draw it out.

Taking it one step further – technologies from Carbon 3D (CLIP™) and Nexa3D (LSPc™) have enabled even faster printing through the development of proprietary technologies that allow layers to cure and advance even faster. Filament 3D printers use a variety of thermoplastic filaments, including ABS, PLA with their various blends and a plethora of color options. There are also various experimental plastic filament blends available for creating parts with wood-fill, metal-fill, or glow in the dark.

Engineering materials such as Nylon, PETG, PA, or TPU, as well as high-performance thermoplastics such as PEEK or PEI, are also available, but are frequently limited to specific professional FDM printers that support them. Over 30 materials are available for Nexa3D resin 3D printers including engineering photopolymers like xPEEK, xABS, and xPP.A resin 3D printer can have a wider range of material formulations with a variety of properties: they can be soft or hard, heavily filled with additives such as glass and ceramic, or endowed with mechanical properties such as high heat deflection temperature or impact resistance. Various resin formulations have optical, mechanical, and thermal properties that are comparable to standard, engineering, and industrial thermoplastics.

There are a few factors that affect dimensional accuracy of a 3D printed part whether you’re using a filament 3D printer or a resin 3D printer. Build quality, material, print orientation, and environmental factors can all affect the final part.

In general, a resin 3D printer has the ability to be more precise because the laser or pixel resolution or the printer and the layer height can both be more finely adjusted. That said, SLA and DLP printers can both be impacted by projection angles where the beam or pixels become distorted (think of an oval instead of a circle). mSLA printers solve this thanks to a full LED light array that projects light straight upward across the entire build plate. This working sample print of a syringe shows the tight tolerances and cylindricity possible on the XiP resin 3D printer using LSPc.

Now that you have a better understanding of both the technologies and the printers, you will be in a much better position to make a purchasing decision. While filament 3D printers may offer some specific polymer and composite material options, a resin 3D printer will have superior print quality, speed, and accuracy – and even the resin options have seen massive growth in the last few years meaning that the properties of prized polymers like ABS and PEEK are available with the all the benefits of resin 3D printers. While some users may choose one technology or another – others will have both options available in their workshop so they are ready no matter what the job calls for.

Accelerating the NPD with 3D Printing

3D Printed Injection Molding for Anyone?

Find out how tree supports can help you use less material while being easier to remove and leaving your model with little to no scarring.

Ultimaker Cura 4.12 beta is here. And it’s packed with quality improvements for print profiles that increase first-time-right results and provide a polished experience – especially if you are using the Ultimaker platform.