As one of the most durable low-cost filaments, ABS is an essential material for most 3D printer users. But it can’t be printed too fast, or parts will suffer from warping.

Of the top FDM 3D printing filaments, ABS and PLA are the frontrunners, closely followed by PETG, as they have been for many years. PLA is popular because it is environmentally friendly and can be printed at low temperatures — making it usable even with cheap 3D printers — while ABS outperforms PLA in terms of durability and impact resistance.

One other major difference between ABS and PLA is the maximum print speed. While PLA can feasibly be printed at around 150 mm/s, ABS requires a more gentle approach, generally working best up to around 60 mm/s. But why is this? And what other print speed settings do we need to consider when printing ABS parts?

This article goes over the basics of ABS printing speed considerations, including print speed, travel speed, and other settings, in addition to alternative ways you can reduce the overall printing time for ABS parts.

ABS, which stands for acrylonitrile butadiene styrene, is a thermoplastic polymer that happens to make an excellent 3D printing filament. In pellet form, it is also widely used in the injection molding industry.

Desirable characteristics of ABS include heat resistance, impact resistance, durability, stiffness, and lightness. It is also easy to machine, which is useful for parts that require extra finishing procedures after printing. On the other hand, it is more difficult to print than PLA and more toxic, emitting an unpleasant smell when it is printed. When ABS is melted, multiple volatile organic compounds are produced that are not produced during the melting of other common thermoplastics.[1]

Because of its strength and durability, ABS is used for everyday parts like car dashboards and LEGO bricks, though these parts are typically made via injection molding. As a 3D printing material, it is more commonly used for prototyping. 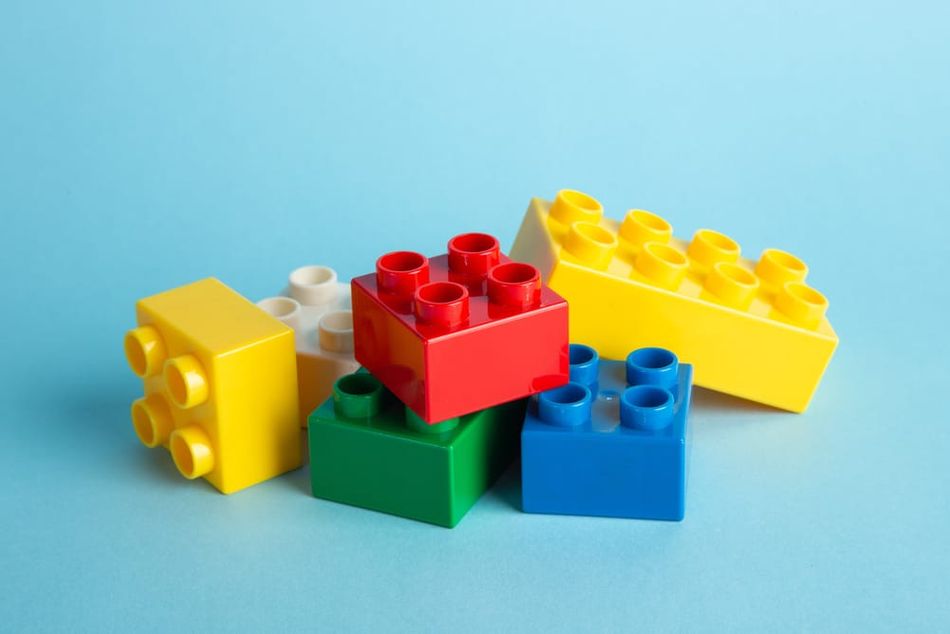 Here we look at the best print speed settings for ABS in terms of overall printing speed, initial layer speed, and travel speed.

On the whole, printing at a moderate speed is a good way to ensure high print quality on printed parts, regardless of the filament type. However, ABS is particularly suited to slow printing as it can suffer from defects like warping if printed too fast. As a rule, ABS prints best without the use of a cooling fan, but the lack of fan cooling means the extruded plastic needs longer to cool down on its own.

Print speed should be kept slow-to-moderate to guarantee proper layer adhesion and prevent the possibility of warping as the printed sections cool down. Users may also specify a slightly slower print speed for the outer shells and top layers (~40 mm/s) than for infill (~60 mm/s), as imperfections are less critical on the inside of the part.

In order to ensure that the ABS filament adheres properly to the print bed, it is best to use a slightly slower print speed for the bottom layers before accelerating to the regular print speed for the rest of the part. In slicers like Cura, you can select the number of layers to which this slowed-down speed should apply; a suitable value here would be about 5 layers.

In addition to printing slowly for the first few layers, another way to improve first layer adhesion is to use a heated bed with a bed temperature of 95–110 °C.

The speed of travel — how fast the print head moves when the extruder is not pushing through filament — can be much faster than the print speed, but is limited by the printer hardware. Faster travel speeds can help prevent issues like oozing and stringing, though ABS is not especially vulnerable to such issues.

That being said, users may find it helpful to use a fairly fast travel speed to compensate for the slow-to-moderate printing speed.

3D printing speed, the speed at which the printhead moves along the X and Y axes on each layer, is an important parameter for any build, but it can be especially important when printing ABS. This section looks at how print speed affects ABS parts beyond simply reducing print time.

Printing speed affects the quality — visual and, to some extent, mechanical — of a printed ABS part. On the whole, higher speeds can lead to a greater number of imperfections, especially at points where the printhead must change direction, so lower speeds can result in high-quality, visually appealing parts.

That being said, part quality will not necessarily improve by lowering the print speed well below the recommended range; in fact, going too slow can lead to problems of its own, such as poor bridging.

FDM printer users need to strike the right balance between print speed and print quality. Most users would accept a few minor imperfections in order to boost their print speed, though the acceptability of the tradeoff would also depend on the ABS parts in question (for example, whether they are prototypes or final parts).

Another consideration here is the quality of the 3D printer itself. Low-cost 3D printers are more likely to produce imperfections at high speeds than high-quality printers, as they produce more vibrations during movement. Owners of mid-level machines may therefore find they can easily print high-quality ABS parts at 60 mm/s, while owners of budget machines may find themselves limited to around 40 mm/s if they want to prevent imperfections.

One of the most common defects associated with faster print speeds is ringing, sometimes referred to as ghosting or rippling.

Ringing occurs when the printer produces excessive vibrations or jerky movements, which are more common when the printhead is moving at rapid speeds. This excess movement can cause layers to be printed out of alignment, which results in a wavy or rippled effect on the outer walls of parts.

Print speed affects layer adhesion, both between the first layer and the build plate (bed adhesion) and between subsequent layers (interlayer bonding). By printing the bottom layers of ABS parts at a reduced speed, the print is less likely to curl up at the edges and detach itself from the print bed.

Throughout the print, slower printing can improve bonding between layers, which leads to improved part strength. Slower printing helps in this regard because the hotend has more time to heat up the ABS to the right temperature (around 220–250 °C) to let it melt, and more time for one layer to bond to the next.

Poor interlayer bonding can also be caused by high fan speeds, but the fan should be off or set to a low speed by default when printing ABS.

With ABS and other materials, print speed has an impact on material flow. If the nozzle wants to push out more filament, it needs the extruder to melt filament faster and feed it to the hotend more quickly. The proper flow rate is calculated by the slicer.

In practice, however, the hotend is not always able to melt the material at a fast enough rate to keep up with the filament feed rate. As such, the ABS material ends up being extruded at a slightly cooler temperature.

This flow issue can lead to issues like under-extrusion, which manifests itself as gaps in the printed parts, thin or missing layers, and weakness throughout the parts.

Recommended reading: How to fix under extrusion: Maintenance and print settings

What if I want to print faster?

Because of its proneness to warping, ABS cannot be printed at fast print speeds. However, there are other ways to reduce the overall print time for your ABS parts.

Use a larger nozzle size

If you like printing with ABS but you don’t like having to wait hours for your parts to finish printing, one option is to use a larger nozzle size. While this will limit the XY resolution of your ABS prints, it allows for more material to be pass through the nozzle, enabling parts to be printed faster. For example, using a 0.6 mm nozzle can cut print times in half when compared to a 0.4 mm nozzle, with only a minor difference in resolution. 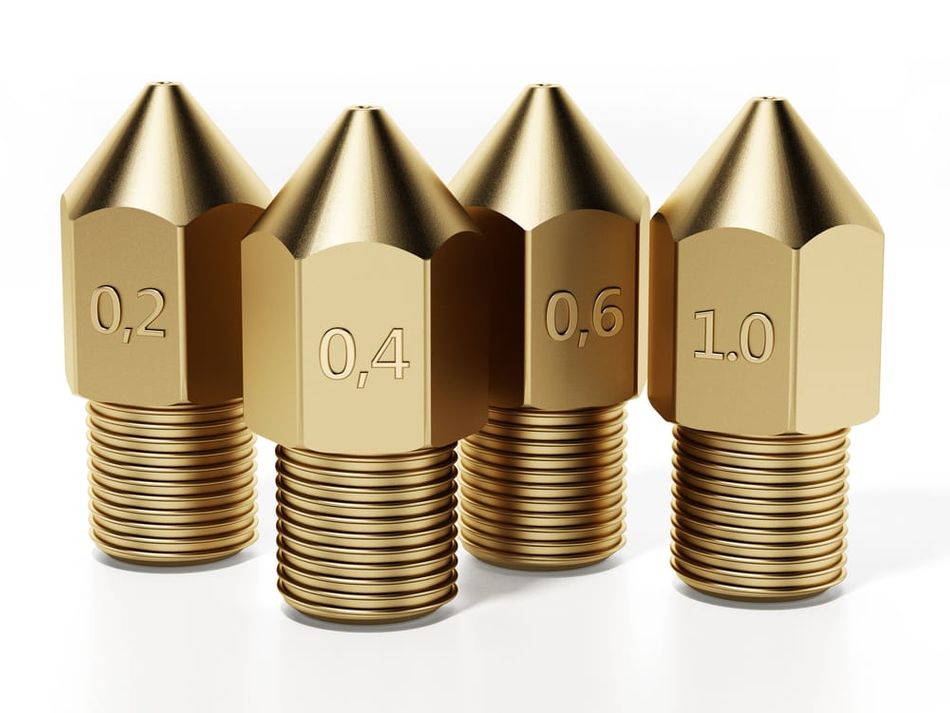 Another way to reduce overall print time for ABS parts is to use a greater layer height. Although this reduces the Z-axis resolution of your prints — resulting in more visible layer lines on curved outer walls — it means that a smaller number of layers is needed to complete the part.

While the visual appearance of curved parts will suffer when using a greater layer height, the setting will have less of an impact on parts with sides that run parallel to the print bed, such as cubes.

We have touched on the fact that low-quality 3D printers are less able to handle fast printing speeds as their components can shake around, causing misalignment and various defects. Consequently, if you want to 3D print ABS at the highest possible speed, you may need to invest in a more expensive printer with higher-quality components.

The coordinate system and mechanical setup of the FDM printer also affects the maximum print speed. In general, Delta-style machines can print faster than rectilinear ones, while CoreXY machines offer good stability with minimal vibration.

If speed is a top priority, you might consider whether the parts absolutely need to be printed in ABS. If there is no requirement for impact resistance, durability, and heat resistance, then PLA may be a suitable alternative that permits faster print speeds.

ABS offers desirable properties like temperature resistance, impact resistance, and durability, though these benefits should be weighed up against drawbacks like toxic fumes and a slightly steeper learning curve than PLA.

Another limitation of ABS is its maximum print speed. Although it can be printed faster than, for example, flexible filaments, it cannot be printed as fast as PLA without suffering from issues like warping and imperfections. In general, it is best to stick to a maximum print speed of 60 mm/s when using ABS, reducing that rate even lower for critical parts.

3D Printer Cost of Ownership: What You Need to Consider

Read how Kawasaki Motors Corp.’s Lincoln, USA manufacturing facility saved up to 85% of costs on production tooling by optimizing automotive and aerospace production with BigRep’s large-format additive manufacturing systems. Kawasaki wasn’t a stranger to 3D printing before diving into large-format with their BigRep. By opting to invest in their own facility instead of depending on outsourcing, Kawasaki brought supply chains in house, streamlined engineering and logistical workflows, and returned their investment in just 6 months.

3D Printer Cost of Ownership: What You Need to Consider

There are many factors to consider when purchasing a 3D printer, such as material capabilities, build size, purpose and future intention. However, one conversation that OEMs are afraid to have with prospects and clients is the true cost of ownership.