FAV is a ferrofluid audio visualizer. Ferrofluid is a material first developed by NASA in the 1960s. It has been used for fuel transport in zero-gravity space, spacecraft, and sealing connections in space suits. In modern times, it is used as a damper for high-end speakers, a rotating shaft for motors, and gas sealing. The composition of the magnetic fluid is very fine iron particles and a surfactant coated on it, and base oil. It is a liquid magnetic substance that does not sink because it is so small that it is invisible to the naked eye and is evenly distributed in the base oil due to the surfactant component.

Research and Design of FAV

In addition, it does not change easily by using a high-quality magnetic fluid and a transparent liquid developed exclusively for display. Developed in close collaboration with partners with world-class technology. 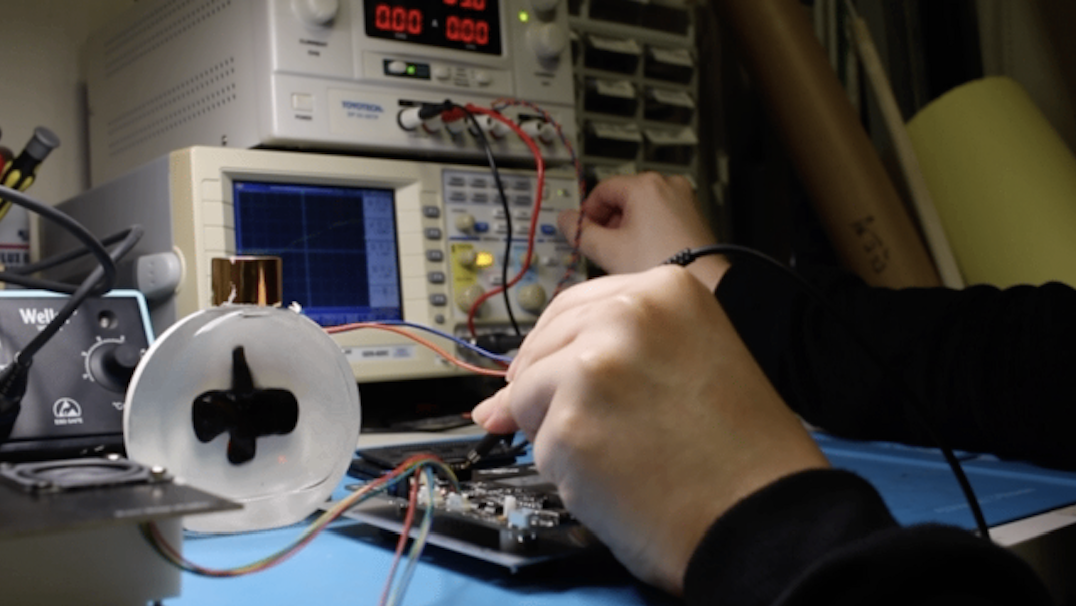 Magnetic fluid is characterized by being easily changed in a transparent aqueous solution. If you move vigorously like in FAV, the rate of degradation increases exponentially. BurnSlap has been working with partners to solve these problems.

In addition, to directly verify this, a specially designed test device was designed and manufactured to test the quality of magnetic fluid in an environment similar to FAV. We are working towards more reliable life expectancy estimates.

The unique movement of the magnetic fluid created by the FAV creates a more beautiful movement with an independently developed hardware circuit design and software algorithm. In the meantime, the operation and function have been improved through various device and circuit modifications.

In addition, the electromagnet used as the core component was designed by BurnSlap. This is because it is difficult to make the movement of a fluid attractive with existing off-the-shelf electromagnets. It is made with Burnslap’s proprietary technology designed to harmonize the size and shape of the magnetic field and energy efficiency. 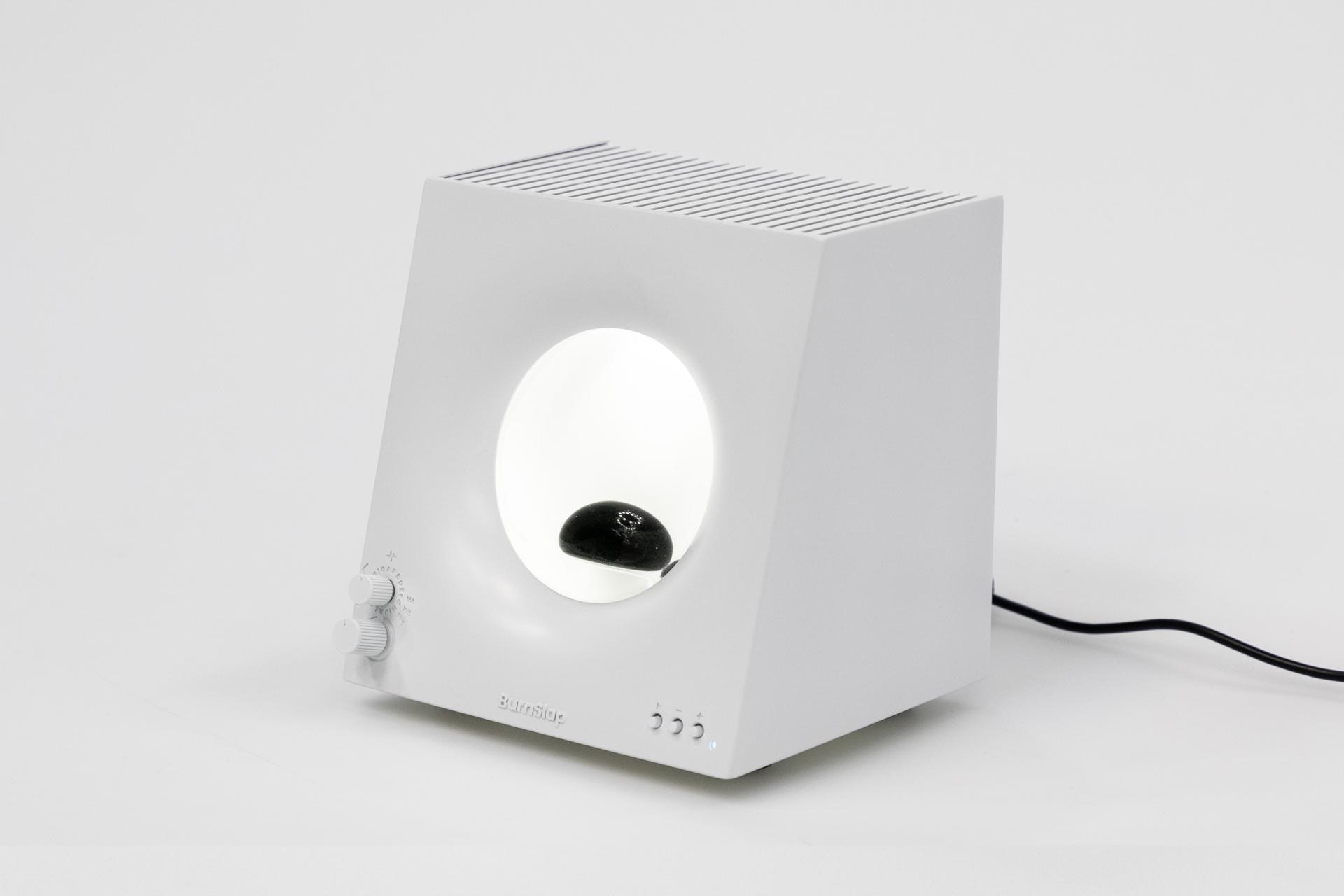 FAV has wireless and wired speaker function. It sounds pretty decent among 5W speakers. It may be not up to the standards of audiophiles, that is why BurnSlap provides an AUX terminal so that excellent speakers from other companies can be used. In addition, the pass-through function is possible through the line input terminal, and you can see the FAV responding to all sounds by connecting a microphone. 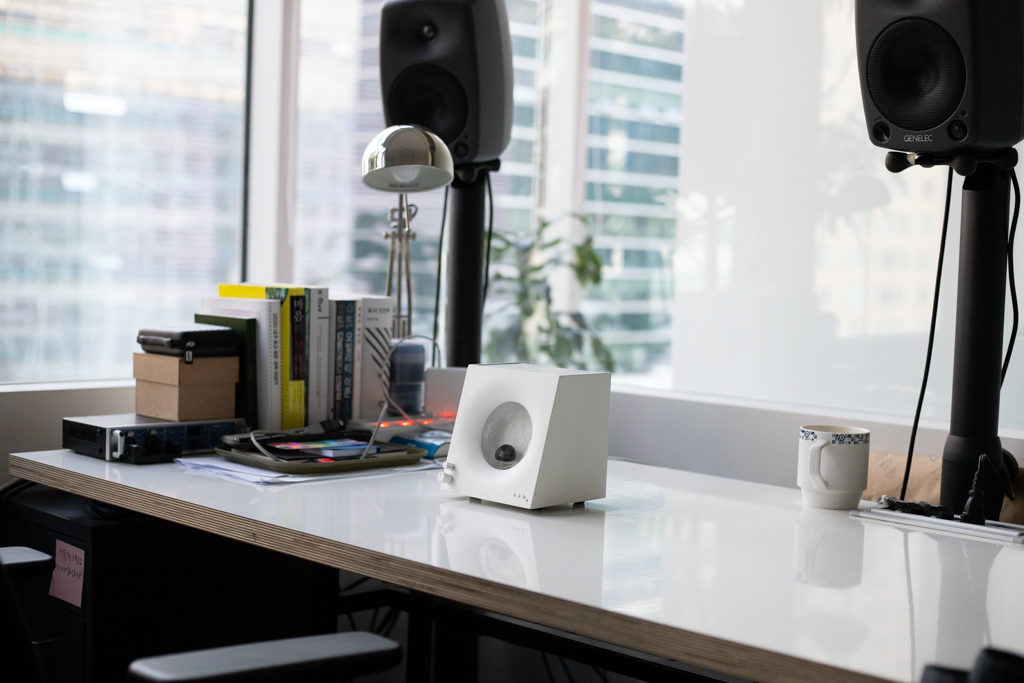 DAKD JUNG, who developed FAV, is a technology-based installation artist who is active in Korea. Since 2016, he has been creating installation art works using magnetic fluids, mainly focusing on the study of visual expression on the movement of fluids.

Researchers at the National Institute of Standards and Technology (NIST) have boosted the sensitivity of their atomic radio receiver a hundredfold by enclosing the small glass cylinder of cesium atoms inside what looks like custom copper “headphones.”

MIT engineers have developed a paper-thin loudspeaker that can turn any surface into an active audio source.

Data-driven app brings 'voice of the visitor' to museum experiences

The tool provides visitors with an engaging way to communicate their experiences, while helping museums to consider this feedback when developing exhibits and other attractions.