More than twenty years after the introduction of the term “Internet of Things” (IoT), the world is gradually becoming connected by millions of sensors and devices. IoT devices are already used for better- and smarter living, saving costs and improving the quality of life.

The market demand for smart devices and their applications is experiencing dynamic growth as more and more consumers are looking to leverage the comfort, energy efficiency, and security benefits of smart technologies. According to Statista market research the global IoT market will be worth around 1.6 trillion US dollars by 2025.

One of the factors that propels this market growth is the emerging wave of “intuitive sensing” applications, which enable humans to interact with smart devices in a more natural and seamless way than ever before. The deployment of intuitive sensing relies on a range of non-intrusive sensing systems, which endow IoT applications with novel perceptive capabilities. Intuitive sensing systems enable IoT applications to “see”, “hear”, “smell”, “perceive” and understand the surrounding environment. In this way, they open new horizons for IoT technology in a variety of areas such as smart homes, security and industry.

In the scope of IoT systems and applications, a radar sensor is a device that is capable of sensing and potentially tracking one or more objects. In contrast to other Radio Frequency (RF) based passive/active wireless sensor systems, radar sensors are active, i.e., they can send out pulses and receive their echoes. Radar technology makes it possible to estimate the target’s speed, direction, and range (i.e., distance from the radar transmitter/receiver). Moreover, there are radar sensors that can detect small movements and even the presence of humans due to their high sensitivity towards the smallest motions.

Overall, the key advantages of highly sensitive radar technology for IoT applications include:

Based on the above-listed properties, radar sensors can be used in many possible scenarios. However, their most common application is to detect movements and the presence (or absence) of targets such as people, vehicles, and animals.

Motion detection is an important capability for many IoT applications, including security monitoring, energy management, human-computer interaction (e.g., gesture recognition), and medical monitoring i.e., tracking of heart and respiration rate. The technology traditionally used for motion detection is passive infrared (PIR) sensors. Passive infrared motion sensors have been commonly used for detecting people moving around a space. They have been around for decades and have become ubiquitous i.e., they can be found in lighting fixtures, security systems, and automatic doors, among other places.

However, there are significant limitations associated with the deployment and use of PIR sensors, such as false alarms due to pets and other sources of infrared radiation in the environment, interference from other sources that operate on the same frequency range (e.g., TV remote control), limited sensing range and lack of directional information. Specifically, PIR sensors require a direct line of sight to detect motion, and their detection range is limited to the area directly in front of the sensor. Also, they usually require a significant movement in order to be triggered. For instance, it’s quite common for users to wave their hand in front of a PIR sensor in order to ensure that a smart home command is understood.

Radar technology alleviates the above-listed problems and limitations for motion detection. For example, radar sensors enable IoT applications to reliably tell the presence or absence of people in a room, independently of how fast and how much they are moving. Moreover, radar sensors are so precise that they can detect a human's breathing or heartbeat. This is not possible with PIR sensors that can only detect temperature changes caused by objects passing through their field of view.

Radar sensors operate in different frequencies. A rich set of radar technologies operate at 24GHz with the bandwidth for FMCW (Frequency Modulated Continuous Wave) radar operations covering up to 250MHz within the regulated ISM (Industrial, Scientific, and Medical) band. This technology is extensively used in outdoor use cases, since it offers high detection range and is very robust to environmental influences (e.g., humidity).

While the 24GHz band is limited to the ISM band, there is a 7GHz unregulated bandwidth available around 60GHz. Hence, 60GHz radar technology has been developed to help create more powerful applications and products, notably applications requiring large bandwidth operations and close proximity sensing applications. Specifically, 60GHz radar technology can detect motions and complex gestures at a finer level of granularity and with better accuracy than 24GHz technology.  This makes 60GHz technology an ideal choice for use in applications like occupancy sensing, human tracking, and segmentation, materials classification, as well as monitoring of human vital signs at a distance. Moreover, the micro-motion detection capabilities of 60GHz radar technologies make it appropriate for the emerging wave of Augmented Reality (AR) and Virtual Reality (VR) applications that will empower the Metaverse. This is the reason why 60GHz radar chipsets are already being integrated into HMDs (Head Mounted Displays) by various manufacturers. 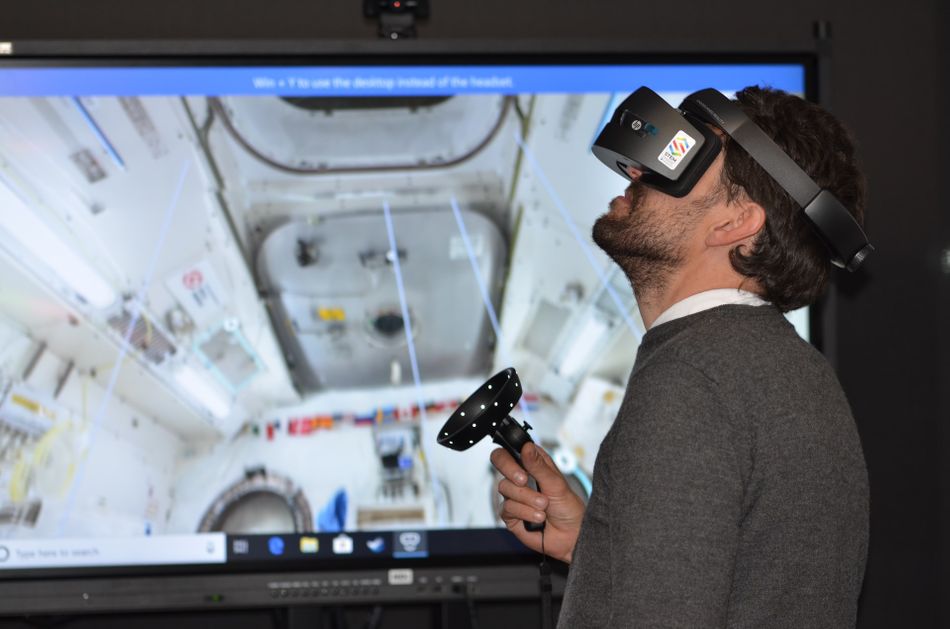 Smart homes represent one of the fastest-growing segments of the IoT market. It is also the segment where radar technology acts as a catalyst for improving applications’ functionalities, accuracy, energy consumption, and cost. Specifically, the emerging availability of low-cost, low-power radar sensors enables a new generation of smart home applications ranging from enhanced security and safety through to improved convenience and comfort. Some of the most prominent examples of radar-enabled functionalities in smart homes include:

Most of these functionalities can be captured based on body movement at a distance, even in poor lighting conditions. Moreover, they are delivered in a non-intrusive manner for the home’s occupants. The latter can move freely around the house without tripping false alarms from optical motion detectors mounted on walls or ceilings.

The Era of Intuitive Sensing

Latest advances in radar technology open new opportunities for pervasive and user-friendly IoT applications.  These opportunities lead to the era of intuitive sensing, which is characterized by simple, effortless, and natural interactions with all kinds of smart devices. Intuitive sensing is a powerful enabler of non-obtrusive applications that make our lives easier, safer, greener, and more efficient.

Infineon is among the industry’s leaders in intuitive sensing solutions leveraging on its autonomous, small-sized, user-friendly radar solutions, which include both 24GHz and 60GHz solutions.  The company’s XENSIV™ family of sensors includes a rich set of exceptionally precise radar sensors, which are the perfect fit for various customer applications in automotive, industrial, and consumer markets. In all these markets, XENSIV™ deployments deliver fast time-to-market and significant energy efficiency. As such they are a solid choice for improving deployers' bottom lines while helping them achieve ambitious sustainability targets.

Overall, recent advances in radar technology make it a powerful enabler of the next generation of accurate, user-friendly, and intuitive IoT applications that deliver great performance and handle environmental impact intelligently. In this context, IoT deployers and solution integrators cannot afford to ignore radar technology when designing and developing their applications.

About the sponsor: Infineon Technologies

Infineon Technologies AG is a world leader in semiconductor solutions that make life easier, safer and greener. Microelectronics from Infineon are the key to a better future. With around 50,280 employees worldwide, Infineon generated revenue of about €11.1 billion in the 2021 fiscal year (ending 30 September) and is one of the ten largest semiconductor companies worldwide. To learn more click here.

John Soldatos holds a PhD in Electrical & Computer Engineering from the National Technical University of Athens (2000) and is currently Honorary Research Fellow at the University of Glasgow, UK (2014-present). He was Associate Professor and Head of the Internet of Things (IoT) Group at the Athens In... learn more

What Is a CO2 Sensor and How Does It Work?

Micro-Doppler radars could soon be used in clinical settings to predict injury risk and track recovery progress, according to Penn State researchers.