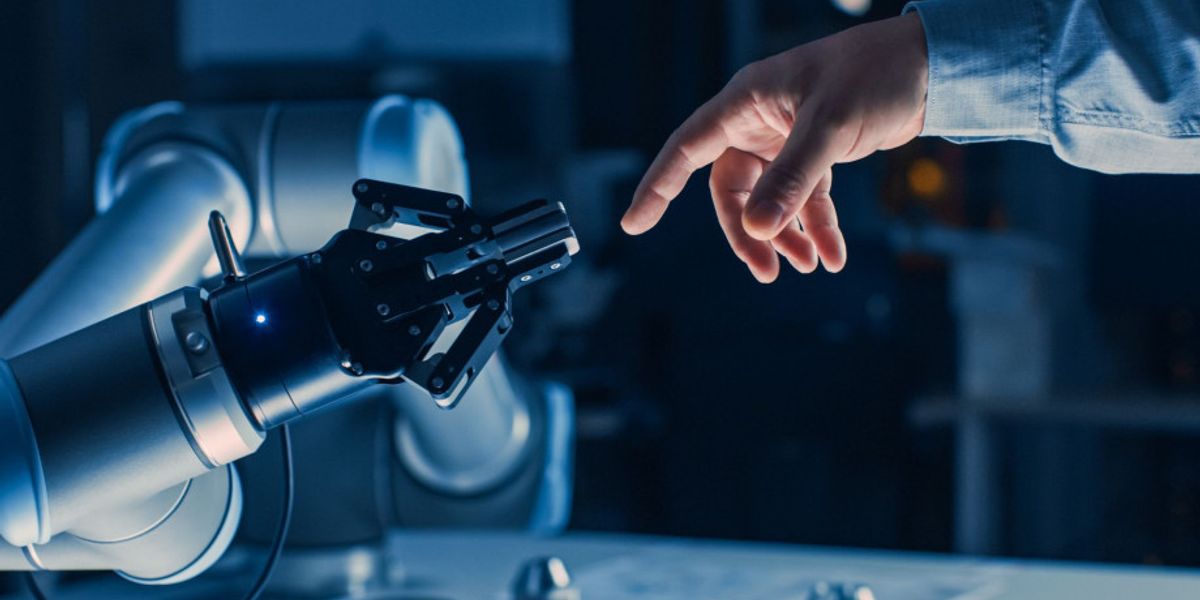 Cybernetics can help to create a safe, sustainable and responsible future in a complex world.

Cybernetics is not just about robots and artificial intelligence (AI), and whether humans will become cyborgs or if computers will come to dominate people.

Despite its history dating back to the 1940s-when computing technology boomed in the post-Second World War period-the field of cybernetics remains widely misunderstood.

In fact, cybernetics also includes the understandings of complexity used by Aboriginal and Torres Strait Islander peoples, and the role of technologies in caring for Country and community.

Now more than ever, as our experiences and relationships are increasingly mediated by the digital world, we must ensure that technology helps rather than harms us.

Professor Katherine Daniell from the new ANU School of Cybernetics explains how cybernetics can help to create a safe, sustainable and responsible future in a complex world.

Put simply, cybernetics looks at the intended and unintended consequences of technology for people and the planet.

It aims to ensure humans and the environment are at the forefront of technological innovation and that new systems are safe in a changing world.

"Cybernetics allows us to think of the interplay between technology, society and the environment," Daniell says. "It looks at the interactions between parts of complex systems through processes like feedback and communication."

Rather than seeing technology as something that determines social structures and cultural values, cybernetics focuses on the role of technology as part of society and the broader systems of our world.

"Cybernetics isn't just about artificial intelligence, it can be about the overland telegraph line, or the steam engine, or Aboriginal fish traps," Daniell says.

"Cybernetics allows the big challenges of our time to be navigated collectively not separately. It provides tools and techniques to look for solutions that integrate technology and its social and environmental implications."

How did cybernetics come about?

The term cybernetics came into the English language in the 1940s as a response to the rapid growth of computing technology following the Second World War. During the war, computing developments saw the emergence of the first large-scale electronic computer that was used to calculate missile trajectories. Wartime code encrypting and breaking can also be recognised as early stages of computing.

However, the field existed long before then. Cybernetics stems from the Greek word κυβερνήτης (kybernētēs), meaning "those who steer or govern".

Daniell explains that cybernetics is a universal concept and pays respect to Indigenous voices, which have always thought in complex systems.

"In Australia, Indigenous peoples are our first cyberneticists because of the way they have always been, and continue to think through, multifaceted approaches," Daniell says.

"This is as apparent with the Brewarrina and Budj Bim Aboriginal fish traps, as with the engagement of Indigenous businesses developing new and responsible ways of using technologies."

ANU Indigenous Alumna of the Year from and partner of the School of Cybernetics, Cabrogal woman Mikaela Jade, is the founder of such a business, which uses the AI technology development to tell cultural stories and provide education in science, technology, engineering and mathematics.

Why is cybernetics important?

Cybernetics is a framework that can be applied to any large and complex problem, such as climate change, Daniell says. As such, it has the power to help anticipate and solve some of the biggest challenges we face in the 21st century.

Cybernetics researchers looking at climate change ask questions about the relationships between increasingly extreme climatic events and their impact on society, instead of simply focusing on technological advances to reduce greenhouse gas emissions.

"Cybernetics looks at the design and development of renewable energy systems like hydropower or battery storage and seeks to uncover the impact on groups and environments that may have been outside the initial system design," Daniell says.

"The unintended consequences of poorly designed energy and water efficiency systems can include mental health impacts and reduced ability or willingness to make positive decisions for the planet," Daniell explains.

The field of cybernetics is of course also tackling what it means to be human in a digital world, where we live alongside robots and AI. As billions of dollars in funding and research are invested in AI, there are many concerns and questions to be addressed. For example, can AI have racist or sexist tendencies?

"It may not be that the AI is racist or sexist, but that these characteristics are embedded in the historical record of the society which built, and is still interacting with it," Daniell explains.

By understanding the technologies and their interactions with societies and environments, cybernetics allows these questions to be put in context and develop a way forward when change is required.

"By bringing together a range of disciplines, cybernetics looks towards sustainably and responsibly building the world we want to live in," Daniell says.

ANU has launched a first-of-its-kind school dedicated to cybernetics. By drawing on the history of cybernetics and reimagining it for 21st century challenges, the new ANU School of Cybernetics will deliver teaching and research addressing the role of technology in building our future and what it means to be human in a digital world.

The Australian National University (ANU) is one of Australia's premier universities and ranked amongst the best in the world. It was created by Federal Parliament in 1946 to drive the nation forward and advance Australia's international standing through research and education of the highest quality....

In this episode, we talk about our favorite episodes from 2022, our success and failures, and our goals for the new year.

A consortium of Swiss research institutes has begun working on UrbanTwin to make an AI driven, ecologically sensitive model of the energy, water and waste systems the town of Aigle to help boost sustainability.